15 killed in Kabul blast as Afghans vote in polls

10 civilians, 5 police officers were killed when the bomber tried to enter a polling station, more than 25 were wounded 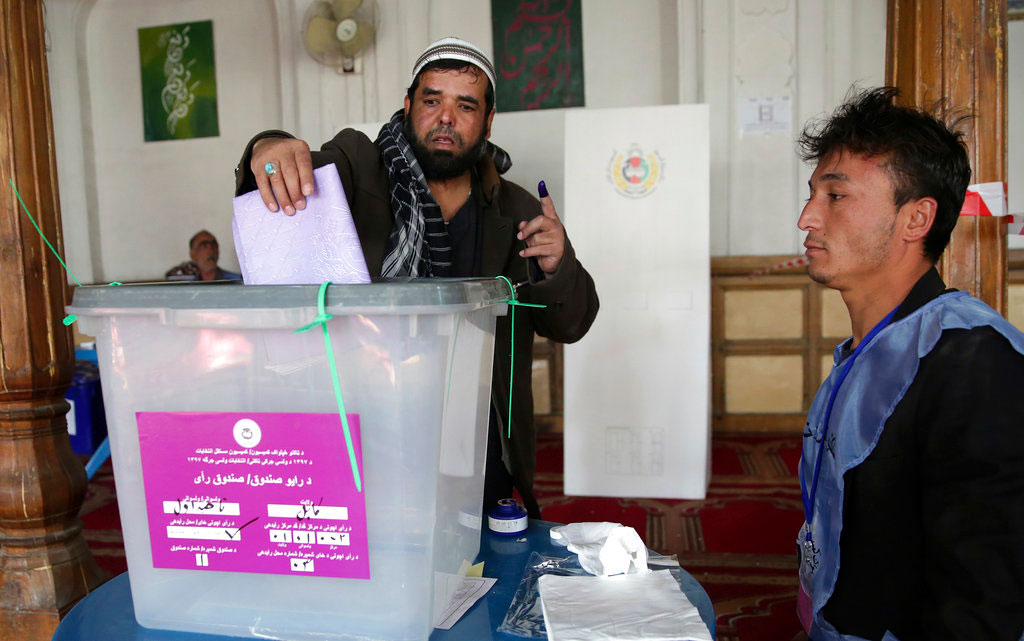 A man casts his vote in Parliamentary elections in old city of Kabul, Afghanistan, on Saturday. Tens of thousands of Afghan forces fanned out across the country as voting began Saturday in the elections that followed a campaign marred by relentless violence.
(AP Photo)
Reuters   |   Kabul   |   Published 20.10.18, 07:58 PM

A suicide bomber blew himself up in the Afghan capital on Saturday, killing at least 15 people as voting concluded in parliamentary elections that were overshadowed by the threat of attacks and serious organisational problems.

Voting should have been concluded by the time the attacker struck in an area to the north of Kabul, but polling stations were kept open longer than normal to cope with large numbers of people who had been unable to vote.

Ten civilians and five police officers were killed when the bomber tried to enter a polling station and more than 25 were wounded, a senior security official said. The attack appeared to have been the most serious of a day marked by a series of smaller-scale incidents that caused dozens of casualties across the country.

There was no immediate claim of responsibility.

Taliban militants have issued a series of statements telling people not to take part in what they consider a foreign-imposed process and warning election centres may be attacked.

The Independent Election Commission, the body overseeing the ballot, said voting hours would be extended in some centres to cope with demand and some polling stations, which had not opened at all, would be open on Sunday.