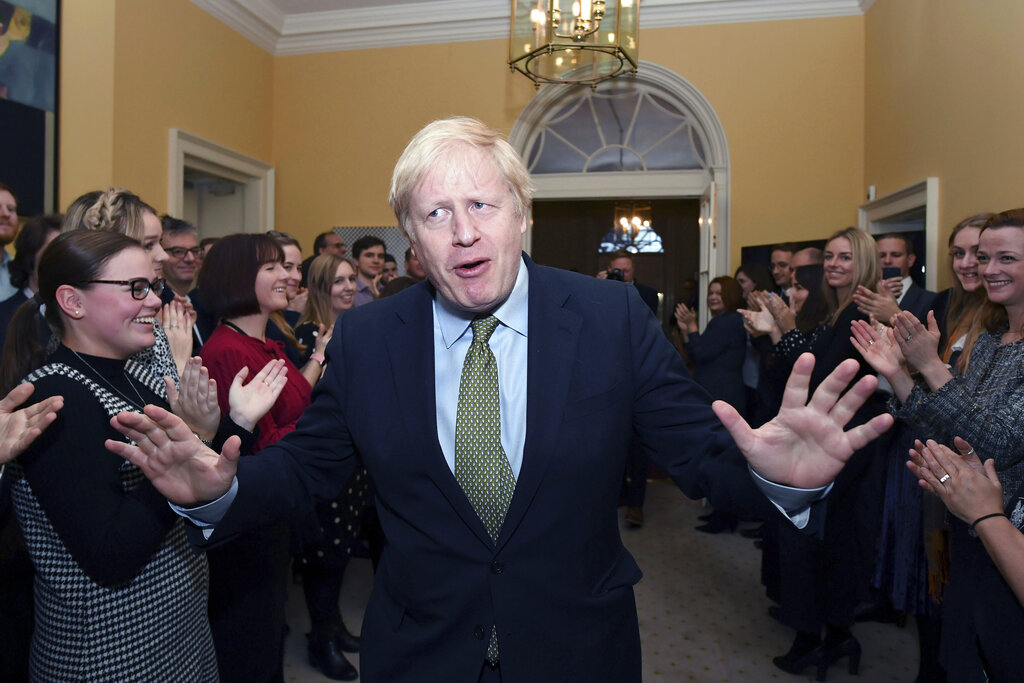 A record 15 Indian-origin politicians entered the UK's House of Commons on Friday after a historic election won by Prime Minister Boris Johnson.

Indian-origin candidates across both the ruling Conservative and Opposition Labour parties registered equally strong results of seven wins each in the UK's General Election on Thursday, with around a dozen MPs retaining their seats alongside some new faces, taking their number in the nation's Lower House up to 15.

Prime Minister Johnson emphatic victory set the UK on course for an exit from the European Union (EU) next month. The new Parliament voted in also produced the most diverse Parliament ever, with one in 10 MPs now from an ethnic minority background.

All the MPs from the previous Parliament contesting this time were successful in clinching their seats, with Gagan Mohindra and Claire Coutinho for the Conservative Party, Navendru Mishra for Labour and Munira Wilson for the Liberal Democrats among the first-timers.

'The better our Parliament reflects the diversity within the country, the more likely it is that all voices will be represented,' said Wilson, who took over from Liberal Democrats grandee Vince Cable in the south-west London constituency of Twickenham.

'Time to Get Brexit Done and get on with investing in our schools, hospitals and police to keep our streets safe,' said Goan-origin Coutinho, in reference to the central Conservative Party message, which clearly resonated with the voters in the polls.

She won the Surrey East Tory-held seat polling 35,624 votes, with an impressive majority of 24,040 for the party. Mohindra also won his Hertfordshire South West seat decisively with 30,327 votes and a majority of 14,408.

The other Tories to return to the Commons with comfortable wins include Priti Patel, the former UK homes secretary who is likely to remain in Johnson's top team in the new cabinet as well.

'This has been a hard-fought election in a very cold time of the year because we needed a functioning Conservative majority, said Patel, who polled 32,876 votes at her Witham constituency in Essex and held on to a majority of 24,082 for the party.

'We are committed to deliver on priorities and getting Brexit done is a priority. The deal is there, we want to move forward, she said.

Her fellow cabinet colleagues in the previous Johnson-led government also had a good night, with Rishi Sunak the son-in-law of Infosys co-founder Narayana Murthy clinching 36,693 votes, marking a majority for the Tories of 27,210. Alok Sharma, the former international development minister, polled 24,393 votes to win from Reading West.

The pro-Brexit MP thanked her constituency team for its unstinting support and hard work.

'Great teamwork in the rain, the cold and the dark! All patriots who want to Get Brexit Done with Boris Johnson,' she tweeted soon after the result was declared.

Thank you @FarehamTories @Conservatives for your unstinting support. Great teamwork in the rain, the cold and the dark! All patriots who want to #GetBrexitDone with @BorisJohnson #GE2109 pic.twitter.com/cVkjQmKaa4

The Opposition Labour Party had a disastrous night overall, losing key seats in its heartlands in the north, but for all the Indian-origin MPs from the last Parliament there was a reason to celebrate.

Navendru Mishra bagged 21,695 votes to clinch the Stockport seat and become a first-time MP for the party.

Preet Kaur Gill, who had made history in the last election as the first British Sikh female MP, was re-elected from Birmingham Edgbaston with 21,217 votes.

Veteran MP Virendra Sharma, who had been under pressure by forces within his own party, had a comfortable win from Ealing Southall with 25,678 votes. The others holding on to their seats included Lisa Nandy who won Wigan with 21,042 votes and Seema Malhotra clinched Feltham and Heston with 24,876 votes.

Valerie Vaz, the sister of scandal-hit former MP Keith Vaz who had stepped down ahead of the election, held on to her Walsall South seat with 20,872 votes, beating Indian-origin Tory candidate Gurjit Bains.

'Parties faced serious challenges during the campaign over prejudice and racism. The increasing number of ethnic minority MPs can play an important role in ensuring each party does put its house in order and shows that it can appeal to citizens of any ethnic or faith background, said Sunder Katwala, Director of the integration think tank British Future, which hailed the latest figures as a sign of progress.

The far-right Brexit Party, which had fielded a number of Indian-origin candidates, failed to make a dent in the election, which marked the biggest win for the Conservatives since the 1980s.