11 years after trying to kill each other, ex-marine meets Talib again

Mullah Abdul Rahim Gulab was part of a group of Taliban fighters trying to defend the district from the thousands of American, coalition and Afghan troops 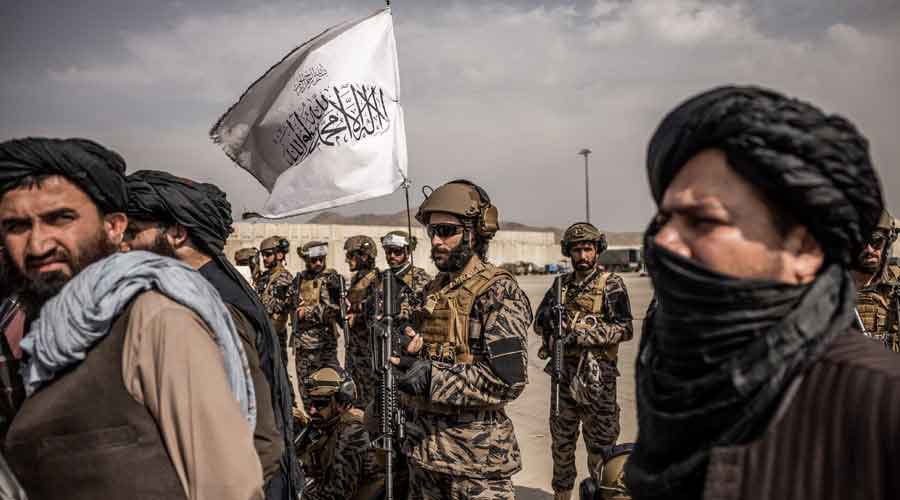 It was 2010, and the Taliban were once again becoming a potent military force, threatening nearly every part of Afghanistan.
File photo
Thomas Gibbons-Neff   |   Marja, Afghanistan   |   Published 31.12.21, 02:58 AM

The tea was hot. The room, oppressive and dusty. And the Taliban commander I sat across from in a bullet-scarred building in southern Afghanistan had tried to kill me a little over a decade ago.

As I had tried to kill him.

We both remember that morning well: February 13, 2010, Marja district, Helmand Province. We were about the same age: 22. It was very cold.

Mullah Abdul Rahim Gulab was part of a group of Taliban fighters trying to defend the district from the thousands of American, coalition and Afghan troops sent to seize what at the time was an important Taliban stronghold.

He didn’t know it when we recently met, but I was a corporal in a company of Marines that his fighters attacked that winter morning so many years ago.

With the insurgents’ victory in that 20-year war secured this summer, Gulab, now a high-level commander, was sitting with me in Marja’s government headquarters, a mess of a building the Americans had refurbished years ago.

I was his guest, along with two of my colleagues from The New York Times. I told him that the fight for Marja had been important in the eyes of the US, but that most people had heard only one version of the story of the battle. Not the Taliban perspective.

It was 2010, and the Taliban were once again becoming a potent military force, threatening nearly every part of Afghanistan. In Marja, the insurgents were taxing local residents, administering cruel and quick justice, and taking in a significant amount of income from the poppy harvest.

Operation Moshtarak, as the US military called the 2010 mission to seize the district, was the first set-piece battle of President Barack Obama’s counterinsurgency troop surge, which failed.

Eleven years later, Gulab and I still remember the call to prayer that February morning in the village of Koru Chareh, a hamlet set amid half-flooded poppy fields, not far from the centre of Marja. The surrounding trees, leafless, looked like dead outstretched hands.

“The skies over Marja were full of helicopters, and dropped American soldiers in different areas,” Gulab said.

I had just moved with my team of seven other Marines to a small mud-brick pump house, having landed with more than 250 other troops a few hours earlier. As the sun rose, Gulab gathered his band of Taliban fighters from a nearby village.

Soon after, the mullah, loud and angry, came over the mosque loudspeaker. Gulab and his Taliban fighters prayed.

Then the shooting started.

“It was a very tough fight,” Gulab said.

He wasn’t wrong. By the end of the day, a Marine engineer was dead and several others wounded. The insurgents suffered their own casualties.

With the war ending this August, the places where I had once fought as a Marine are now reachable again — stretches of land where my friends died and I watched my country’s military failures unfold. Now, as a journalist for The Times, I wanted to return to report on what had changed, and what hadn’t, on and around these former battlefields.

In November, my drive back to the district, now controlled by the Taliban, was easy enough. The roads were busy with motorbikes and trucks packed with cotton. The pavement was pockmarked with craters from the roadside bombs the insurgents had once placed beneath them. Abandoned military and police outposts dotted the highway like sporadic Stonehenges.

Marja was as I remembered, but some things had changed. There was a paved road. The canals were dry.

And the war was over.

The two-storied building we had once occupied as a command centre, where my friends Matt Tooker and Matt Bostrom were shot that day in February, was now a midwives’ clinic.

On this trip back to Marja, men weren’t allowed inside. But through the cracked door, I could see the steps where my wounded friends had sat, bandaged, on painkillers and smiling, before the evacuation helicopter swooped in.

Around the same time that a Taliban marksman put a burst of gunfire into my teammates, Gulab lost one of his fighters — as if the pendulum of violence that played out that day was trying to balance itself.

“My friends were shooting at the foreigners from a garden and one was killed,” Gulab said, before explaining how his men planted explosives meant for advancing Marines like me.

“For each IED, one Talib was there to detonate it,” he said.

Gulab joined the Taliban in 2005, a year before I enlisted in the Marines. He had just lost two brothers in the fighting, both Talibs.

I grew up in the Connecticut suburbs. Gulab grew up in an isolated and mountainous part of Helmand Province.

“When I was a child I was going to the madrasa, and our mullah was telling us, ‘The foreigners want to occupy our country, and you guys, you should be ready to defeat them,’” Gulab explained. “I hoped to join the mujahideen.”

By the time I landed in Marja, Gulab was a seasoned fighter who had survived American airstrikes as the steady churn of US and Nato troops flooded into southern Afghanistan.

He was in charge of about 60 fighters and understood how to navigate the rules of engagement that kept foreign troops from killing unarmed Taliban fighters who tossed their weapons into the nearest ditch.

Whenever US forces got close, Gulab said, “We would drop our weapons and then come out on the streets and say ‘hi’ to them, and they’d ask us, ‘Where are the Taliban?’ and we’d reply, ‘We don’t know’. After that, kids and villagers would collect our weapons and keep them in their homes until we got them back.”

Gulab said his fighters would use children to spot patrols and call his men as soon as the Americans left their posts. He mentioned it as a casual aside, but a decade ago, as we started to learn that eight-year-olds were putting our friends’ lives at risk, we wondered — and argued about — how far we’d be willing go to make sure none of us died in a war we had already realised we were losing.

As Gulab recounted his memories of all the ways his friends killed my friends and vice versa, I looked at his rifle next to my right arm. He had propped it in the chair next to me before I sat down. It was an American M4 carbine, much like the one I carried in 2010.

For a brief moment I was in between time, between the beginning of my war and its end.

The rifle was a familiar tool, once an extension of myself and always within arm’s reach. But now that it was no longer needed, it was little more than a mass of plastic and steel, and it had no bearing on how I interacted with Marja and Gulab. He was no longer an enemy but a man sitting on the floor, pondering his next sentence. He wasn’t fighting in a war that seemed like it would never end. And neither was I.

He had won his war. I had lost mine.

I went home from Afghanistan in July 2010. Five years later, the Marja district collapsed to the Taliban, except for a few outposts. Then this summer, roughly two weeks before Kabul fell, the Taliban seized it completely.

“I am very happy that foreigners left the country and it is over,” Gulab said. “We don’t need to kill them, and they are not killing my friends.”

Throughout the interview, I wanted to tell him I had been a Marine. That I had been in Marja on February 13, 2010, and that I had fought against him. I wanted to say I was sorry for all of it: the needless death, the loss. His friends. My friends.

But I said nothing. I stood up, shook his hand, smiled.

And I left Marja.