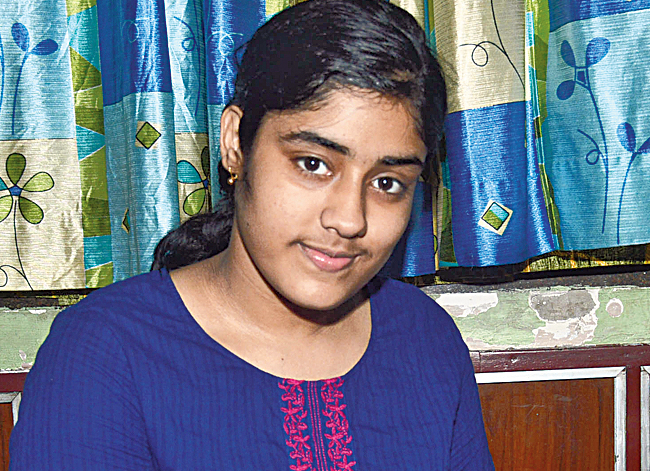 Dipak Haldar, an ENT specialist with the Panihati State General Hospital, was on an autorickshaw on the way to work on Wednesday morning when his cellphone rang. “Is Suchana there? Madam wants to speak to her,” said the voice, asking for his daughter away in school. On being informed of her unavailability, he was told Madam wanted to speak to him. 'It was our chief minister!” he recalled.

Haldar’s daughter Suchana had come fourth across India and first in the city with a score of 99.2 per cent in CBSE Class X examination, the result of which was published on Monday. And if Suchana was away, the reason was her Class XI session had already started! “I got admitted to Class XI in mid-February, even before my Class X Board exam. Our classes started on April 17, soon after the Boards ended on March 29. That’s how it works in our school.” There is so much competition to get the science stream that an admission test takes place in South Point and the top 150 students get to choose their stream. “As long as we score more than 60 per cent in the Boards, we are fine. But of course everyone who qualifies in that extremely tough test does far better than 60 per cent in the Boards too,” she smiled. 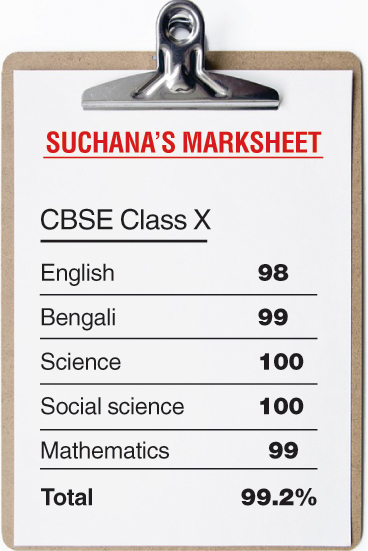 But this also means that till January, Suchana was busy with the admission test rather than the Board exam. Not that it harmed her preparation in any way.

Suchana’s result was checked on his mobile phone by her father, but not before he checked his son’s result. Suchana and Saswata are non-identical twins. “My son cares only for mathematics, while my daughter prefers the other subjects. Both of them study in the same school.”

Saswata had scored 95 per cent. But when he saw Suchana’s marks, he rushed to the next room with tears in his eyes. “He kept saying I would get a national rank. It was a highly emotional moment for all of us,” smiled the girl.

The feeling of being the city topper has not sunk in yet. “Let the CBSE declare the ranks first,” she said. 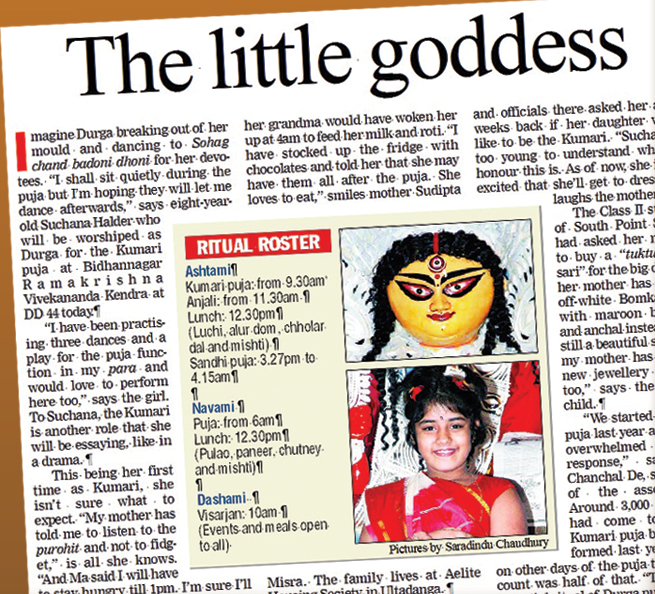 Ironically she was ranked 122 in the Class XI admission test in school. Her brother fared better there — at 59th. “The competition in our school is cut-throat. Ranks keep changing from exam to exam,” she laughed.

His parents are members of Bidhan Sishu Udyan across the road. “My brother and I used to play table tennis (TT) there and I even represented the school in the zonal CBSE interschool sports and games competitions.” She does not have time for TT anymore but keeps up with her hobby of collecting foreign currency.

Both siblings have enrolled in bioscience. “I want to be a doctor. My father is my inspiration, the way he tries to reach medical care to far-flung areas like the Sunderbans by taking part in free health camps through Ramakrishna Mission, Rahara. I want to serve people like that.”