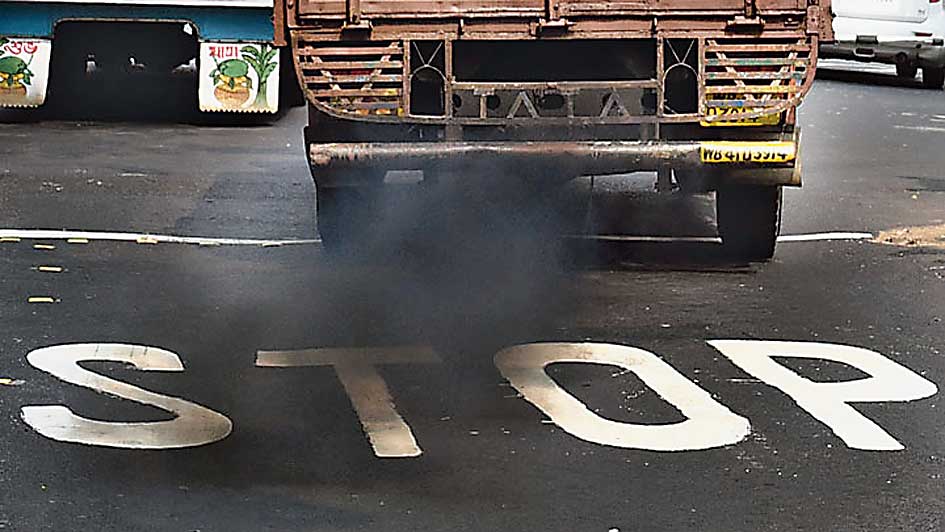 The Bengal government has decided to pull up officials in the transport department after asking them to explain how overloaded trucks and other goods vehicles have started plying on the roads when such a practice has been strictly banned.

Transport minister Firhad Hakim said on Monday that complaints of overloading of trucks were mostly pouring in from parts of Birbhum, Murshidabad and the two districts of Burdwan, where most of the sand and stone mine quarries are located.

“Chief minister Mamata Banerjee is keen to stop the practice of overloaded vehicles moving down roads and highways damaging the road surface,” Hakim said. “Huge amount of government exchequer is getting wasted regularly repairing roads and thoroughfares because of the wear and tear caused by movement of overloaded trucks.”

The minister later offered his WhastApp number and invited citizens to inform him with a picture of the vehicle along with the name of the road where it has been spotted moving down with overloaded materials.

“Overloading of goods vehicles has resumed in different parts of Bengal and the transport department is deeply concerned with this practice. I have instructed the transport secretary to seek an explanation from officers explaining how overloaded vehicles were being allowed to move down roads in the districts,” Hakim said on Monday.

“I will soon meet the chief secretary of the state to discuss ways how police can be utilised to identify the quarries across the districts from where overloading of materials is being carried out.”

Although the limit is 200 cubic feet — equivalent to 10 tonnes — per truck, a section of residents from parts of East Burdwan, Birbhum and Murshidabad have been complaining to the transport department topbrass about how often double that amount of sand was being ferried on trucks seriously hampering the condition of the road surfaces.

Senior officers in the transport department said sudden raids will be carried out across these districts and a vehicle found to be carrying items more than its capacity will be seized and the permit will be cancelled.