The protesters did not notify the authorities about their stir and blocked the road around noon, says an officer 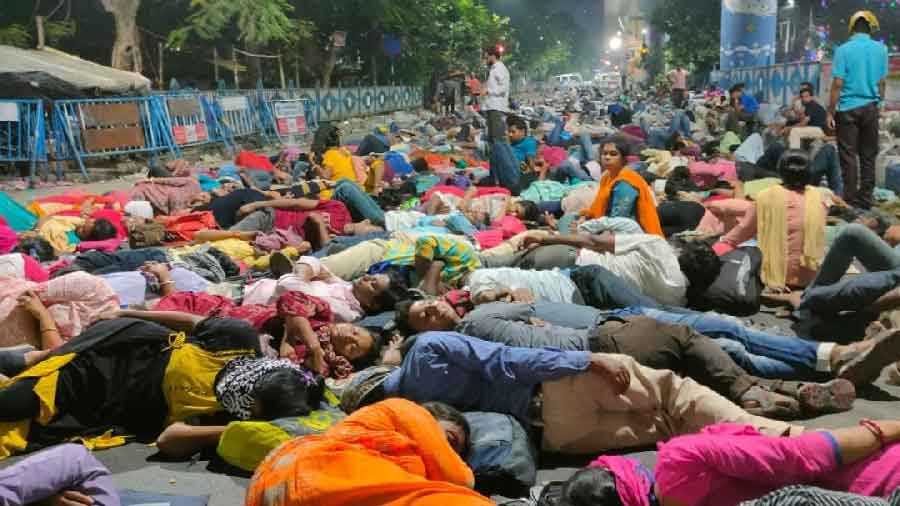 Nearly 100 teaching job aspirants demanding appointment in schools were detained in the Salt Lake area here on Tuesday for blocking a thoroughfare here without informing the authorities, a police officer said.

The protestors claimed to have been deprived of teaching jobs in state-run and state-aided upper primary, secondary and higher secondary schools despite having qualified in the recruitment tests conducted by the School Service Commission (SSC).

The incident happened at Karunamoyee crossing near Bikash Bhavan, the headquarters of the State Education Department.

"All of them were detained when they refused to clear the thoroughfare ignoring requests by the police," he said.

"The protestors did not notify the authorities about their stir and blocked the road around noon. We have reports they had plans to march towards Bikash Bhavan. They were detained and taken into waiting vehicles to the police station and later released," the officer said.

A placard displayed by one of the protestors Pijus Das read, "We are being physically manhandled for raising our rightful demand to get a job."

Meanwhile, the sit-in protests by another 100 SSC candidates, who claim to have qualified in past years but "did not find place in merit lists", continued for 594 days on the side of Mayo Road in the heart of the city.