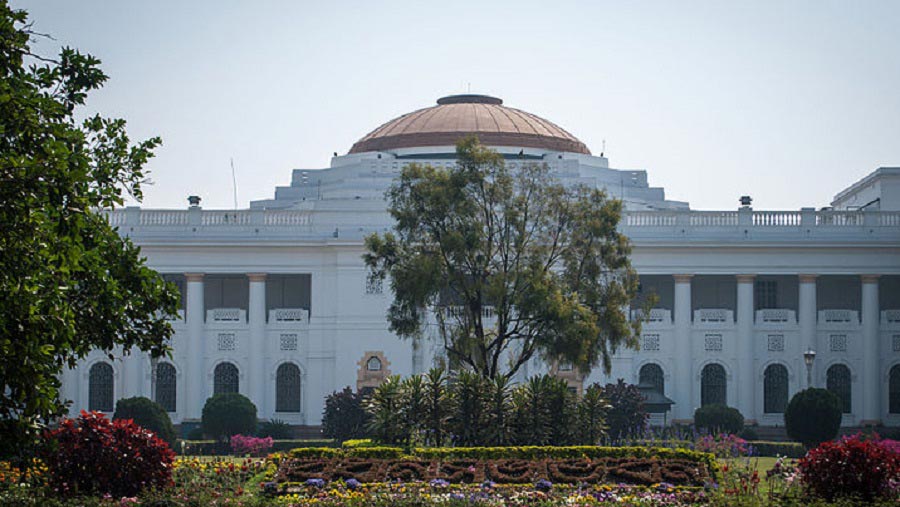 The winter session of West Bengal assembly will commence on November 18 and continue till November 30, Speaker Biman Banerjee said.

An all-party meeting and another Business Advisory (BA) committee meeting will be held next week to outline and discuss the agenda of the session.

According to state parliamentary affairs minister Sovandeb Chattopadhyay, no decision has been taken on the bills or resolutions that are likely to be introduced in the House.

"Only after the BA committee meeting on November 16 we can say what bills will be tabled or the businesses that will be taken up in the House during the winter session," Chattopadhyay told PTI.

He appealed to the opposition to ensure smooth functioning of the session.

The opposition BJP, however, said it the treasury bench that needs to ensure that the opposition gets its space in the House.

"The ruling party has no respect for the opposition. It wants to run the House arbitrarily. Our demands for discussion on burning issues concerning the state government are ignored on most occasions, senior BJP MLA Mihir Goswami said.

During the budget session in March, the legislators of the TMC and the BJP came to blows in a shocking display of political animosity.

MLAs of both sides engaged in fisticuffs, leading to the hospitalisation of some of them, following heated arguments over the Birbhum killings.

On March 22, at least four houses were set on fire, and ten people were reportedly killed in Bogtui village of Birbhum in the aftermath of the death of local TMC leader Bhadu Sheikh.