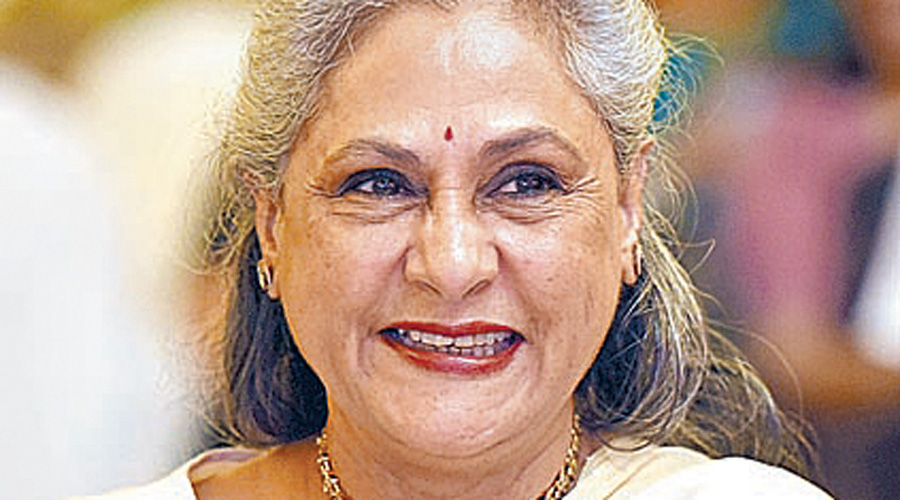 Samajwadi Party MP Jaya Bachchan reached Calcutta on Sunday evening to campaign for the ruling Trinamul in the Assembly polls.

The actress-politician and wife of Amitabh Bachchan will stay in the city till April 7 and is likely to start her campaign  on Monday from Tollygunge where Trinamul’s Aroop Biswas is pitted against singer-turned-minister Babul Supriyo of the BJP.

“Respected actor Jaya Bachchan is in Calcutta to stand by Mamatadi. We are indebted to her. She will herself reveal the reason behind her visit to Bengal through a news conference on Monday,” said Trinamul national spokesperson Derek O’Brien.

Sources in the party said that the Padma Shri winner was Trinamul’s answer to actor Mithun Chakraborty, now a  star campaigner of the BJP.

Born a Bengali and known for her contribution to both Bengali and Hindi films, Bachchan is a known critic of the BJP government at the Centre. She will reach Trinamul Bhavan on EM Bypass on Monday where she will be received by the party’s parliamentary committee, after which she will address a news meet.

A Trinamul source added that Bachchan was roped in to counter Chakraborty’s rallies and road shows. “It can’t be denied that Mithunda is still a star for Bengal and his rallies draw large crowds. Jayadi, we believe, has a similar aura among the Bengali electorate, which we want to use,” the source said. “It is also true that Mamatadi is trying her best to woo women voters and Jayadi might speak against the toxic masculinity of the BJP leaders and how it makes her feel as a woman.”

Bachchan will hold two campaign rallies for Trinamul every day from April 5 to 7, and also share the stage with party chief Mamata Banerjee, sources said.

On March 1, Akhilesh Yadav, Samajwadi Party chief and former chief minister of Uttar Pradesh, had extended his support to Mamata at a news meet. “I will ask all our well-wishers to support Mamata Banerjee, to secure another victory for her…. We fully agree with her concerns about the BJP,” he had said.

Mamata had written to leaders of 14 political parties on March 31, urging them to come together to save India’s democracy against the BJP’s alleged autocracy.

“We welcome her to Bengal.… Bengal polls will become more colourful with her presence,” said Samik Bhattacharya, Bengal BJP chief spokesperson. “But, all said and done, none of this will help Trinamul’s sinking ship,” he added.