His opponent, TMC MLA Zakir Hossain, who on February 17 was injured in a bomb blast in Murshidabad, is still admitted to the SSKM Hospital 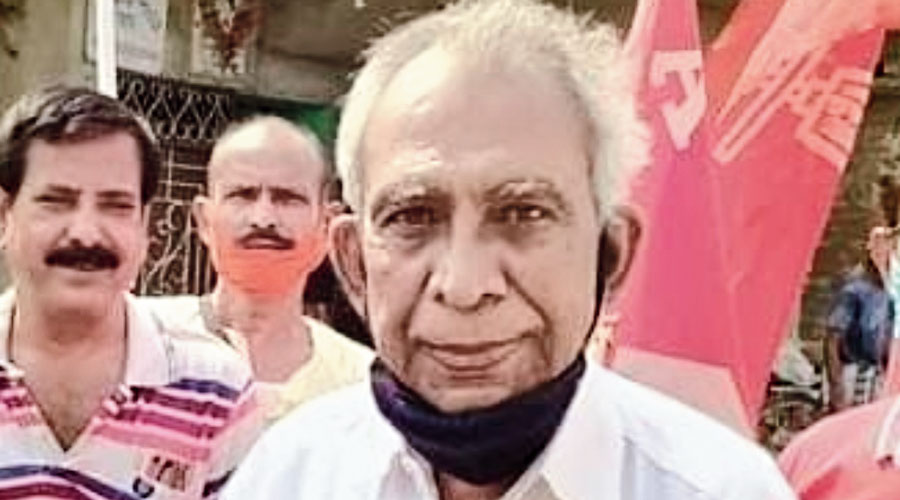 The RSP candidate from the Jangipur Assembly seat in Murshidabad, Pradip Nandy, succumbed to complications after testing positive for Covid-19 at the Behrampore Covid Hospital on Friday evening.

Nandy, who was 73, had been admitted to Jangipur subdivisional hospital on April 9 with symptoms of typhoid and had tested positive for Covid-19 on April 12. He was then shifted to Behrampore.

A lawyer, Nandy had been with the RSP since 1967 and would have been a Vidhan Sabha election candidate for the first time this year. The Sanjukta Morcha had ceded the Jangipur seat to the RSP as a part of their alliance.

Jangipur was to vote on April 26. However, under election norms, the seat will have a bypoll at a later date owing to the death of a legal candidate.

Nandy’s opponent, Trinamul MLA Zakir Hossain, who on February 17 was injured in a bomb blast in Murshidabad, is still admitted to the SSKM Hospital in Calcutta.