The assault on the teenager purportedly prompted some villagers to go to the booth in protest when some CISF personnel opened fire, killing four voters 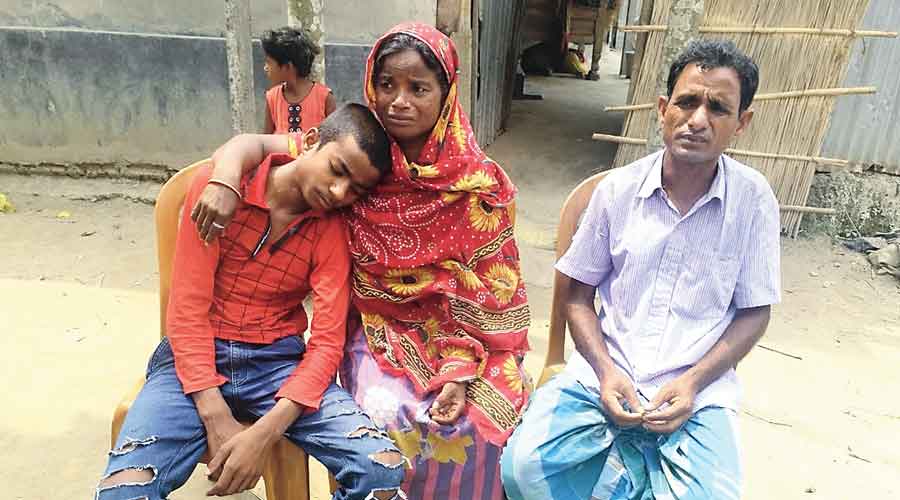 The West Bengal Commission for Protection of Child Rights has written to the district magistrate of Cooch Behar for a report on Mrinal Haque, 14, of Jorpatki village under Sitalkuchi Assembly seat, who was reportedly beaten up by the CISF on April 10.

His assault purportedly prompted some villagers to go to the booth in protest when some CISF personnel opened fire, killing four voters.

The letter sent by an official of the WBCPCR to Cooch Behar district magistrate Pawan Kadyan said the commission had come to know from newspaper reports that the boy was “beaten up by central forces.”

Mrinal’s family members and neighbours have alleged that the district child welfare committee took no initiative to help with his treatment.

“None from the administration came and stood by us. My son is still ill and we have not yet received any help for his treatment,” said Majid Mian, Mrinal’s father and a farmer.

Alizar Rehman, a local Trinamul leader, added: “The administration should have taken some initiative for the boy’s proper treatment.”

Representatives of the child welfare committee, however, said they have not yet received any official directive.

Dora Bhattacharjee, chairperson of the CWC in Cooch Behar district, said they were aware of the case but needed official intimation to act.

On April 10, when Mrinal was roaming in a market near the Amtali MSK (booth 5/126) of Sitalkuchi, some CISF men reportedly beat him and shoved him to the ground. Later, the boy was taken to the subdivisional hospital for the treatment of his injuries on his buttocks, back and shoulder.

When villagers went to the booth and the CISF opened fire, killing four young men, Sitalkuchi shot to national prominence. However, the CISF maintained the firing was in self-defence. After the firing, some villagers ransacked the EVM and the VVPAT and also assaulted some members of the polling team.

Polling came to a halt at the booth. Additional forces took the polling personnel away.

On Tuesday, all five polling personnel posted on April 10 at the booth in Sitalkuchi— Md Abdul Rehman, a high school teacher who was the presiding officer, Abhijit Burman, Dipendranath Roy and Dilip Majumdar, the first, second and third polling officers respectively, and Minati Roy Burman, a health worker — reached the district magistrate’s office in Cooch Behar.

They met Reena Joshi, additional district magistrate (development), and narrated their experiences. “We were told to submit our experiences in writing, which we did. We were inside the booth and whatever we saw that day we have written,” said Dipendranath.

Sources in the administration said this was a part of the ongoing probe by the Election Commission after the incident. “The EC however is yet to decide on the re-poll date in the booth,” said a source.