Advertisement
Home / West-bengal / Bengal polls 2021: Caught in a war that pits every community against another

Bengal polls 2021: Caught in a war that pits every community against another

What possibly could be the future of the state when both the contenders try to win over Tagore and Vivekananda? 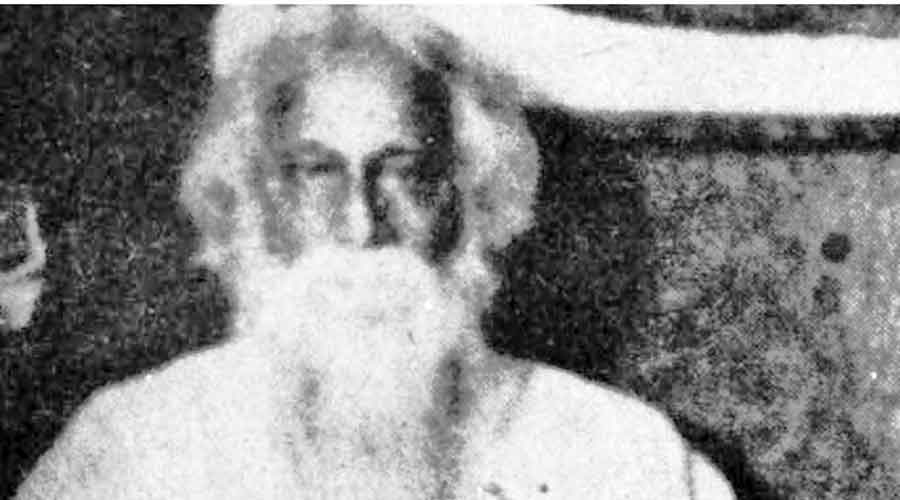 With the BJP entrenched in Bengal, the real picture of the state has undergone a radical transformation. War zones and battle lines have been marked out, and even the Bengal Renaissance is up for grabs. What possibly could be the future of Bengal when both the contenders try to win over Tagore and Vivekananda? Eminent social scientist Ranabir Samaddar focuses on the battle and Bengal’s change as well as future.

When we were students of Presidency College in the turbulent sixties and seventies of the last century, we dreamt of the great “Indian Revolution”. None of us could even imagine at that point that 60 years later, the BJP, of all parties, would be an entrenched power in Bengal. How do you explain this spectacular rise?

That was of course the age of innocence. Social faultlines were clearly marked, and the task of social transformation seemed fairly straight, though not simple. We felt that revolutionary will along with a correct class analysis of Indian society and a correct analysis of the Indian State will take us along the path of revolution.

Now, evidently, we know that the revolutionary will was simply not enough, and our analysis, though it had quite a few strong points, failed on many counts.

Today, the rise of the corporate class, the specific nature of social transformation of India, the growth of the organised sector and the masses of unorganised workers, primitive accumulation, nature of the evolution of caste as a factor in politics and economy, the emergence of cities as nodal points of logistics, and many other things tell us of a society and a country that we could not foresee in the mid-sixties and late-sixties.

Yet, it is also true, that the BJP replacing the Congress as the main party of the Right is not an artificial outcome. The social map of the emergence of the BJP in Bengal tells us of the faultlines on the basis of which the party has acquired mass following.

We must not also ignore the specific political and administrative tools deployed by the BJP here. They tell us of a different model of a general power that has emerged all over India. However, on one count, which is most important to me, is the fact that the sixties were certainly a time of war and our present-day reality is also experiencing a war of a different kind. The actors only have changed.

It needs to be recalled that the Hindu Mahasabha and the Jana Sangh failed to penetrate the refugee colonies. The communists penetrated in the fifties and sixties of the last century and turned the refugees into fighting partyworkers who rejected their communal hangover. What do you think of that situation?

Drawing a straight genealogy beginning with the Hindu Mahasabha and the Jana Sangh gives us some clue to the BJP’s current acceptability, but if we stress that too much we shall miss the specifics of this time.

Take the refugee colonies. With the advance of globalisation and neo-liberalism, urban economy and politics have transformed noticeably. Land ownership in these erstwhile colonies, urban development, growth of the service sector, etc., have made a significant section of the population of these areas susceptible to neo-rich ideologies openly espoused by the Right.

The dream of the Hindu Rashtra gains strength with the advance of this neoliberalism. The old unity of nationalism and liberalism, as was evident in Rabindranath’s Gora, does not work anymore. Monetarism, neoliberalism and globalisation have combined to turn the quest into a kind of nationalism that survives on hatred.

In many cases refugees, particularly their later generations, became the flag bearers of hatred and revenge. The refugee as the flag bearer of the religious Right is not something new. Do not forget Israel. Usually they turn against minorities.

It is a big challenge to emancipative politics as to how to combat hatred that has made many sections of the population subjects of a distinct kind of politics. One thing is sure: synthetic secularism will not be able to mount this struggle. The refugee colonies are a big testimony. But why blame the refugee colonies only? This you will find in so-called settled areas too.

Swami Vivekananda
If I ask you to compare the Bengal of sixties and seventies of the last century with the present moment rent by the war cry of “Jai Shri Ram”, what would be the end-product of your comparison?

There were quite a few slogans in the past. They were battle cries of the insurgents. You can recall slogans like “Death to class enemies”, or “Long live the revolution” or “The decade of seventies will be the decade of liberation”.

The slogan of this time, you mention, is also a war cry. It too aims at mobilising the followers for war — a war against supposed internal enemies, enemies of the nation, the enemies of the people. But we must not be surprised.

As I said, Bengal is once again in the throes of a social war, almost transforming into a civil war. Each community is sought to be pitted against another, thus Hindus against Muslims, Indians against the immigrants, citizens against those who are considered as aliens, Matuas against Namasudras, Namasudras against other Dalits, Dalits against Muslims, indigenous people against settlers, and not to forget now, that a gender war has also been unleashed in Bengal.

The BJP’s rise to power — should it signify that we have betrayed the famed Bengal Renaissance? You see, we cannot be the devotees of Rabindranath and the RSS in the same breath?

The interesting point is why and when did we think that the Bengal Renaissance carries a truth — a story of progress. As you know, the highly educated Bengalis scoffed at the populists when the populists and their administration claimed that the nineteenth century was the historical basis of a new Bengal they want to build.

So Tagore’s songs were sung at traffic junctions to keep the impatient pedestrians from getting down on the roads violating traffic signals. Likewise, the birthdays of Swami Vivekananda and other luminaries of the nineteenth century began to be observed. New figures, hitherto ignored, were added to the hall of fame. The nineteenth century and the Bengal Renaissance became, at least in the populist project, the foundation of an “eternal Bengal” that is home to all, and protects all.

Now you may have Hindu devotees of Tagore, though to be truthful, Hindu leaders in Tagore’s lifetime did not like him so much as he was a Brahmo and belonged to a Brahmin family of lower order. More importantly, they did not like his views on Hindu-Muslim unity, stories on women in Bengal, etc. He was too much of a modernist for the Hindu babus of his time.

But who cares for history? Today the Renaissance is a legacy that the Right must get hold of. To be nationalist in Bengal, the Renaissance must be shown as belonging to “us”. For the revival of Bengal’s glory, as the Right puts it, the claim to the nineteenth century must be made and secured. The stakes are really high. The populists will not leave an inch in this battle over Bengal Renaissance.

There can be only two possible outcomes of the election. Either Trinamul wins and forms the government, perhaps, supported by the Congress. Or the BJP will try to form a government after indulging in the most rampant horse-trading. In short, Bengal has changed radically. How would you evaluate this new Bengal where the lotus will continue to bloom?

Realistically speaking, I do not envisage the contentious time we are passing through will end very soon. The elections will be over in one way or another, but be sure, Bengal will see an exacerbation of contentions along lines of caste, wealth, language, religion.

The contradiction between neoliberal authoritarian power, on the one hand trying to reorient the polity along an extreme religious-nationalist line, and the populist forces ensconced in the states and localities, on the other hand, defending the unorganised sections of labouring classes against the depredations of globalisation and pursuing policies of protection will sharpen further. We shall see a further rise in social conflicts. The social war is on; indeed, it has turn almost into a civil war.

Perhaps on the occasion of the next Lok Sabha elections we may witness the next phase of the war, or even earlier. The radical change is not that a party of the Right has gained a stronghold here, but that contradictions have sharpened, the situation is radicalised.

This new Bengal is like France in Europe. Marx had said somewhere, France is the land where politics is carried to its extreme. The challenge is, can the populists as the weaker party in the war that I am speaking of here survive in politics, make detours, maintain flexibility, but not surrender and carry on the battle?