The new name of the district HQ, party leaders said, should keep in mind the rich heritage of the Gauda or Gour kingdom founded by Shashanka 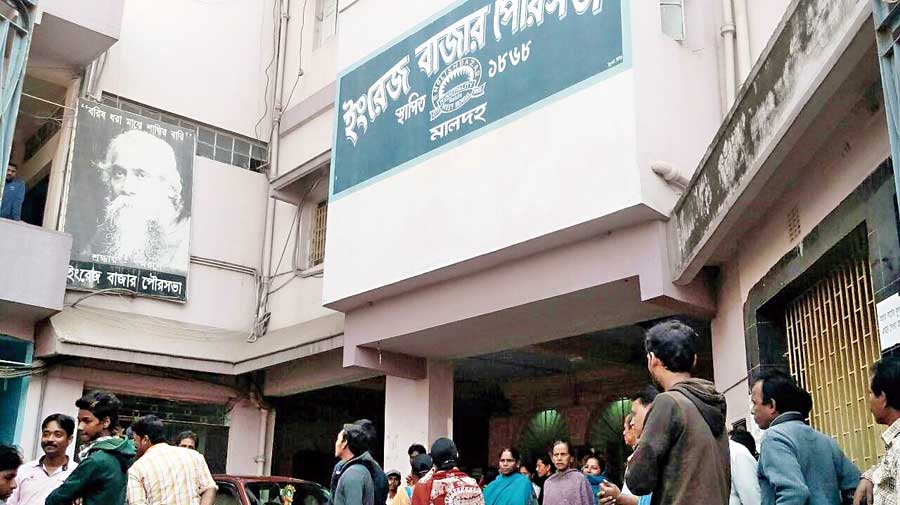 Leaders of the saffron camp playing the polarisation card in Malda, a district with 12 Assembly seats and minority population of over 50 per cent, hinted on Saturday that they wanted the name Englishbazar — the district headquarters — changed because it smacks of a colonial legacy.

The new name of the district headquarters, BJP leaders said, should keep in mind the rich heritage and history of the Gauda or Gour kingdom founded by Shashanka, one of the prominent Bengali kings.

District BJP president Gobinda Mondal said that some 20 years back, as then deputy chief of Englishbazar Municipality, he had raised this name-change demand.

In Malda, the civic body, the police station at the district headquarters and the sub-division, all bear the name Englishbazar.

“We believe that the name bears the memory of colonial days. Those days were brutal and weavers had to pay dearly under tyrant British traders. There is no glory in carrying the name ahead. Gour or Gauda is our very own and has had a long history. It was also the capital of undivided Bengal. Hence, Englishbazar should be renamed keeping the connection with Gour in mind,” said Mondal, adding that if BJP was voted to power, they would take up the issue with the state government.

The saffron camp has always shown an inclination to rename towns and railway stations after icons they are favourably inclined towards, which is believed to be a strategy of polarisation. The two most prominent examples of name change are Mughalsarai station, now renamed Pandit Deen Dayal Upadhyay Junction, and Allahabad now called Prayagraj.

Researchers, asked how the area came to know as Englishbazar, said British traders had found the place suitable for trading indigo and silk.

“Since the 17th century, Malda was known for its production of high-quality silk. Gradually, British traders started exploring the district and found Englishbazar suitable as the centre of their business. Neel Kuthi, a structure for indigo trade, was also set up. The British traders preferred Englishbazar as it was well connected through riverways. As it gradually became their trading hub, it initially got the name Angrezabad and later became Englishbazar,” said Radhagobinda Ghosh, a researcher.

Satya Ranjan Choudhury, a retired college teacher and history enthusiast, said Malda was one of the most preferred trade centres for the East India Company.

“While Rs 1.69 lakh was invested for Calcutta and Rs 1.68 lakh for Shantipur in early 18th century, the investment of the company for Malda was nearly double, at Rs 3.52 lakh,” he said.

It was in 1813 when Englishbazar became the headquarters of Malda district.

Sreerupa Mitra Choudhury, the BJP candidate contesting from Englishbazar Assembly seat, supported Mondal. “We plan to organise citizens’ conventions and seek peoples’ opinions on the issue. There is no need for any abrupt move as we believe those who honour the rich heritage and history of Gour will undoubtedly welcome the name change and suggest a suitable alternative,” she said.

The Assembly segments of Malda district go to polls on April 26 and 29, the last two phases of Bengal elections, with Englishbazar set to vote on April 29.