Bista raises hill solution in LS ahead of Assembly polls

On Wednesday, the BJP MP spoke about the alternative bridge proposed over the Teesta near Sevoke Bazaar (around 20km from Siliguri) 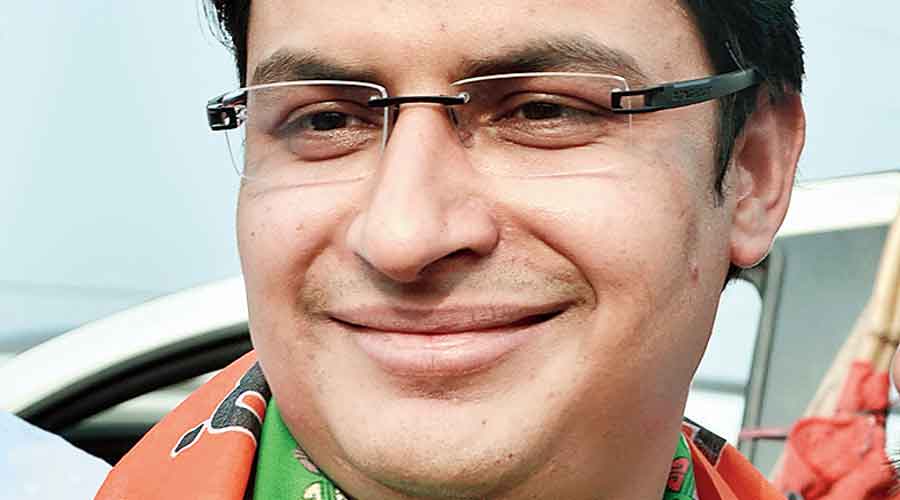 Darjeeling MP Raju Bista raised two issues concerning north Bengal in Parliament in the past two days with observers projecting his speeches as his efforts to woo voters ahead of the Bengal Assembly elections.

“Gorkhas have contributed a lot to the country and the permanent political solution is their major demand and is associated with their identity. Around 1.5 crore Gorkhas live in India and the Union home minister should consider their demand,” Bista said in the Lok Sabha on Tuesday.

On Wednesday, the BJP MP spoke about the alternative bridge proposed over the Teesta near Sevoke Bazaar (around 20km from Siliguri).

He said the Coronation Bridge that had been built over the Teesta in 1937 had suffered damage in an earthquake in 2011. He has said the bridge is not fit for heavy vehicles.

“Since then, traffic has been regulated along the bridge and on August 19, 2020, the state public works department (NH 9 division) passed an order saying vehicles weighing 10 tonnes and above could not move through the bridge,” said Bista.

With the restriction, heavy vehicles bound for the Dooars have to take a detour along NH27, that is, via Jalpaiguri.

“The bridge is in the critical Chicken’s Neck and connects the Northeast. The new bridge is necessary and the Union ministry of road transport and highways should declare it as a project of national importance,” said Bista.