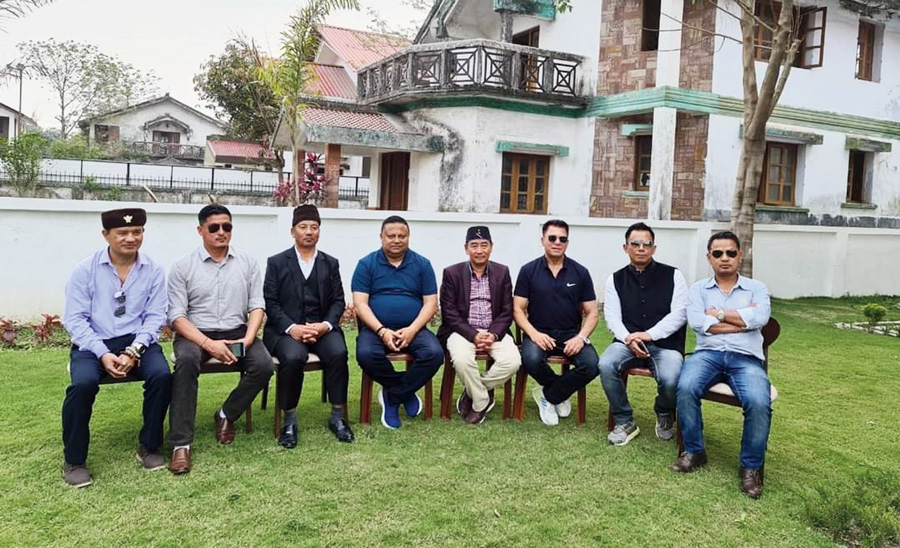 The meeting assumes significance as associations backing the boards have not revealed their card for the upcoming Bengal Assembly polls.

Sources said Gorkha Janmukti Morcha leader Thapa had a meeting with the chairpersons of seven hill boards over traditional Nepali cuisine at Pintail Village near Siliguri on Monday.

Soon after the meeting, Thapa said: “I had a good meeting with chairpersons of different development boards in the hills.”

The Bengal government had formed 16 development boards for various communities in the hills. There are many community organisations that support the boards.

The sources have said the chairpersons recently formed an informal body called “All Hill Development Boards” and the seven present at Thapa’s meeting are its core committee members.

Sanjay Moktan, the chairman of the West Bengal Tamang Cultural and Development Board, said no decision on the elections had been taken at the meeting.

“It was an administrative meeting. No decision was taken regarding the elections. If we take any decision, we will definitely announce the same,” said Moktan.

But observers said there was more to this than meets the eye. Also, a photograph of Thapa with the chairperson was immediately circulated in social media by his supporters. “This is an indication of the importance Thapa’s team has attached to the lunch,” said an observer.

The Trinamul Congress has left the three hill seats of Darjeeling, Kalimpong and Kurseong to the “friends”, which essentially are the Morcha factions of Binay Tamang and Bimal Gurung. Thapa belongs to the Tamang camp.

Even though these factions are allies of Trinamul, both are bitter rivals in the hills. Both the groups have decided to field their own candidates in the three seats.

Roshan Giri, the general secretary of the Gurung camp, said its candidates would be declared on March 23.

Both the factions are trying to woo Trinamul supporters. Chairperson of many development boards had supported Trinamul in the past.

Some development board chiefs had said recently that there had been no clear directive from Trinamul on the coming polls.

“With Trinamul supporting both the factions, it is unlikely that the party will publicly announce support to one camp,” said an observer.

With many expecting a triangular contest of the Gurung and Tamang camps and the BJP-GNLF alliance, Monday’s meeting near Siliguri is being considered important.

Even though it is not to say all hill community members follow the directive of the associations backing the development boards, many feel any support in the present political situation is more than welcome.