The Nobel laureate, who has been spending time at the family home in Santiniketan for the past few days, confirmed that he had received the letter 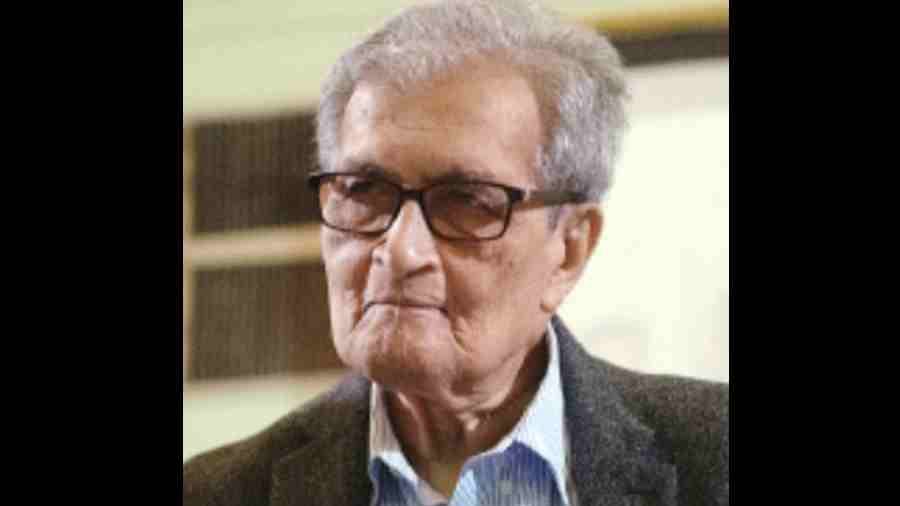 Visva-Bharati on Tuesday sent a letter to Nobel laureate Amartya Sen accusing him of unauthorised occupation of 13-decimal land on the campus and asking him to “hand over” the land at the earliest.

Although the issue has been brewing since 2020, the letter is dated January 24, 2023 — 10 days after the economist stood by his assessment that “the Indian government was one of the most appalling in the world”. Visva-Bharati is a central varsity whose chancellor is Prime Minister Narendra Modi and whose vice-chancellor has faced frequent allegations that he is trying to saffronise the institution founded by Rabindranath Tagore.

Sen, who has been spending time at the family home in Santiniketan for the past few days and is expected to stay there till January-end, confirmed that he had received the letter.

“Yes, they have sent the letter to me. It is a very frivolous letter with a number of false statements. Before one replies to falsity of this kind, I would check where they think they have got this kind of fictional and imaginary understanding,” said the Nobel laureate over the phone from Santiniketan.

“If the lawyer thinks that a false accusation (like this) needs to be responded to, then I will.... I will be guided by law because we are dealing with a very crooked charge,” Sen added.

The letter sent to Sen by the joint registrar of the varsity’s estate office reads: “It has been found from records and physical survey/ demarcation that you are in unauthorised occupation of 13 decimals of land belonging to Visva-Bharati in LR plot no 1900/2487, corresponding to RS plot no 1900/2487 and corresponding to C.S. plot no 1900 of mouza Surul (JL no 104).... This is an addition to the 125 decimals land (out of part of C.S plot no 1900 of mouza Surul) originally leased to late Ashutosh Sen on 27-10-1943 and mutated in your favour in 2006. You are requested to hand over the said 13 decimals of land to the University at the earliest.

“The University may organise a joint survey in presence of your surveyor/ advocate if you want.”

A land broker in Bolpur put the prevailing market price of 13 decimals (or 5,662.80 square feet) in Santiniketan at Rs 43 lakh.

In 2021, Visva-Bharati had written to the state government to measure the area of Pratichi to permanently resolve the so-called “controversy”. Sen had then sent a letter to the VC, Bidyut Chakraborty, asking him to withdraw the false allegation against him and describing the bid (to list his name as encroacher) as “a crude attempt at harassment — or worse”.

A senior Visva-Bharati professor said: “This is nothing but another attempt by the varsity authorities to harass the economist, who has been very critical of the Narendra Modi government and the saffron ecosystem. The property was leased out to the Sen family in 1943. There has never been such an allegation against the family.”

Supriya Tagore, great grandson of Rabindranath Tagore’s elder brother Satyendranath Tagore, said:  “I can’t believe that Visva-Bharati is accusing Amartya Sen of such a petty issue as land encroachment. Do we have to believe now that a person of the stature of Sen has encroached on land? There is no comparison between Amartya Sen and the people levelling such dirty charges at him.”