Update on Arjun zone for governor 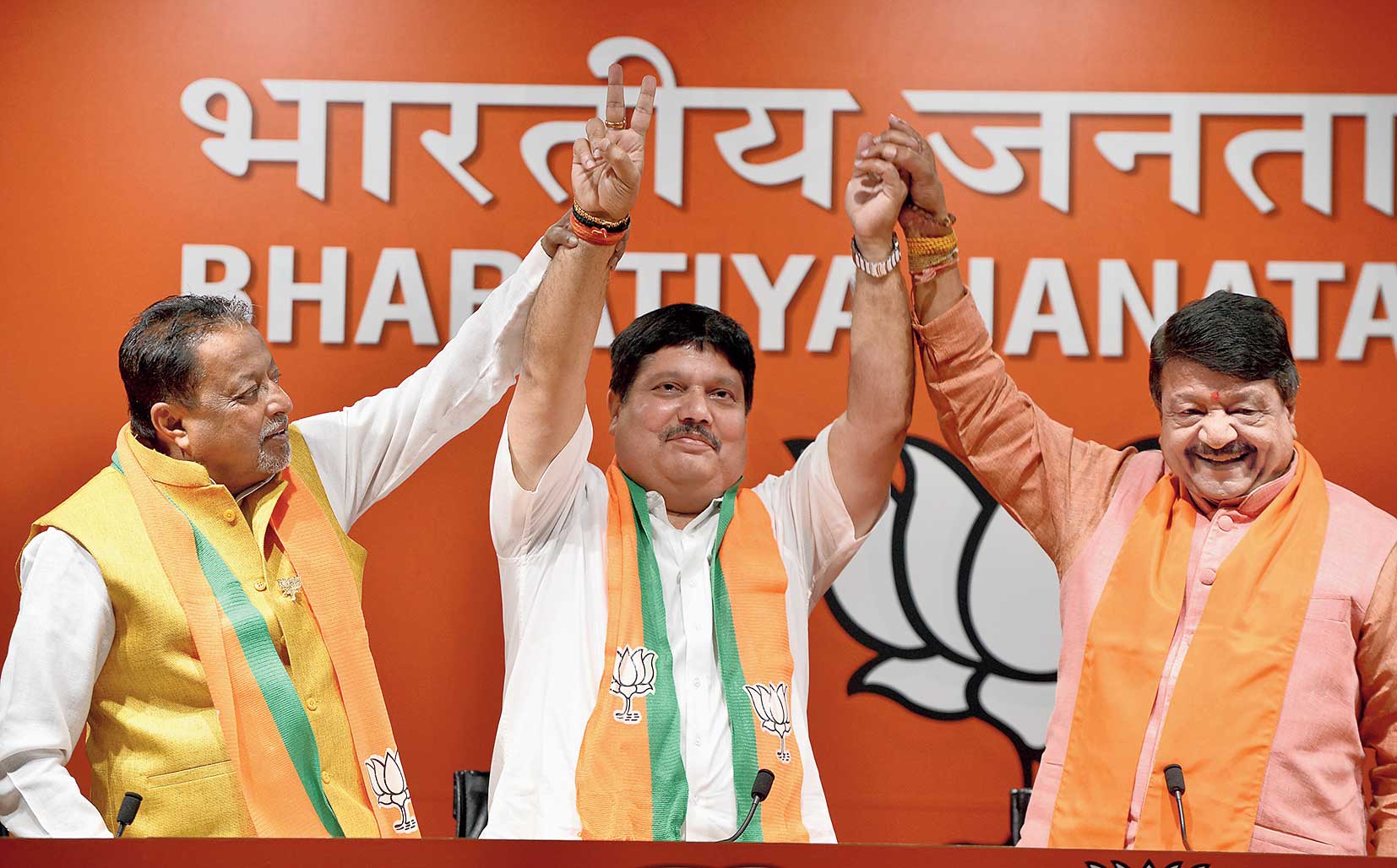 Bengal director-general of police Virendra on Tuesday called on governor Jagdeep Dhankar at the Raj Bhavan to brief him on the situation in violence-scarred Barrackpore where BJP MP Arjun Singh was injured during Sunday’s skirmishes.

Raj Bhavan sources said the meeting — a day after Dhankar rushed back from Delhi to visit Singh in hospital — lasted around 30 minutes.

“Virendra arrived around 11am. The governor had called him to discuss the Barrackpore situation besides the overall law and order in the state. The DGP gave a detailed report to the governor,” said a source.

On Monday, after meeting Singh, Dhankar had said he was “a worried man at the moment”, expressing serious concern about the trouble-torn Lok Sabha constituency of North 24-Parganas which has not experienced lasting peace since the general election results on May 23.

In the Assembly on Tuesday, BJP legislators led by Manoj Tigga staged a walkout following Speaker Biman Banerjee disallowing them from moving an adjournment motion on the “deteriorating law and order situation”.

Speaker Banerjee objected and told him to take his place since the matter was under investigation. But Bar persisted and continued to demand the resignation of the “home minister” — Mamata Banerjee.

After Bar walked out shouting slogans, chief government whip Nirmal Ghosh proposed moving a motion against the MLA for his “unruly behaviour and disruption”. Speaker Banerjee then ordered the suspension of Bar for the rest of the ongoing session. On Monday, Bar was suspended for his behaviour in the House for the day.