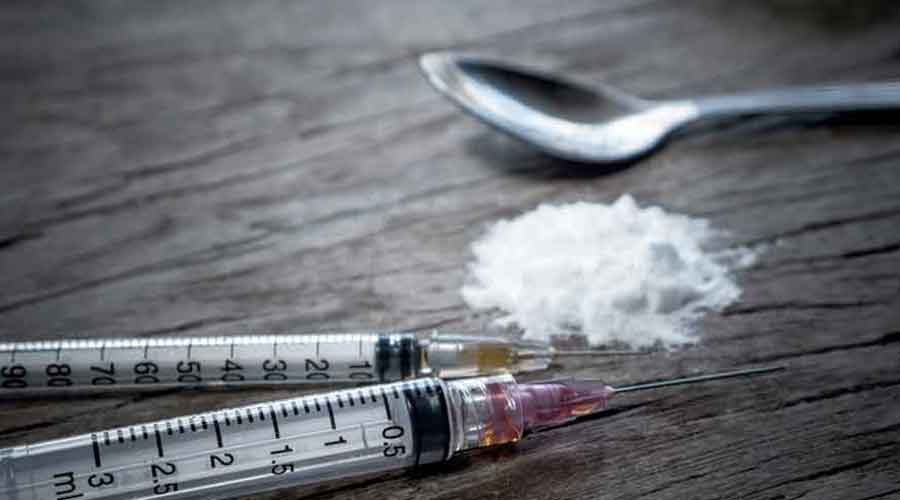 Two persons were arrested after narcotics worth over Rs 1 crore were seized from their possession here on Monday.

The special operation group of the Siliguri Metropolitan Police and a team of Matigara police station conducted a joint raid following a tip-off and seized around 600 grams of brown sugar from the duo. Brown sugar is a derivative of heroin.

According to police source, the price of the seized narcotic is around Rs 1.10 crore.

Those arrested have been identified as Mohammad Bashed of Matigara and Abub Kasem, who hails from Beldanga of Murshidabad district.

In another incident, a team of New Jalpaiguri police station intercepted a truck at Jatiakali area on the southern end of Siliguri and seized illegal teak timbers worth around Rs 25 lakh.

“The timber logs, which were to be smuggled to Calcutta from Assam, were concealed under jute. As we frisked the vehicle, the logs were found. The driver could not furnish documents to

validate transportation of the timber,” said a police source.

The police have seized the truck and also arrested the driver.

According to police sources, the cost of the seized timber is around Rs 25 lakh.

In Malda, the Englishbazar police have carried out raids in different locations and seized two improvised firearms, two rounds of live cartridges and some sharp weapons.

Five persons have been arrested in this connection.