Anasuya Basu tells the story of three initiatives and their founders 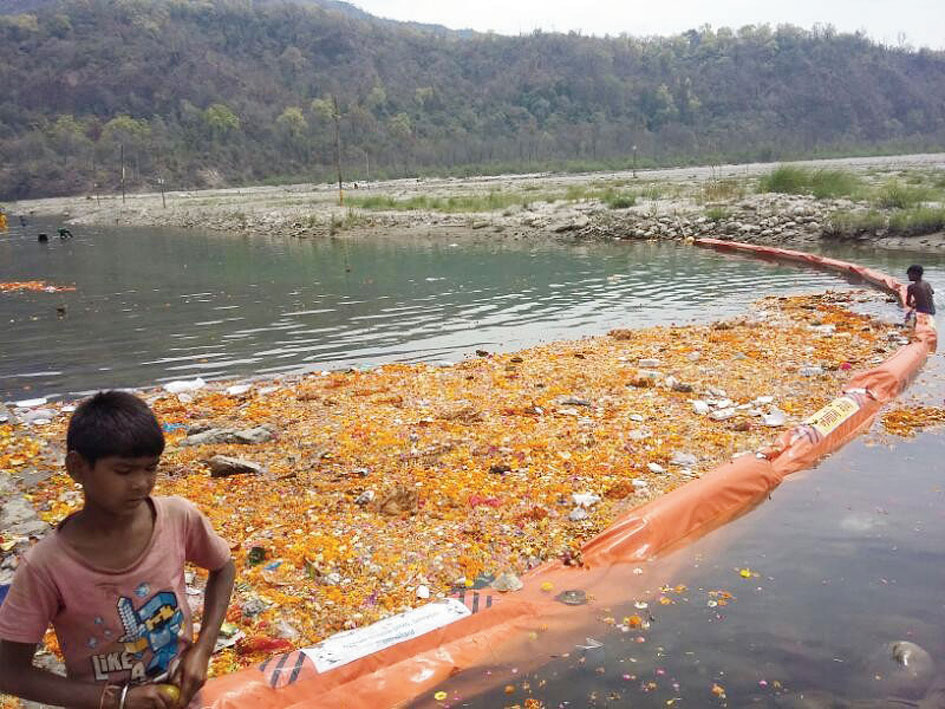 A land loser from Singur, two non-resident Indians (NRIs) and two Shibpur BE College graduates are among those who have bucked the general trend of risk aversion and playing it safe with a 9 to 5 job and turned “social entrepreneurs”. They all have widely different goals but each of them wants to leave the world — rural India in particular — a better place than they found it. And to achieve as much, they have developed, funded and implemented solutions to real-life problems in such geographies.

Life in New Jersey, US, was good for Partha Chakrabarty. Armed with an electrical engineering degree from IIT Kharagpur and a job with an IT giant, he was the typical successful NRI. Only, a bug bit him. Says Chakrabarty, “I was working in the global healthcare and life sciences area and providing solutions to people in the West. That is when I realised how heavily dependent India is on medical imports, even for the smallest things such as a syringe.” Leaving behind his American dream, Chakrabarty headed back and started his own venture along with a batchmate from IIT, Rajiv Mandal, and two others. Together, they have floated two initiatives — one healthcare-related and another for agriculturists.

Two students of Calcutta’s Shibpur BE College decided they would not offer themselves to the job market on completion of their postgraduation course. Prantik Sinha and Sandip Naiyar met on campus while working on a project. “I had wanted to do my PhD but I became interested in the project and I wanted to work for my country instead of doing a regular job,” says Sinha, who founded Agastya Bouyant Pvt. Ltd with Naiyar in 2015.

Kalyan Kole is no tech guy; he did his BSc in zoology from Chandernagore College. After he had to give up his one-and-a-half bighas of land in Singur for the controversial Tata Nano project, he rehabilitated himself as a farm hand. Thereafter, he attended a 10-day training programme on goat farming. Today, he heads a successful animal farm that has increased the breed of the black Bengal goat, a species that was becoming scarce.

Chakrabarty and Co.’s creations are called HaemurEx Analyser and Soil Sathi, respectively. A drop of blood in a HaemurEx Analyser, a hand-held device, and you will know your haemoglobin count, lipid profile, triglyceride and creatinine levels, urea — basically your entire blood profile. The device is currently being piloted in Purulia.

Likewise, a pinch of soil fed into Soil Sathi will throw up pH levels, nitrogen, potassium, sulphur, magnesium and phosphate levels. This will help the farmer determine the quantity of fertiliser he needs to put into the soil for a good crop.

Soil Sathi is being marketed to farmer producer organisations, self-help groups, co-operatives and other farmers’ bodies. “Farmers can get their soil or water tested for Rs 250. These normally cost between Rs 1,400 and Rs 2,500,” says Chakrabarty. Government laboratories, however, do the tests for free or a nominal fee of Rs 100.

Soil Sathi kit developed by Arogyam
Sourced by The Telegraph

Agastya Bouyant’s domain area is technical textile or functional fabrics that have applications across industries, but it is doing its bit for the National Mission for Clean Ganga, a central government initiative.

Its floating barrier, Trash Boom, installed in the Keshtopur nullah in Calcutta and areas in Mumbai, Bangalore, Delhi, Uttar Pradesh, Bihar and Goa, collects plastic flowing from the nullahs to the river. “It not only restricts plastic in the river but also oil spills in the sea and port areas,” says Sinha.

Agastya also manufactures biogas storage balloons. “We collected a lot of organic waste like the crop waste that is burnt in Punjab, or vegetable waste, and turned it into biogas and stored it in a balloon,” he says. The company is marketing the biogas balloon as a component of a biogas plant. The company’s third product is a fish tank or biofloc, which aids the process of cultivating fish. Sinha explains that bioflocs are basically water tanks made of technical fabric that can hold up to 10,000 litres of water. A single biofloc takes up about 200 square feet of land. The tank can yield about 700 kilos of fish a year. “It’s a lot less expensive than digging a pond,” says Sinha.

Koley started Aegipan Animal Biocare Pvt. Ltd in 2014. To begin with there was a goatery on a three-bigha plot at Polba-Dadpur block in Hooghly with 25 black Bengal goats. The black Bengal goat, commonly found in Bangladesh, Bengal, Bihar, Odisha and the Northeast, is recognised by its shiny, black coat and its capacity to breed twice a year. The breed was getting scarcer by the day after years of rampant animal sacrifice.

Initially, Koley faced a problem — he had only two male goats, which was certainly not enough to multiply his stock. So he approached the National Dairy Research Institute at Kalyani and that is where he came to know of M. Karunakaran.

A breeding scientist, Karunakaran had developed a liquid semen that could be used for artificial insemination. “He took out semen from a goat and fortified it with chemicals to develop the liquid semen,” says Koley.

The goats on Koley’s farm were injected and they became pregnant. Koley then started to distribute the artificial semen to far-off places. This move, however, did not yield the desired results. Explains Koley, “The semen had a lifespan of five to six days. Then Karunakaran developed frozen semen to counter this.”

Aegipan Animal Biocare started to supply frozen semen from 2015. It also started supplying black Bengal goats of pure pedigree through a buyback scheme. The company would buy goats bred by farmers using the frozen semen and then supply them to other companies.

A land loser, two NRIs and two engineering graduates, all dared to take the road less travelled by, and that has made a difference.

Single-use plastic ban: Is this the solution to the menace?

Lessons in love and caring from animals