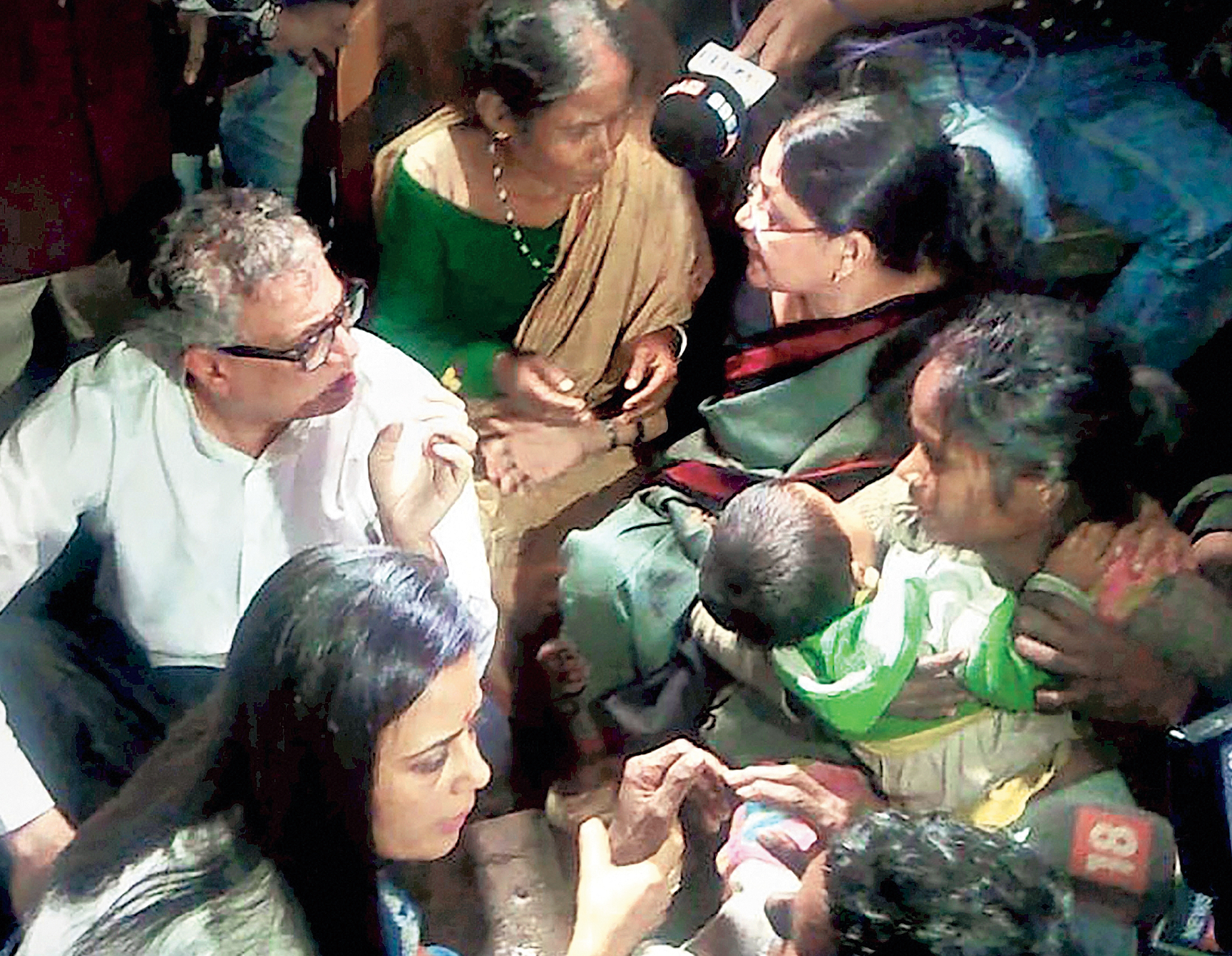 A Trinamul Congress delegation on Sunday visited the families of Bengalis who had been gunned down in Assam’s Tinsukia and vowed that the party would do everything to find the perpetrators.

On Thursday, unidentified men in battle fatigues had randomly picked five Bengalis at gunpoint from Kherbari Bisonibari and gunned them down on the banks of the Lohit river.

Mamata was among the first leaders to condemn the carnage and her party launched protests across Bengal linking the massacre to the National Register of Citizens, the final draft of which left out 40 lakh people, mostly those who speak Bengali.

On Saturday, she tweeted that a Trinamul delegation would visit Assam to stand by the families of the victims.

The delegation was led by Rajya Sabha member Derek O’Brien and included MPs Nadimul Haque and Mamata Bala Thakur and MLA Mahua Moitra. They took an earlymorning flight from Calcutta to Dibrugarh and then proceeded to Tinsukia, over 40km away.

“This is more than a hate crime,” said O’Brien. “Let it be known that Trinamul will do what it takes in Assam, in Bengal, across the country and in Parliament to find out the perpetrators of the crime,” he added.

Blaming the Narendra Modi government for the carnage, Moitra said: “The slow poison that the central govt has been spreading since it came to power in 2014 with incidents of lynching, hate crimes and venomous and inflammatory speeches has manifested itself in incidents like this.”

“This is their home, they have lived here for generations. It is the duty of the state government to ensure their security,” she added while accusing the BJP government in Assam of failing to protect the people.

At a time the BJP has trained its eyes on Bengal and set a target of winning 22 of 42 Lok Sabha seats, the attack on the BJP governments at the Centre and in Assam over the killings seems to be part of a Trinamul strategy to paint the saffron party antiBengali.

Sources in Trinamul said the party would try its best to make it a national issue. The party had already announced that it had sought an appointment for its leaders and the family members of the victims with President Ramnath Kovind.

The Trinamul team met the families of three of the four victims residing at Bishoni Mukh Kherbari at their respective homes and visited the place of the massacre before leaving.

Mohanlal Biswas, who lost his two sons, said he had sought help from the visiting Trinamul team. “I handed over my oneandahalfyearold granddaughter, Tanisa, to them and requested them to take her. I am an old man. Who will take care of her?” he asked.

According to him, he told the delegation members that he was living in fear.

“I have been living here for 40 years. My name is in the NRC. There are hundreds of Bengali and Assamese families here and we have never had any fight among us. Then, why are we being targeted?” Biswas asked.

All Assam Bengali Yuva Students Federation president Ajit Debnath criticised the Trinamul visit. “It is painful to see that the delegation did not even have five minutes for local people, who gathered there to welcome the guests and talk to them, which suggests that it is a political visit.”

Sources in Trinamul, however, said the leadership was pleased with the delegation’s ability to get to the people in Tinsukia. They said the visit made a significant impact and Trinamul would gain first mover advantage from the exercise.