Khalid is survived by wife Razia and two children 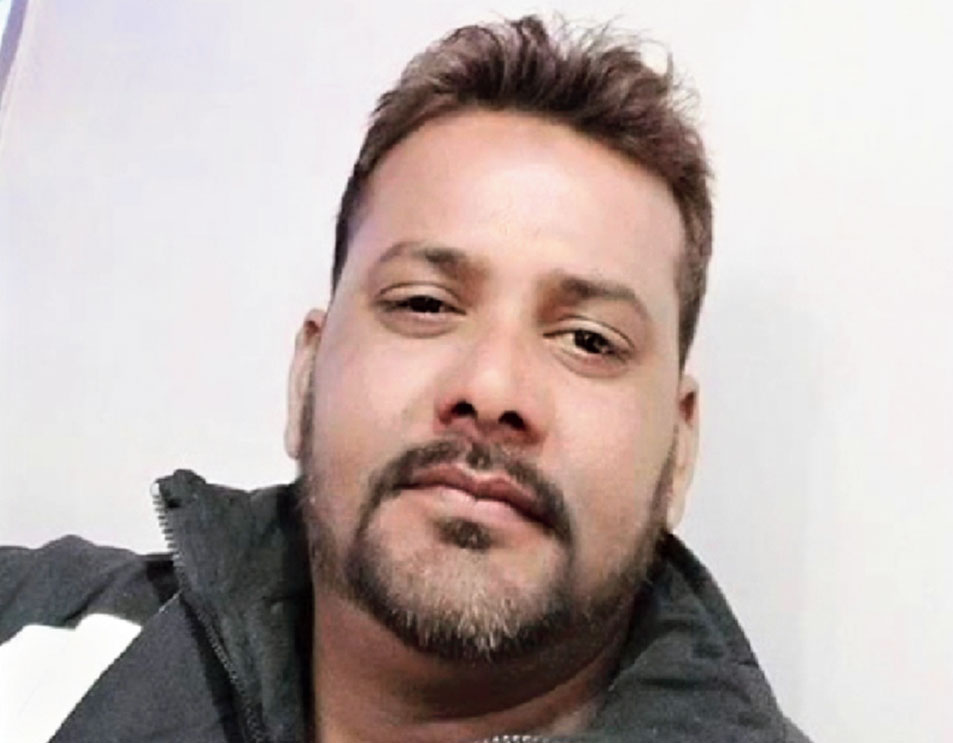 An Asansol Trinamul councillor was shot dead near his home on Saturday night, with his brother blaming three of his cousins, all suspected workers of the party’s youth wing.

Police sources said Khalid Khan, 35, was taking a stroll around 11.45pm close to his home in Barakar village near the Jharkhand border when he was accosted by three youths on a bike and shot repeatedly.

Khalid is survived by wife Razia and two children, a four-year-old daughter and an 11-month-old son.

“They first shot him in his left leg and, when he slumped to the ground, they pumped three bullets into his neck, waist and right leg point-blank,” said a police officer.

Khalid’s younger brother Arman Khan, a Trinamul worker, rushed out of their home hearing the gunshots and saw the killers speed away towards the Jharkhand border. “I saw the youths fire repeatedly at my brother point blank,” said Arman. Sheikh Tinku Khan, one of the cousins, was arrested on Sunday. Khalid was declared brought-dead at Asansol district hospital.

Senior Trinamul leaders like Jitendra Kumar Tiwari, Asansol mayor and the party chief of West Burdwan, visited the hospital early on Sunday. However, they have not blamed anyone “as of now”.

“His family members have lodged complaints and the police have started an investigation,” said Tiwari. Late on Sunday evening, the Trinamul government announced a job for Razia and compensation of Rs 1 lakh for the family.

Arman, Khalid’s brother, said the three cousins were “active Trinamul youth workers” and claimed they had attempted to get the councillor killed in a similar way four years ago. Police had then arrested Tinku, who had so far been on bail in connection with that case.

Sheikh Kader and Sheikh Sahid, the other two cousins named in the FIR this time, are absconding. “We are looking for the rest of the accused,” said Anamitra Das, additional DCP.

On Sunday, Trinamul workers blocked roads and demanded the arrest of Khalid’s killers. The blockade was withdrawn after local Trinamul MLA Ujjal Chatterjee promised to have the alleged murderers expelled after their arrest.