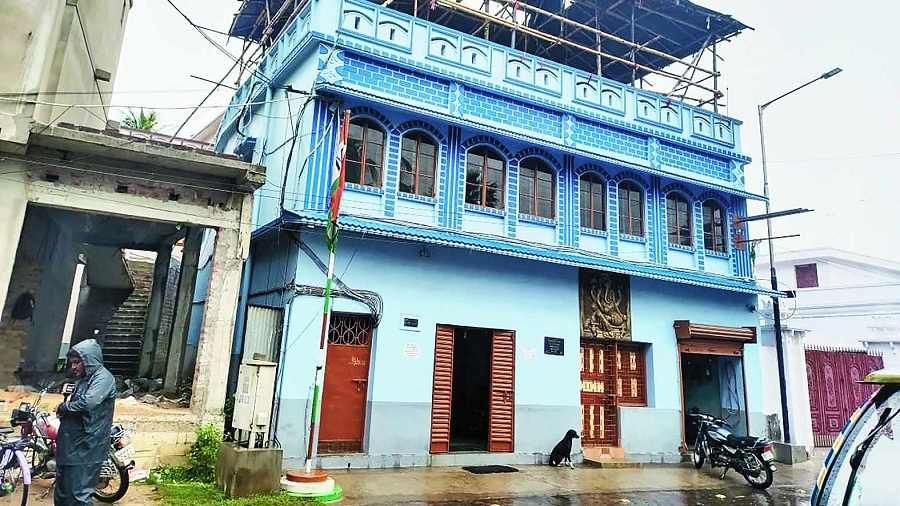 The Trinamul Congress on Thursday announced that the party’s youth and students’ outfits would hit the streets across Bengal for two days from Friday to protest against the “partisan attitude of central agencies”.

The announcement has come within hours of the arrest of the ruling party’s Birbhum district chief Anubrata Mondal in an alleged cattle smuggling case.

“We have observed that central agencies like the ED (Enforcement Directorate) and the CBI are losing their neutrality. These agencies are not active while dealing with charges against those who have joined the BJP, but are overtly active when it comes to persons opposed to the BJP. Our youth and students wings will hit the roads to register their protest against the bias attitude of central agencies,” Trinamul minister Chandrima Bhattacharya told a news conference in Calcutta on Thursday evening. Bhattacharya was accompanied by Trinamul spokesperson Samir Chakraborty.

The alacrity with which an embarrassed Trinamul came out to hold a press conference following the arrest of the party’s Birbhum chief was in sharp contrast to the studied silence the party had adopted after former education minister Partha Chatterjee’s arrest in connection with the alleged SC scam last month. Trinamul insiders said the rush to make the top leadership’s stand clear in public was to protect the image of the party but it did betray the importance of Mondal within the organisational set-up.

Aware that the people’s mood on Thursday did not reflect any sympathy for the ruling party, both the Trinamul spokespersons were desperate to convey that the top leadership had zero tolerance of matters of corruption and financial irregularities.

“It is the party’s stand announced by national general secretary Abhishek Banerjee and approved by our chief minister Mamata Banerjee that the party would not stand by anyone involved in any kind of corruption that affects the people,” said Bhattacharya.

Although the two spokespersons spoke about zero tolerance of corruption, they remained ambivalent when asked whether the party would back Mondal in his legal fight or dump him like Partha Chatterjee.

“It is just a few hours, he has been arrested. The party will announce its decision at the right time. You should not forget that the party announced its decision on Partha Chatterjee after five days of his arrest,” said Chakraborty.

A section of Trinamul leaders said the party might not dump Mondal in the manner it did with Chatterjee as there could be a backlash against such a decision among a large section of leaders.

“We should not forget that in the case of Partha Chatterjee there was a visual impact among the people following recoveries of crores in cash, gold and properties from the house of the former minister’s aide Arpita Mukherjee. In Mondal’s case, the allegation is serious but there has been no visible recovery of cash or any properties,” said a Trinamul leader.

“The party’s decision to stage protests is primarily to counter Opposition attack and also to buy time,” the Trinamul leader added.

The dilemma that gripped Trinamul in dealing with the two arrests — Chatterjee and Mondal — was evident in senior leader Sougata Roy’s reaction to the Birbhum’s strongman's arrest.

Roy said: “In the case of Partha Chatterjee, we were ashamed but we can’t say that in the case of Anurbata right now.”

The CBI had sent 10 summonses to Anubrata Mondal before his arrest in an alleged cattle smuggling case in Bengal. The timeline of the summons:

April 23, 2021: Mondal fails to turn up. Lawyers seek more time on account of the Assembly elections 2022February 14: He cites ill health and evades appearance before sleuthsFebruary 25: Second summons also missed on the same groundMarch 14: He doesn’t turn up; his lawyers seek more timeApril 6: Mondal doesn’t turn up and gets himself admitted to the SSKM Hospital in CalcuttaApril 23: He skips summons on health grounds, his lawyers produce doctor’s prescriptionMay 19: Mondal appears before the CBI for the first timeMay 27: He skips the summons on health groundsAugust 8: Mondal skips the summons, reaches the SSKM Hospital, where doctors decline admissionAugust 10: He ignores the summons, lawyers hand over a letter saying their client is advised “bed rest” by doctors