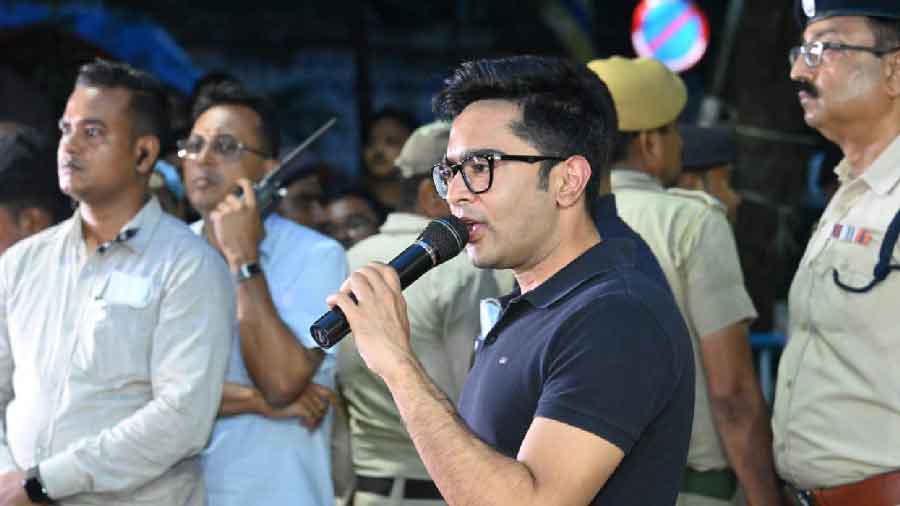 Trinamul leaders of Alipurduar from Friday will walk up to the houses of MLAs of the district and the MP’s residence — all of whom are from the BJP — with tea workers and launch a 10-daylong demonstration over a series of issues including pending provident fund and alleged apathy of the Centre towards the tea population.

This is the first time in north Bengal and probably in the entire state that Mamata Banerjee’s party has planned such a political activity.

So far, the protests against BJP leaders and elected representatives have remained limited to wielding black flags and shouting slogans.

In Bengal, Alipurduar is the third district (the other two being Darjeeling and Kalimpong) where Mamata Banerjee’s party does not have a single MLA or MP. Alipurduar’s five MLAs and MP John Barla, also the Union minister of state for minority affairs, are all from the BJP.

The move is being seen as a dual strategy by the ruling party of the state ahead of the panchayat elections.

On one hand, Trinamul intends to exert pressure on the BJP in the latter’s stronghold.  On the other hand, Trinamul also wants to revive the support of the tea population for the rural elections.

“From January 27 to February 5, we will demonstrate in front of the houses of the MLAs and the MP every day. This is because hundreds of tea workers are facing provident fund-related problems and are being deprived of their legitimate dues. Also, the central government and its ministers have made several elaborate promises to help the tea workers, their families and the industry as a whole, but nothing has translated into reality so far,” said Prakash Chik Baraik, the Alipurduar district Trinamul president.

The decision to start demostrations near the homes of BJP lawmakers follows instructions from the party’s all-India general secretary Abhishek Banerjee.

In September last year, Abhishek, at a public meeting at the tea town of Malbazar in Jalpaiguri, announced that they would confine the BJP MLAs and MPs at their homes if the problems of tea workers are not resolved.

Baraik said that to date, the linking of Aadhaar with PF accounts is pending for hundreds of workers, and hence their PF is not deposited in their accounts.

“The Centre announced Rs 1,000 crore for the uplift of women and children in the tea belts of Assam and Bengal back in 2021. Two years have passed and not a penny of that has been spent here so far,” Baraik added.

On Wednesday, the Trinamul leaders held a meeting at the district party office where a plan was chalked out for the demonstrations to be held in different locations.

“As the MP’s residence is at Banarhat of Jalpaiguri, the demonstration would be held jointly with Trinamul’s Jalpaiguri district committee,” said Baraik.

Party insiders said that the state government had taken up initiatives towards the slew of announcements that Abhishek had made at the meeting.

These include setting up health centres, crèches and introducing ambulance services in tea estates and providing identity cards to each tea worker.

“Last week, chief minister Mamata Banerjee was here and she inaugurated a number of facilities for the tea belt. She also asserted that tea workers need to start a movement to get their demands. We want the tea population to understand that the elected representatives of BJP and the Centre didn’t do anything for them unlike the state government, which has come up with various welfare measures,” said a party functionary.

Manoj Tigga, the BJP MLA of Madarihat in the district, said Trinamul was trying to divert the attention of the tea populace.

“The tea estate residents are well aware that a number of Trinamul leaders are involved in corruption and some are behind bars. They have rejected Trinamul here in recent elections. That is why Trinamul is desperate and wants to divert peoples’ attention with such demonstrations at our houses. Such strategies won’t work,” Tigga, also BJP’s chief whip in the Assembly, said.