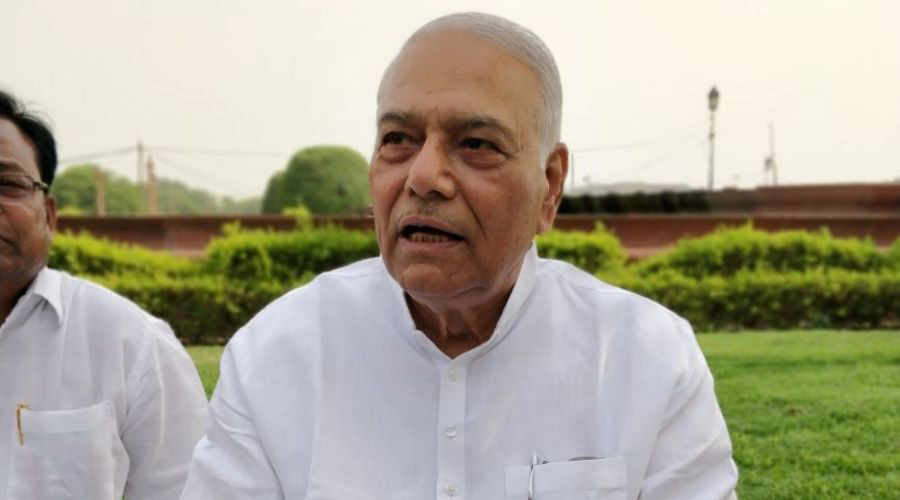 Trinamul Congress leader Abhishek Banerjee is all set to propose the name of the party’s national vice-president, Yashwant Sinha, as an optional candidate of the Opposition in the presidential election at a meeting convened by NCP chief Sharad Pawar in New Delhi Tuesday.

Trinamul national general-secretary Abhishek will represent the party at the meeting. He is likely to build a case for the 84-year-old former Union finance minister’s suitability for the candidature.

“There is that meeting tomorrow, I will represent the party at the meeting,” said Abhishek on Monday.

“Sharad Pawar’s name was unanimously backed by everyone in the national Opposition, but he does not want to contest…. Let’s see,” the Diamond Harbour MP added.

Trinamul chairperson Mamata Banerjee had proposed Pawar and National Conference chief Farooq Abdullah as the Opposition candidate, but both declined to contest given the unlikelihood of victory.

The third name Mamata had proposed was of former diplomat Gopalkrishna Gandhi — a grandson of Mahatma Gandhi and C. Rajagopalachari. On Monday, he, too, expressed unwillingness to contest.

“There must be an Opposition candidate. Yashwantji is a great choice for the post of President, any given day. If the others are unwilling, why not him? It is not like he has anything left to achieve in active politics,” said a Trinamul Rajya Sabha member of Sinha, who joined Bengal’s ruling party last year.

Sinha had been a stalwart in the BJP till he was relegated to the sidelines by Narendra Modi and Amit Shah.

Sinha held key positions in the Janata Party and the Janata Dal before a long stint in the BJP.

Mamata decided to give Tuesday’s meeting a miss owing to reservations over the way it had been called by Pawar.