According to sources CBI had come to know from the bank statement of Mondal that he had won a Rs 1 crore jackpot on December 7, 2021 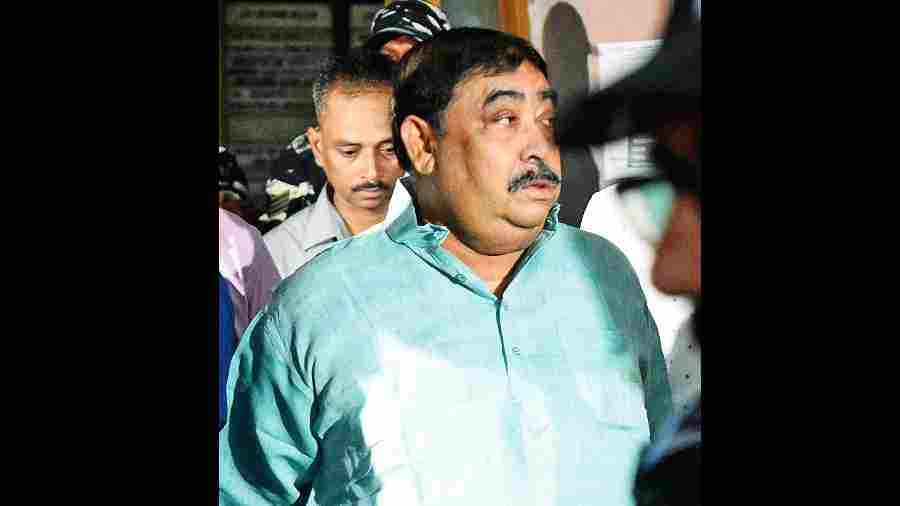 A lottery trader in Bolpur on Thursday said Trinamul Congress leader Anubrata Mondal had purchased a ticket, which had won a prize of Rs one crore, for Rs 83 lakh from a person who had originally hit the jackpot.

Lottery trader Bapi Ganguly was summoned by the CBI to its Santiniketan camp office, along with Noor Ali, who had purchased the ticket from a retailer in December last year.

“The prized lottery was actually sold by Rahul Lottery Agency of Bolpur. Retailer Kalam Sheikh sold it to Noor Ali (a resident of a village near Bolpur). Anubrata Mondal had purchased the lottery ticket (from Noor) for Rs 83 lakh,” Ganguly told reporters after coming out of the CBI camp office.

“Noor Ali had told the truth. The sale of the lottery ticket was mediated by Biswajyoti Banerjee (a Trinamul councillor in Bolpur) and I checked whether the ticket was genuine as they had no experience in the lottery business,” Ganguly added.

Sources said the statement of the lottery trader was significant for the CBI investigating the multicrore cattle-smuggling case to prove that Mondal did not win the jackpot he had purchased it with illegal money earned for allegedly providing a safe passage to the cattle to Bangladesh.

Sources said the CBI had come to know from the bank statement of Mondal that he had won a Rs 1 crore jackpot on December 7,  2021. The money after the tax reduction was credited to his account. The CBI sleuths had already questioned Mondal several times in Asansol jail to know whether he had won the lottery or had purchased it from someone else.

The CBI sleuths on Thursday morning reached Noor’s house in Baro Simulia village near Bolpur to question him and other family members. They also sought bank account and property-related papers of the family members and summoned Noor to its camp office.

Although the lottery trader claimed that it was purchased by Mondal for Rs 83 lakh, Katai Sheikh, father of Noor Ali,  said they  had received only Rs 7 lakh in cash for the lottery.