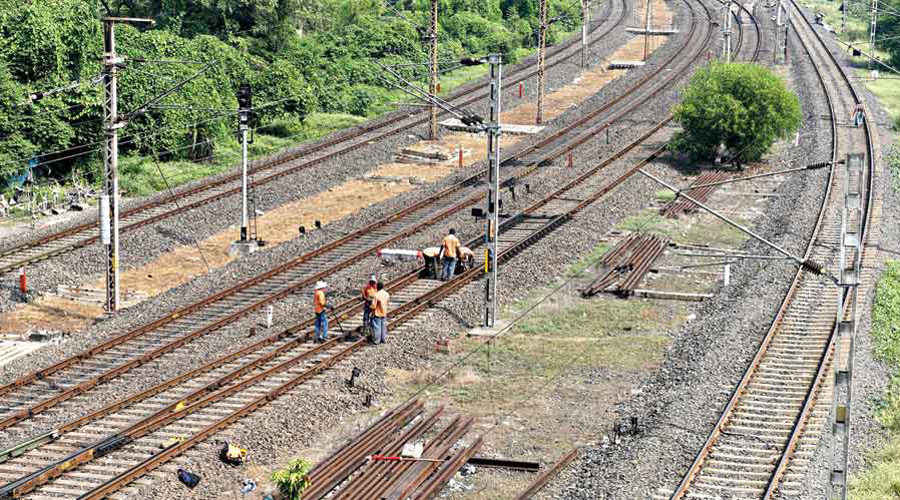 A cement slipper was found with cracks and a pandrol-clip which keeps the former attached to rails was missing from the down track of Malda-Calcutta route on Tuesday afternoon.

An inspection team of the Government Railway Police noticed the problem at Malanchapally in Englishbazar and cordoned off the area before informing the Malda division of the Eastern Railway.

Railway engineers soon arrived and replaced the broken slipper with a new one. A new pandrol-clip was also fixed to the slipper and the rail. “Train services were not hit. The defects were mended on war-footing,” said a railway official.

“The alertness of the GRP and the prompt action by the railway employees prove their commitment to passenger safety. Such inspections and surveillance are continuous process of railways. Small or big faults are quickly repaired,” Malda divisional railway manager Jatendra Kumar said.

Sources in the railways have said this is the first of its kind incident that has been reported in and around Malda Town station in recent times.

Two men who robbed a trader at Manikchak around 10 days ago have been arrested. Police seized a 7mm pistol, four live cartridges and a motorcycle from the duo. Around Rs 55,000 in cash and a cellphone were also recovered.

Police sources said the duo had held hardware merchant Ratan Saha at gunpoint in the Mohana area of Manikchak on January 16 and robbed him of cash, cellphone and some documents. The alleged robbers are Bashir Ali and Sadikul. The police said the two had admitted the crime and the cash and other belongings were handed over to the trader.