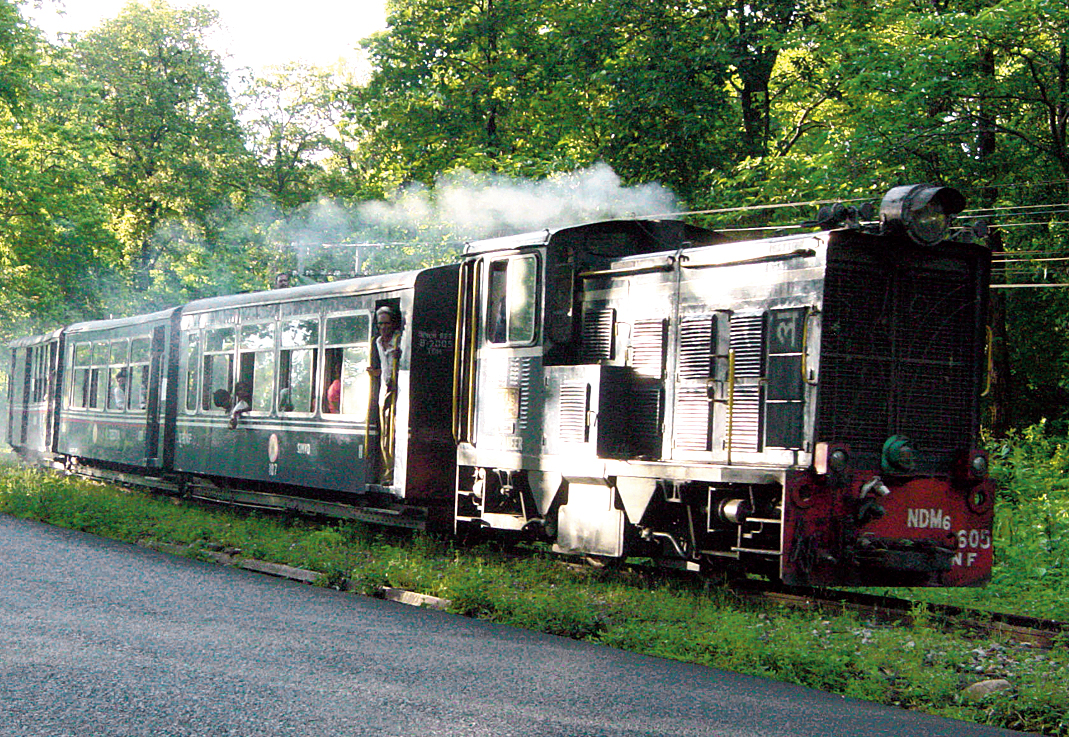 Wheels of one of the coaches a Darjeeling Himalayan Railway toy train had jumped off the tracks and the train had halted 2km from Ghoom station.
The Telegraph file picture
Our Correspondent   |   Siliguri   |   Published 30.12.18, 07:51 PM

A Darjeeling Himalayan Railway toy train derailed near Jorebungalow on Sunday while it was heading for Kurseong from Darjeeling.

Sources said wheels of one of the coaches had jumped off the tracks and the train had halted 2km from Ghoom station.

Although there was no injury to any passenger, the accident inconvenienced the travellers, mostly tourists.

Senior railway officials could not be contacted to know the cause of the derailment.

A source, however, said the sudden drop in temperature in the hills over the past three days and the snowfall might have left frost on the tracks. “The frost could have changed the alignment along a stretch and derailed the wheels. But it can be confirmed only after a thorough inspection,” the source said.

The train had three coaches, including an air-conditioned one, and was hauled by a loco. Wheels of the last coach went off the tracks.

Railway employees, including engineers and workers, took around two-and-a-half hours to bring back the wheels on the track, after which the train resumed its journey to Kurseong.

“It was disappointing to see that the DHR authorities do not have quick response teams and sophisticated equipment like cranes. They reached the spot late and used old tools to drag the wheels back on the track. The DHR is a world heritage site and we had expected a more prompt intervention by the railway,” said M.K. Mishra, a tourist from Guwalior who had boarded the train.