History of buildings and their architectural features 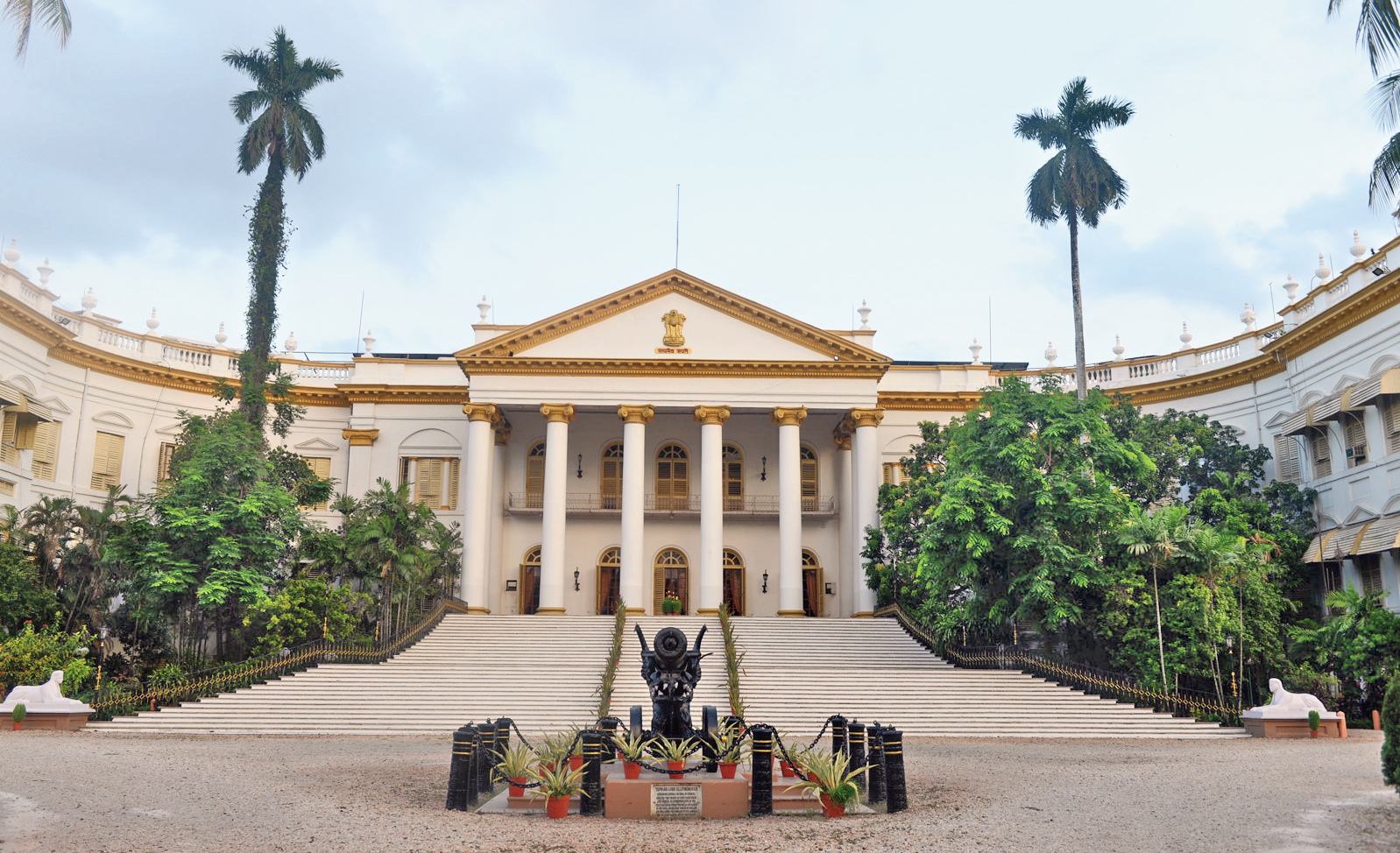 Raj Bhavan as viewed from the North Gate with the Chinese cannon in front. The cannon mounted on a winged dragon was acquired as a battle trophy in 1842.
Picture by Bishwarup Dutta
Sudeshna Banerjee   |   Calcutta   |   Published 21.07.19, 09:14 PM

Governor Viren Shah had commissioned the book Raj Bhavan of Kolkata. Sixteen years on, the current occupant of the country’s most magnificent gubernatorial address, governor Keshari Nath Tripathi, has inspired another publication — Those Noble Edifices: The Raj Bhavans of Bengal.

The book, released at Raj Bhavan on Thursday, is so named because author Jayanta Sengupta, secretary and curator of Victoria Memorial, has focused not just on the familiar address in Calcutta but also on the lesser known counterparts in Barrackpore and Darjeeling.

“From 1803 to 1912, Raj Bhavan was home to the governor general and later the viceroy of British India. This status of being the fountain of power and policy gave it an air of impenetrability that has hardly diminished in the decades before Independence, when it housed the governors of British Bengal and later those of West Bengal,” Sengupta said.

“Although more accessible now, the building still inspires awe. This volume was planned to show what Raj Bhavan means as a residence. Hence it was decided that its innards be opened up through a volume like this that seeks to place the building in its historical context as well as lay down a visual documentation of its architectural features and furniture and its day to day rhythms.”

Social historian Jawhar Sircar, the guest of honour at the launch, made the audience sit up by declaring that this was not the first Raj Bhavan. “For a Governor House, you need a governor. The first governor, Lord Clive, stayed in the building that is now Bengal Chamber of Commerce. The fort was then where the General Post Office now is till it was bombed by Siraj ud Daulah.”

Sircar put forward his conjecture that the original Governor House was on the south lawn of the 27-acre current edifice. That gate provided direct access to Chandpaul Ghat, via a road going past the Eden Gardens. The first person who thought of a splendid Raj Bhavan was Lord Wellesley, who came in 1798.

“He had imperial ambitions and believed that the Company should not rule from a counting house. While staying in the house on the south lawn, he started to make what was an expanded copy of Kedlestone Hall, the family seat of the Curzons of Derbyshore, which must have surprised Lord Curzon when he reached here in 1899,” Sircar said.

“This building,” he explained, “is actually five buildings, with four buildings in four corners joined by a central building. The dome is on the southern one. Thus the rooms have ventilation all around. To understand this building you need to understand the imperialism of architecture and the architecture of imperialism. The steps are higher than at Kedlestone Hall. The ascent leaves you panting and humbled by the time you reach the viceroy at the top.”

The Barrackpore building, the second Raj Bhavan, was also built by Wellesley. After Independence, it was handed over to the state government and a hospital and a police training college were housed there. In its place, the Bengal governor got Flagstaff House, originally the residence of the governor general’s private secretary. It also houses the imperial statues that were displaced by the United Front government.

“Successive governors-general after Wellesley dug up ponds and created hillocks to create an undulating landscape that reminded them of England. Wellesley had started the first aviary there and people still call the crossing Chiria More and the area Latbagan, or Latsahab’s Bagan. People’s memory records everything,” Sircar said.

When the British realised the potential of Darjeeling as a hill station in 1860, they leased land and started building cottages in the 1880s. The first of these cottages was destroyed in the Great Bihar-Nepal Earthquake of 1934. The third Raj Bhavan stands in its place.

“In 1864, Shimla became the summer capital of the British, leading to the creation of the Kalka railhead by which the top officials would travel. Soon after, the Lieutenant Governor’s post was created only for Bengal. As he could not go to Shimla, he started going to Darjeeling,” said Sircar, in a summation of his account of the three Raj Bhavans.