Advertisement
Home / West-bengal / To the rallying point of mass protests

To the rallying point of mass protests 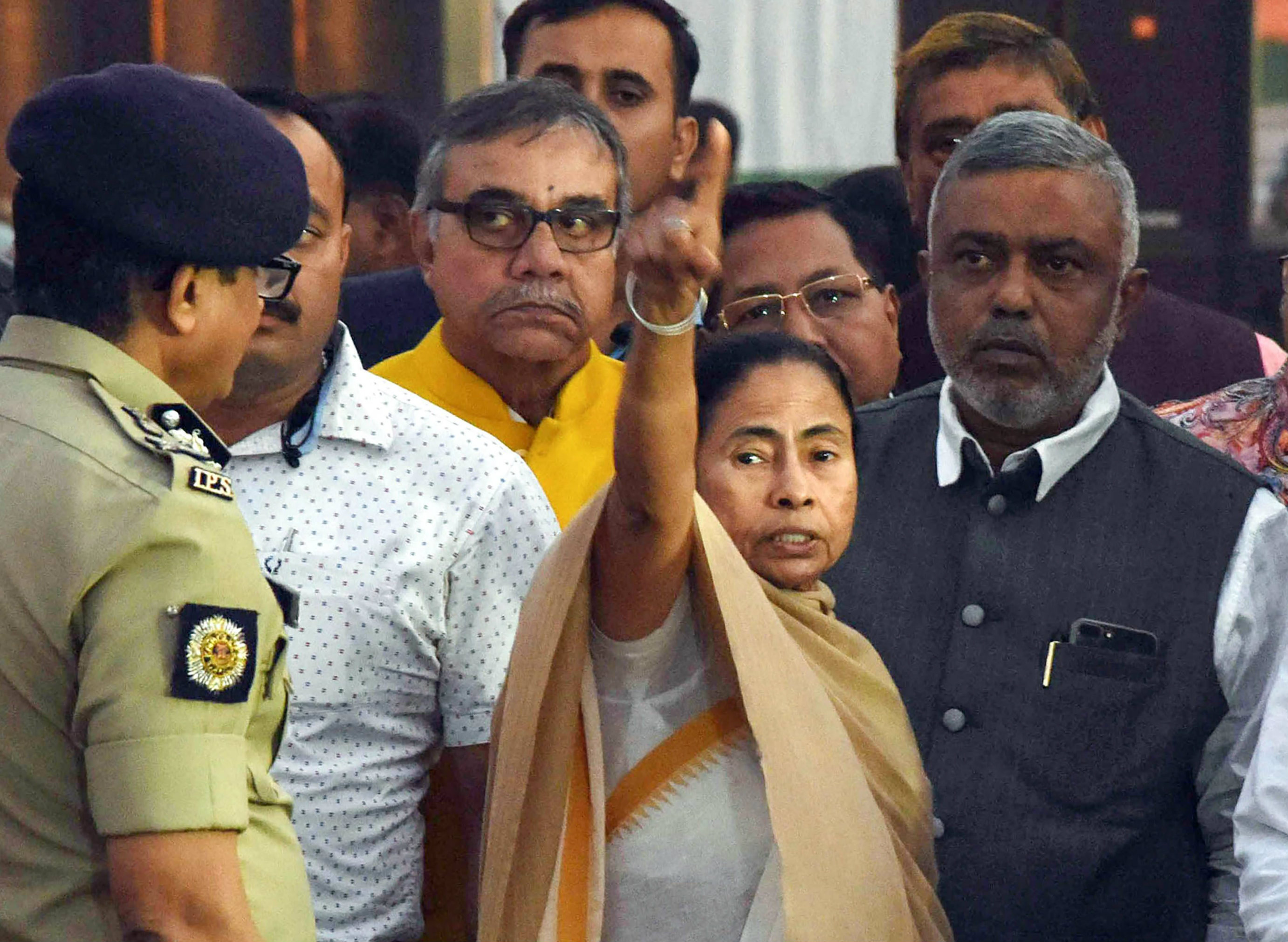 A rally at the Brigade Parade Grounds can throw up three challenges for the organisers: chalking up an impressive crowd count, packing the dais with heavyweights and, sometimes, ensuring the occasion becomes part of political history.

Long before the soundcheck for Saturday’s meeting at Calcutta’s prime seat of protest, chief minister Mamata Banerjee seems to have aced the first two tests.

The patch of green at the heart of the city is poised for what may be a record turnout, thanks to Trinamul’s dominance in Bengal and its leaders’ knack for mobilising crowds. The main dais, from where the speeches will be delivered, is expected to feature the who’s who of Opposition politics in the country.

“Mamata has this flair for build-ups. She has called it a ‘mega rally’ and claimed it would be the biggest the Brigade has ever hosted,” a political scientist said.

The Brigade Parade Grounds have witnessed huge gatherings attended by national and international leaders. Although the declared crowd counts have often been suspect, two public meetings — one for visiting Soviet leaders Nikolai Bulganin and Nikita Khrushchev in 1955 and the other for then Bangladesh Premier Mujibur Rahman in 1972 — are unofficially hailed as the biggest.

By anointing the upcoming rally in advance as the “biggest”, the political scientist said, Mamata has encouraged comparisons with the 1955 and 1972 meetings. Unlike those two, though, Saturday’s show is a political one.

The Brigade, described by political scientist Partha Chatterjee as one of the “rallying points of mass protests”, has been a hub of political rallies since 1949, when Jawaharlal Nehru told “a million people” that the Congress alone could keep India together. (See chart)

Over the next few decades, the venue hosted national leaders like Jayaprakash Narayan, Jyoti Basu, V.P. Singh, Atal Bihari Vajpayee and Chandra Shekhar, who gave calls to oust the governments of Indira Gandhi or Rajiv Gandhi.

The Brigade holds a special significance for Mamata’s political career as well. On November 25, 1992, she was the biggest draw at the Congress’s Brigade rally, where she announced her decision to resign from the Union ministry and take on Jyoti Basu’s government in Bengal.

The Left organised a meeting at the same venue within three days, the prompt response reflecting Alimuddin Street’s uneasiness about the then Youth Congress leader.

Saturday’s meeting is perhaps best compared to the Opposition conclave the Left had organised in 1984 against the Indira Gandhi government. A striking parallel: Basu, who had steered the conclave, was in his seventh year as chief minister — just as Mamata is now.

There’s every likelihood of the messages bearing striking similarities too. On February 14, 1984, leader after leader had castigated Indira, among them the then chief ministers of Andhra Pradesh and Jammu and Kashmir, N.T. Rama Rao and Farooq Abdullah, Janata Party president Chandra Shekhar and CPM general secretary E.M.S. Namboodiripad.

At Saturday’s rally, to which Mamata has accorded the theme “United India”, the speakers are likely to make similar mincemeat of Narendra Modi and his government.

With a separate stage erected for cultural programmes, the audience will be in for a dose of entertainment too. Thirty-five years ago, the Left-sponsored conclave too had offered some entertainment beyond the customary We Shall Overcome — with Farooq Abdullah endearing himself to the crowd with his rendition of Sare Jahan Se Achchha. Farooq will be on the dais on Saturday, and Mamata might just nudge him to do an encore.

If the 1984 conclave had wound up with a call to end Indira’s rule, her assassination later that year had changed everything. But the February gathering had helped bring the Opposition together and its effects were felt in 1989 and for long years afterwards.

The place of Saturday’s event in the Brigade lore will be decided in the summer of 2019.

'Across India, there are powerful forces afoot. Forces that are fanned by the anger and disappointment of hundreds of millions of Indians who have seen through the false promises and lies peddled by the Modi government. These forces are moved by the hope of a new tomorrow; a tomorrow filled with the idea of an India in which the voice of every man, woman and child will be heard and respected no matter what their religion, economic status or region.

The entire Opposition is united in our belief that true nationalism and development can only be defended on the tested pillars of democracy, social justice and secularism, ideas that the BJP and Mr Modi are intent on destroying.

We commend the great people of Bengal who have historically been at the forefront of defending our ideals.

I extend my support to Mamata Di on this show of unity and hope that we send a powerful message of a united India together.'