People will prove through their votes whether I have deceived them: Mausam 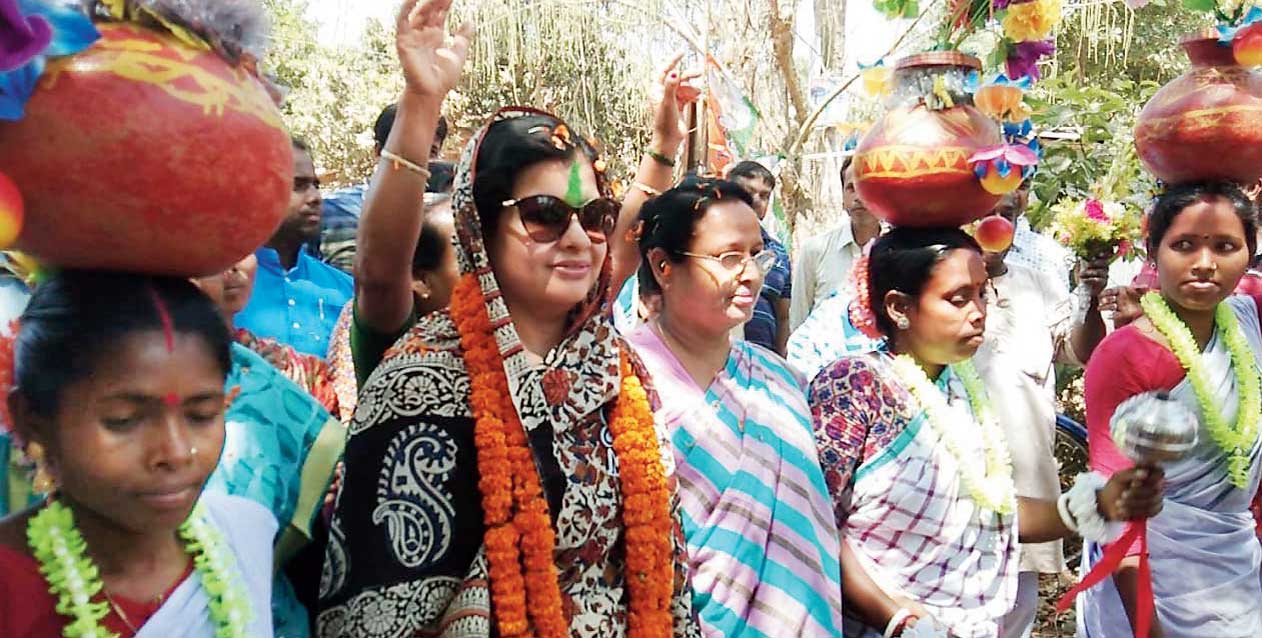 The Trinamul Congress will on Monday organise a public meeting at the same venue in Chanchol where Congress president Rahul Gandhi organised a rally on Saturday and targeted Mamata Banerjee and the ruling party’s Malda North candidate Mausam Noor.

The Congress had managed to assemble a crowd of over one lakh people at Rahul’s meeting at the Kalambagan Ground. Rahul had blasted Mausam for her defection to Trinamul.

“The accusations against Mamata and Mausam have come from the topmost leader of the Congress and there are indications that the party will try to raise the issue (Mausam’s defection) time and again. Hence, we have planned a counter meeting at Kalambagan Ground in Chanchol on Monday. Minister Suvendu Adhikari will be present,” said a Malda district Trinamul leader.

Mausam, who campaigned in different areas of the Malda North seat on Sunday, said: “People will prove through their votes whether I have deceived them.”

She added: “We stay here with people throughout the year and do not pay occasional visits by choppers ahead of elections. I have seen how the chief minister works for people round the clock and was inspired to join her party. Whether it is any natural disaster or deaths of migrant workers, Mamata Banerjee was always there to help the people of Malda.”

The Congress’s support base has declined in the district in the past four-five years.