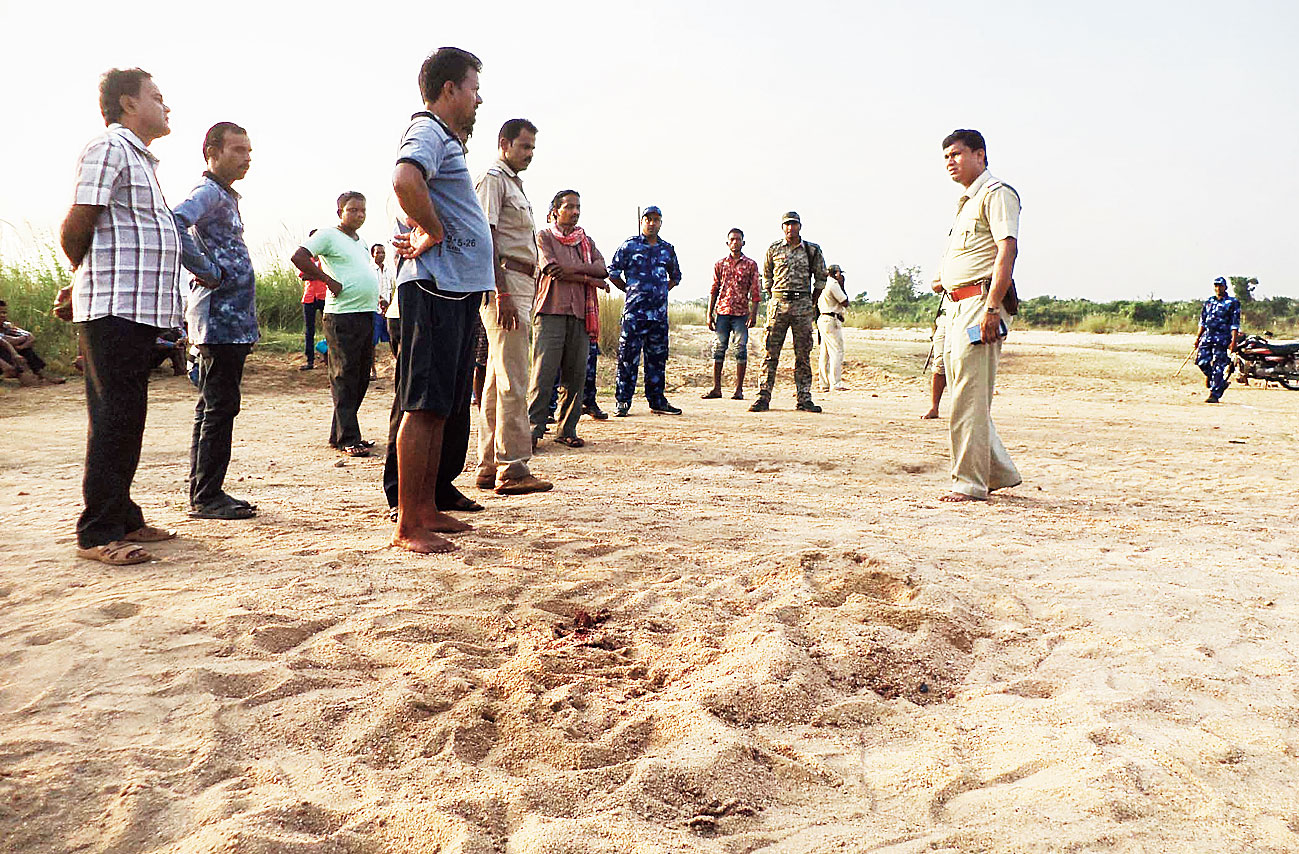 The Khoirasol block committee president of the Trinamul Congress in Birbhum was shot at and hacked with a sharp weapon by unidentified men while he was on his way to inaugurate a football tournament on Sunday afternoon.

Amid speculations on the reasons for the attack on Dipak Ghosh, Trinamul sources and police said his recent appointment as the block party chief could have been the trigger.

Ghosh, 48, had survived a daring attempt on his life in December. He suffered a bullet injury when some miscreants opened fire. He was in hospital for three months. A Trinamul office in the area was blown away last month and the blast was linked to the party’s internal strife over control of illegal coal mining.

After Sunday’s attack, Ghosh was admitted to The Mission Hospital in Durgapur. Doctors said his condition was “critical”.

Partha Pal, the medical superintendent of hospital, said: “The patient is being operated on. Three bullets are stuck inside him and there has been considerable blood loss. His condition is very critical.”

Police sources said the Trinamul leader was on his way to Barkola village, 3km from Khoirasol, to inaugurate a soccer tournament. He was riding pillion on party worker Bholanath Mondal’s motorbike.

“Dipakda got off the motorbike to cross the dry Hinglo river by foot and suddenly, a group of miscreants, with their faces covered, started firing at him. All of them were on two motorbikes and fired at least six rounds. He fell off as two bullets hit him, one in his waist and the other in the neck. Then, some of the assailants hacked him with a sharp weapon before fleeing,” an eyewitness said.

Senior law enforcement officers of Birbhum rushed to the spot and started a suo motu inquiry.

District police chief Kunal Aggarwal said: “We have started a probe into the attack on the Trinamul leader in Khoirasol. Raids are on to arrest the culprits.”

A Trinamul insider said on condition of anonymity that the murder attempt could be attributed to Ghosh’s appointment as the Khoirasol block committee president in June.

“Ghosh was made the president by district chief Anubrata Mondal soon after panchayat elections. He had replaced Sukumar Banerjee. The decision did not go down well with a section in the party,” said the Trinamul insider.

Although Trinamul has a political hegemony in Birbhum, the party remains a divided house at lower levels. Factions fight against each other for spoils of different illegal activities.

In Khoirasol, the Trinamul faction fight has been over the control of coal smuggling from abandoned mines.

“There is a big abandoned coal mine in Parshundi. Rat-hole mining is continuing unabated from at least 200 points though the mine, originally belonging to the Eastern Coalfields Ltd, has been abandoned long back,” said a police source.

Multiple sources in the police admitted that animosity between the various factions of the ruling party had been so fierce that maintaining law and order in the area had become a huge challenge.

“The last five years have seen the death of two Trinamul block presidents. Ashok Ghosh, Dipak’s elder brother, was gunned down in 2013 and then his successor, Ashok Mukherjee, was shot dead in 2014,” said a police source.

According to a man involved in the rat-hole coal mining, the ruling party’s block president has the complete control over the trade, which is a major money-spinner in this arid part of Birbhum, where any employment opportunity is hardly available.

“As panchayats came under Dipak-da’s control, the rival faction, led by Abdul Haque Kaderi, lost clout in the trade. Members of Kaderi’s group were already sulking as none of their nominees could make it to the panchayats as Keshto-da (Anubrata) put his men at the helm. The pent-up ire towards the district Trinamul chief could be the reason behind the attack,” said a Trinamul insider.

Attempts to reach Kaderi for a response have drawn a blank.

Anubrata Mondal blamed the BJP for the attack on Ghosh. “Khoirasol is on the Jharkhand border. The BJP brought in miscreants from the neighbouring state to kill Dipak because he is the strongman of Trinamul in Khoirasol. Police will take action against the culprits,” he told The Telegraph.

Birbhum BJP president Ramkrishna Roy said: “Trinamul is trying to cover up the factional feud over the spoils of illegal coal mining by blaming the BJP.”