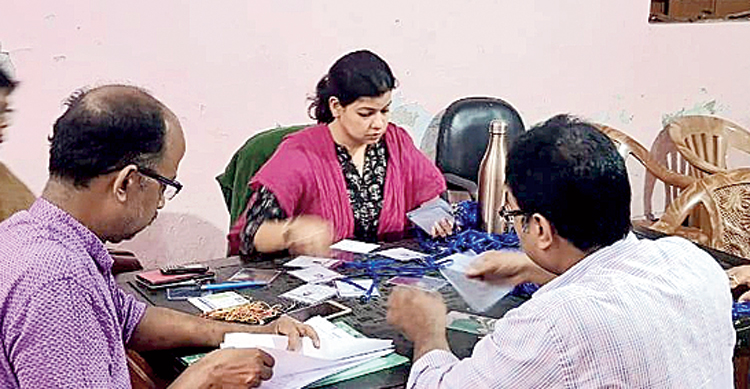 Trinamul leaders in Malda plan to introduce an app and a toll-free number for people to report corruption or other malpractices by elected party representatives.

Mausam Benazir Noor, the district Trinamul president, made the announcement on Friday. The move follows Trinamul chief Mamata Banerjee’s diktat to elected party representatives to stay away from unethical practices.

“We often get reports and complaints from our workers. But a large number of people are still not comfortable coming to us directly. Even people who are with other parties do not feel free to come to us and inform us about malpractices. That is why we have decided to launch the app and a dedicated toll-free number, which will allow them to remain anonymous,” Mausam said.

Trinamul sources said the app — likely to be named “Suraha” (Solution) or “Swasti” (Comfort) or “Parivartan” (Change) — could be used by any person to upload a video, a photo or an audio clip to register complaints.

“District leaders will look into those uploads and take steps. If required, the clips will be shared with the administration” said a party insider.

The plan was cleared at a meeting on Thursday. “Common people lack the courage to approach the administration directly as many fear adverse consequences or do not want to be identified,” said Hemanta Sharma, another Trinamul leader.

A Trinamul panchayat chief in Malda’s Manikchak has been accused of misappropriating funds allocated for the 100-days-work scheme. Saifuddin Sheikh, a panchayat samiti member, has alleged that Sima Bibi, the Trinamul pradhan of Gopalpur panchayat, showed fake projects and beneficiaries. Bibi has denied the charges.