Party leaders trumpet state govt initiatives for the indigenous population during cultural events, ahead of the Assembly elections 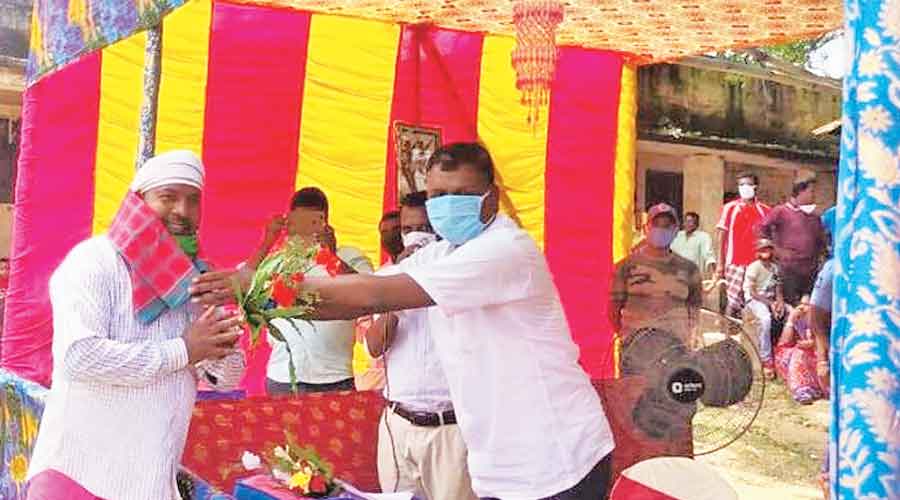 The Mamata Banerjee government on Sunday celebrated Biswa Adivasi Diwas or the International Day of the World’s Indigenous People, across the state, including some areas in north Bengal.

The scale of celebrations is being seen as an attempt by Trinamul to win back the tribal population, most of whom had supported the BJP in the Lok Sabha polls last year.

Officials of the district administration and even the police organised a slew of events to celebrate the day, as did Trinamul leaders of the region.

Cultural events and felicitations of tribal faces featured in many of the events, which gave an opportunity to Trinamul leaders to trumpet state government initiatives for the tribal population.

North Bengal has 20-odd Assembly seats (in total, there are 54 seats in the region) where tribal votes decide the results. In 2019, when the BJP won seven of eight parliamentary seats from the region, it was clear that most tribal people had voted for the saffron party.

A political observer said that Trinamul was trying to recover lost ground. “Trinamul tried to utilise this day to reach out to tribal people, using administrative and party machinery. The recent inclusion of Chhatradhar Mahato as a secretary of the state committee also indicates the party’s strategy.”

Cultural events were held in Alipurduar and Jalpaiguri. The main government event in north Bengal was held in Kumargram, the farthest block of the state from Calcutta, where backward classes’ welfare minister Binoy Krishna Burman promised Adivasi cultural centres in the Dooars.  In Malda, Sarala Murmu, who heads the Trinamul Adivasi Cell, attended events in Habibpur and Bamangola blocks.  “Chief minister Mamata Banerjee has always seen your demands as priority,” she told the tribal people.

“Trinamul leaders could not bank on their party, and engaged the administration and police to plan events to woo the tribal populace,” scoffed Khagen Murmu, BJP MP of Malda (north).