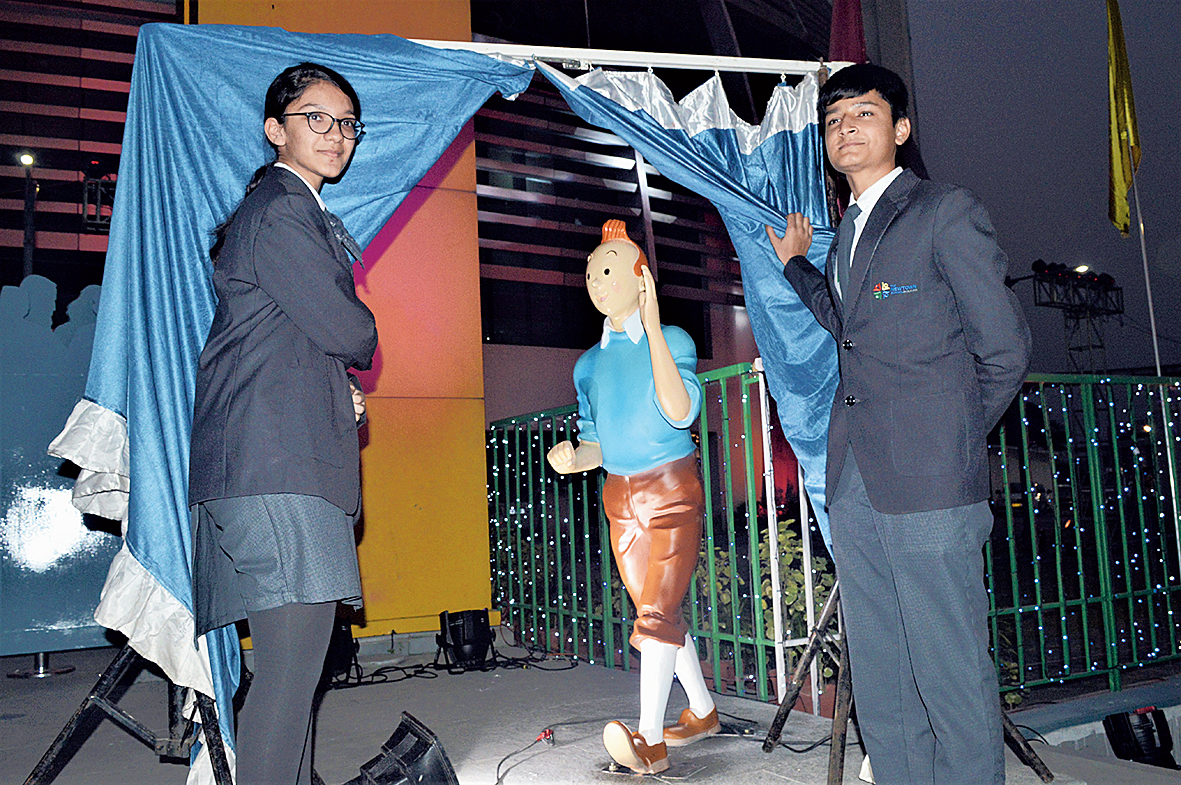 A Tintin installation was inaugurated on the fourth anniversary of Mother’s Wax Museum and it is located not inside but outside the centre.

Sen also launched a brochure and website www.motherswaxmuseum.in with details of the same.

Four people who have been instrumental in the museum’s success — Susanta Ray, who has made most of the wax statues, Subimal Das who has made many silicon statues, Indrajit Basu, whose team has made fibre statues, and Vivek Rathod of Salient Design Studio who has designed the interiors — were felicitated.

“Our biggest challenge is making sculptures without measurements,” said Ray, while Basu said some special preparations had been made before installing the Tintin statue outside. “We gave it special paint with fireproof coating that will be washable and also not fade under the harsh sunlight,” he said.