The Bengal elections are knocking at the door. How will the parties, the Trinamul Congress (TMC) and the CPM in particular, respond? Can they form a united front by combining the crucial populist currents in their favour? Eminent political scientist Ranabir Samaddar, founder of the Calcutta Research Group explores these questions in a dialogue 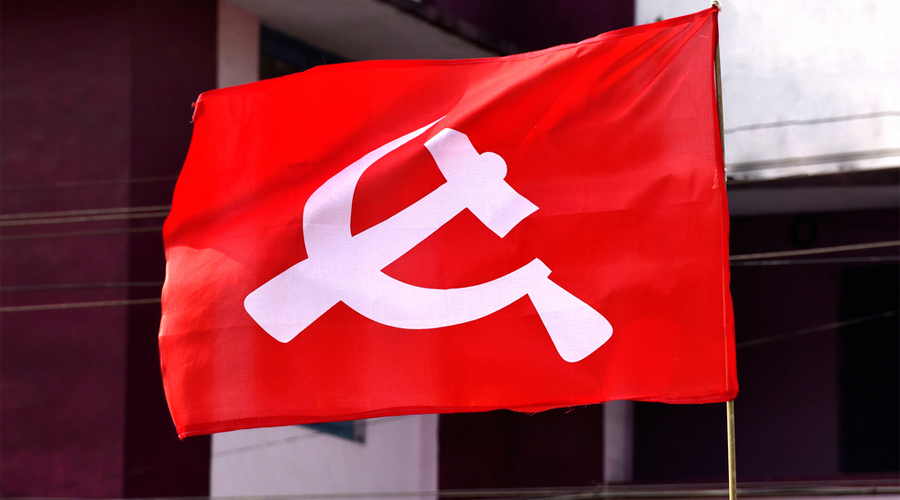 Parties like the CPM are caught between two destinies. They belong to a nowhere condition.
File Picture
Subhoranjan Dasgupta   |   Published 04.01.21, 02:54 AM
CPIML Liberation general secretary Dipankar Bhattacharya has set the ball rolling. He has labelled the BJP as enemy No. 1 in West Bengal and the entire country. According to him, Trinamul and the CPM should compete with each other in their basic effort to defeat the BJP. Do you endorse this attitude and proposal?

The CPIML Liberation leader’s stand seems addressed to the situation in West Bengal, and I do not know if he has something more fundamental and general in mind. But I have no doubt that this will open a new chapter in the struggle for radical social democracy in the country.

At one level it is a call for a united front. But there are two prerequisites which need to be fulfilled in order to achieve a critical understanding of the political question of the united front in the current moment of history.

First, we must have a clear idea of the classes involved, for which the old class analysis will not suffice. Several old class formations have dissolved in the wake of neoliberal globalisation, and in their places we have a vast sea of amorphous, petty producing and self-producing sections, wandering groups of labourers, workers in gig industry and extractive operations, and accumulation through the operation of supply chains and through virtual modes, and an informal labouring force in close link with the formal world of production.

This turn in the political economy has given rise to populist rule in the states, by which I mean populists who are on the “left of centre” or at least are against neoliberal globalisation, and who carry the popular mandate. Yes, Right-wing populists are there, but the Right-wing populists quickly turn into hard authoritarians and have little in common with the populists I am speaking of.

Second, and this follows from the first, the politics of a united front must address the problematic nature of populism, and thus decide the vexed question of who to ally with now, and why to ally with the populists.

The CPM regards Trinamul as its main enemy and has rejected even the prospect of a competitive relationship between itself and Trinamul. How would this firm or intransigent position affect the outcome of the election in West Bengal?

The main worry is not whether the CPM’s firm or intransigent position will affect the outcome of the elections in West Bengal, but what will happen to the party as a consequence of its position.

Of course, the TMC has a tough task at hand. And as with populist destinies, populist politics will go up and down. But if the history of postcolonial capitalism is any guide, “people” as a category of politics will continue giving birth to new populisms.

The TMC may be defeated by the Right, yet their work on protection of the petty producers and informal sections of the working people and their entire economic theology built around the protection of the poor will stay on as a permanent feature of Bengal politics.

Make no mistake, a social war is being fought between capital and the subaltern classes who are behind the populists – the party of the punitive forces of the rich and the party of the populists. This is the matrix of all power struggles today and the social war of our time. Therefore I shall reframe the question: What will be the impact on the Left because of its inability to grasp the nature of the social war of our time?

I do not know if this is a clear and candid political stand, nor am I saying this is mere semantic quibbling. What I know is that this indicates great confusion among the leaders of the Left about the nature of populism. Apart from the fact that this pairing of the BJP and Trinamul tells us about their mad rush for Nabanna by any means, and therefore their conjuring of convoluted arguments, the fundamental root of this confusion is the inability of the CPM to come to terms with the phenomenon called populism.

They cannot call the TMC fascists; they cannot also swallow the fact that the TMC has incorporated many issues of their agenda, and has gone several steps forward in terms of the protection of the poorer sections of society, and are unabashedly welfare-oriented in nature and are against neoliberal globalisation.

We can extend Dipankar Bhattacharya’s proposal to the national level and say that only a firm and united Opposition can subjugate the BJP throughout the country. If this very difficult mission flounders, the BJP will continue to rule with a 30 per cent vote share. Aren’t the Opposition parties like the CPM unaware of this; can’t they read the writing on the wall?

Parties like the CPM are caught between two destinies. They belong to a nowhere condition. They neither have a national vision, by which I mean an idea about how to develop an all-India perspective of struggle based on the various popular political forces and existences, nor do they have a local vision, by which I mean an idea of a path to develop at the state level ---where opportunities arrive at regular intervals – an alternative mode of governance, alternative political experiments, and an alternative way to connect the national and the popular.

In India, what Antonio Gramsci had termed the “national-popular” has been actualised under historically concrete circumstances in local milieus – the milieus of the states – where language, culture, anti-caste movements, democratic politics, the presence of the lower classes in the public political arena and an anti-colonial legacy have combined to produce the “national-popular”.

Dipankar Bhattacharya’s statement attests to the realisation attained by a section of the Left of the prevailing conundrum. Perhaps the Bihar elections led to this welcome development. In any case, it is good, it makes sense. However, the logic has to be pushed further.

It is not a mere question of electoral opposition or alliance. It is a question of reconceptualising the people, the popular, and reimagining class through people and vice versa. This will lead to a reconfiguring of the tension between the national and the local. The tension is productive.

But, finally, if this indispensible reconceptualising does not take place at the local and national levels as a result of an ingrained myopic attitude, we should really feel worried about the Left’s future — is it not hurtling down the path of self-destruction?