The cycle's struggle to make a comeback on Calcutta’s streets

Calcutta, which has one of the poorest ratios between road space and city space, barred cycles from 174 roads in 2012 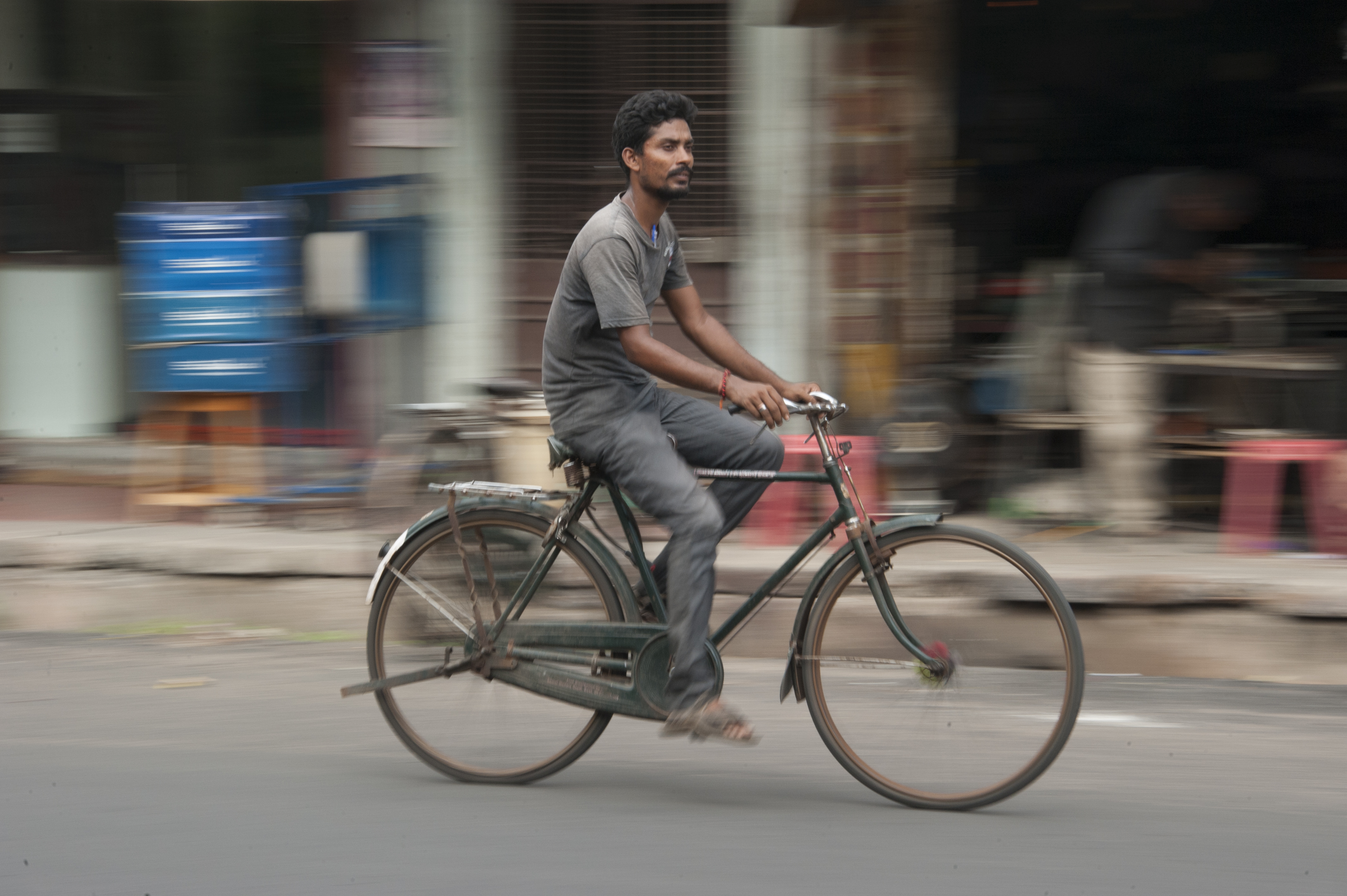 Statistics bear out the administrative and societal prejudice against the bicycle, which had been christened the “freedom machine” by 19th-century suffragists for its undeniable role in women’s emancipation
iStock
Uddalak Mukherjee   |   Published 16.11.19, 07:07 PM

Dandy Horse. That was the name of the first mechanical contraption for human transportation on two wheels. It is unlikely that administrations around the world, including the Calcutta Police, consider the bicycle, the successor of the Dandy Horse, to be a bit of a dandy. In fact, at a time when the notion of speed is integral to the idea of modern transportation, the bicycle — slow-moving and uncool to the critic’s eyes — sticks out like a sore thumb.

Statistics bear out the administrative and societal prejudice against the bicycle, which had been christened the “freedom machine” by 19th-century suffragists for its undeniable role in women’s emancipation. Calcutta, which has one of the poorest ratios between road space and city space, had called the bicycle names in 2008, denouncing it as “slow-moving transport” and barring it from 38 major roads. Things took a turn for the worse for Calcutta’s dwindling cyclists when, in 2012, bicycles were banned from 174 roads, the move coinciding with the extension of Calcutta Police’s jurisdiction into the city’s peripheral areas. Malini Sur, an anthropologist who has a documentary, Life Cycle, on city cyclists, put the number of roads out of bounds for cyclists at around 70 in an article two years ago.

Yet, the systematic elbowing out of the bicycle, abetted by a conniving administration and culture, has not been able to silence its bell. At least, not yet. Some credit for that must go to the Kolkata Cycle Samaj, a citizens’ initiative, which is working to not only save the cyclist from institutional discrimination but also to put his baahon (vehicle) — the bicycle — back on track.

“The objectives of our organisation are clear,” said Raghu Jana, one of the driving forces behind this unique samaj. “We would like the authorities to recognise the cycle as a bona fide mode of public transportation. We would like to put an end to the harassment faced by cyclists at the hands of the police and build a broader solidarity against such discrimination. Finally, the Kolkata Cycle Samaj would also like to expose the infirmities in existing law that encourages such transgressions.”

“Pay special attention to Section 292 of the West Bengal Motor Vehicles Rules, 1989, a provision that is often misused by the law-keepers,” added Jana.

Satanjib Gupta, another member of this samaj on wheels but far younger than Jana, offered a cultural context to the bicycle’s slow disappearance. “The pre-eminence of speed in transportation technology and human thought has forced a re-evaluation of the pleasures and needs of unhurriedness, leading to the rejection — [ridiculing?] — of the bicycle even among traditional patrons such as the working class. It would be interesting to examine the extent of the penetration of motorcycles and bikes among students and workers, segments that could be seen wheeling their cycles in another Calcutta.”

One of the blights of the bicycle, naysayers argue, is its relative slowness when compared to such rivals as mopeds or cars.

But Anil Das will have none of this. Das, a resident of Kasba, cycles to his workplace in Sector V, often surviving zealous cops eager to impose fines.

Jana has a theory to explain Das’s bond with the bicycle. “Cycling, research has shown, can boost physical and mental health. There is also no better way of getting acquainted with the city than cycling,” he said.

Indeed, the Kolkata Cycle Samaj seems to be spreading its digital wings quite demonstrably. It has over 300 members on its Facebook page, which, in turn, buzzes with the chatter of cycle lovers. Here, Abhijit Paul, for instance, has enquired about the price of “Best MTB” for daily use; Kushal Bhattacharya wants to know whether Calcutta has dedicated cycle tracks; Smarajit Sett has posted the photograph of a pandal, of Dum Dum Park Sarbajanin apparently, on which hangs several bicycles.

“The resurgence of interest in the bicycle among young adults and even the elderly can be attributed to, ironically, a deeper crisis: climate change. The survival of the bicycle, and indeed of the planet, could thus hinge on the level of climate awareness,” said Gupta.

Is the bicycle, a non-polluting mode of transportation, then making a comeback? Gupta is optimistic. “In September, our rally on World Car Free Day had witnessed a considerable response.”

But the odds, Gupta knows, are daunting. A vehicle density study by the Calcutta Police had shown that 3,750 venom-spewing vehicles are on the move every minute on the city’s roads in the peak hours — between 8am and 8pm. It is unlikely that they would give the right of way to the bicycle.

But Calcutta could take a look at what has been achieved by the Dutch. Post-war, Holland had been run over, figuratively and otherwise, by motor vehicles, causing a dangerous dip in the number of bicycles. But rising numbers of accidents and incidents of road rage resurrected the bicycle. The trick, evidently, was the rise of communities — Dutch samajs — that sensitised people about the need to put collective welfare over individual prerogatives.

In the Kolkata Cycle Samaj, Calcutta has an opportunity to begin a similar, lengthier, albeit tortuous, healing process.