‘Most systems have collapsed in the hills...We must have a School Service Commission’ 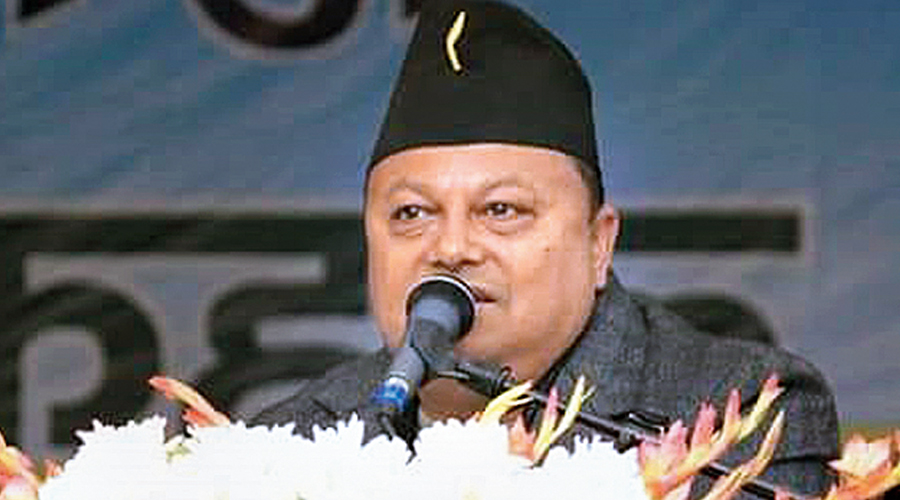 GTA head Anit Thapa has batted for the establishment of a School Service Commission (SSC) exclusively for the Darjeeling hills.

“Most systems have collapsed in the hills. We must have a system to recruit teachers. We must have a School Service Commission. I have had a word with chief minister Mamata Banerjee in this regard,” Thapa said while addressing a public meeting organised by various teachers’ organisations in Darjeeling on Monday.

He is the chairman of the board of administrators constituted by the state government to run the Gorkhaland Territorial Administration.

The SSC issue has had a roller coaster ride in the hills and many believe the best candidates have not landed the teachers job here because of the absence of a proper teacher recruitment policy.

In 1997, the government had conducted an SSC test for teacher recruitment which was cleared by 182 candidates from the hills. The examination was conducted by Malda regional centre.

The then hill body, Darjeeling Gorkha Hill Council (DGHC), did not allow the candidates to join work and demanded that a separate zone be formed for the hills.

In 1999, the state government did form the hill zone and an SSC examination was also conducted. Forty candidates passed the test, but the DGHC once again stalled their appointment and raised a fresh demand for handing over the SSC (hill zone) to the DGHC.

The state government then stated that a bill would be placed in the Assembly to hand over the SSC to the DGHC but the GNLF, which was in power, stated that it would not accept the SSC as almost all hill school were “linguistic minorities” and argued that minorities schools were out of the SSC’s ambit.

On September 5, 2003, the state government directed the secretary, SSC (hill zone), to keep the office “under suspension” and asked the official “to lock the office and hand its custody to the district magistrate.”

The DGHC continued recruiting “ad-hoc” teachers — there were allegations of political nepotism in appointment — providing them with a meagre remuneration. Many hill institutions also appointed “voluntary teachers” whose remuneration was not fixed to fill up vacant space.

Over the years, there have been constant demands for regularisation of jobs of the ad-hoc and voluntary teachers. Many of these teachers were made permanent in the past two years but there are many who are still raising regularisation demand.

The 220-odd candidates who had cleared the SSC examination finally landed jobs through court verdict many years later. “In the past few years, many teachers have had their job regularised and they were thanking me today but I do not deserve this gratitude,” said Thapa.