Mandal, 34, who was riding a motorcycle, was waylaid by bike-borne men around 10.30pm at Raghunathpur and shot thrice 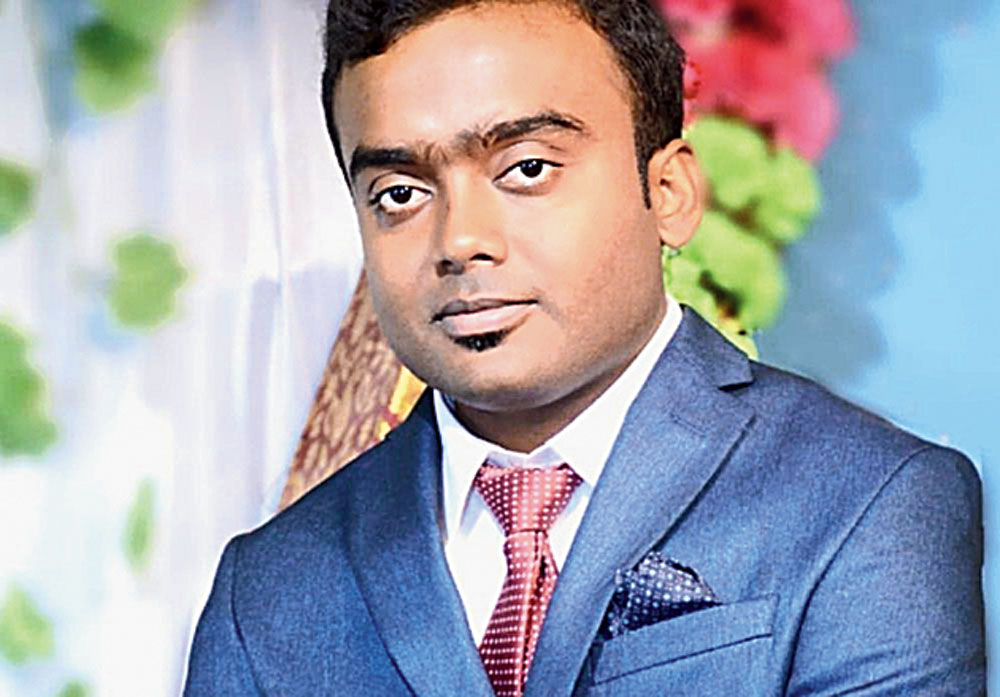 A schoolteacher in Purulia was shot through his eye and killed by unidentified persons when he was returning home late on Friday night.

Chinmay Mandal, 34, who was riding a motorcycle, was waylaid by bike-borne men around 10.30pm at Raghunathpur and shot thrice. One of the bullets went through his left eye and got lodged in his head.

Mandal, a member of the Trinamul Congress’s education cell, was declared dead on arrival at Raghunathpur Super-Speciality Hospital, where his wife Papiya is a nurse.

Neighbours alerted by the gunshots had taken Mandal to hospital and informed his family.

Papiya, who was at home when the neighbours came calling, said Mandal had gone to Raghunathpur town to buy sports goods for his school. “He called me up around 9.30pm and said he would have dinner at a friend’s home and return by 10.30pm,” Papiya said.

Trinamul’s Purulia district general secretary Nabendu Mahali said the “police should probe if Mandal was murdered because of any political motive”.

Mandal’s family dismissed such a possibility.

“My husband did not have any political or personal rivalry,” Papiya said.