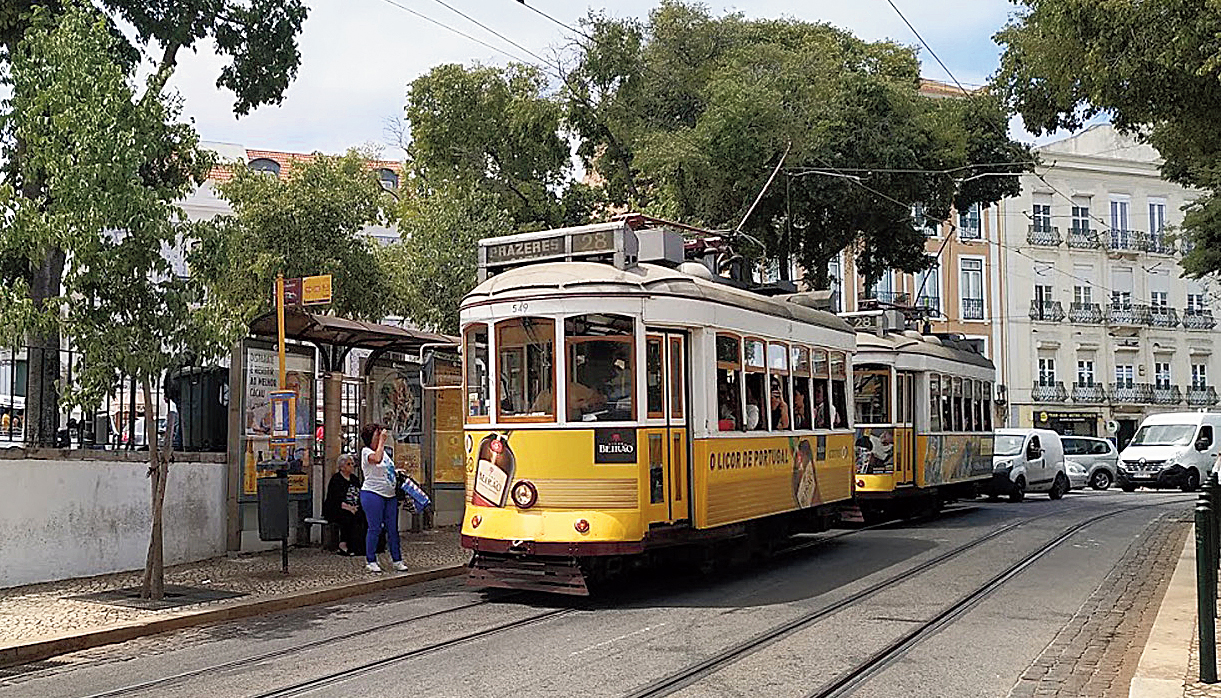 The school passout who had only ever boarded the school bus from outside her home had been tutored vigorously at home to board the tram on route 24 that would take her straight to college. Thirty moons later, it was Lonely Planet that tutored the same self on how to take Tram E28 to the famous touristy district of Alfama in Lisbon.

The sounds were familiar, the trundling of the wheels on metal tracks embedded in the asphalt, the clang of the metal bell that warned pedestrians of its approach. Even the overhead lines that criss-crossed the sky were similar to the trolley pole (that transfers electric power to trams), often getting dislodged and a driver getting down to slot it in line. But the similarities stop there.

The picture postcard capital city of Portugal is doing its utmost to keep its electric trams on track unlike Calcutta, where they are on their way to extinction. Lisbon’s trams, operated by the state-owned Carris (Companhia Carris de Ferro de Lisboa), are an integral part of the public transport network and cover the areas of the city with no access to Metro. Like all European cities, Lisbon, too, offers a travel card at Euro 6.40 that allows unlimited access to trams on all routes, the Metro, buses on all routes and ferry services for 24 hours. Alternatively, one can buy tickets while boarding the tram for three Euros.

The ubiquitous yellow trams aren’t very different from those in Calcutta, only they are well maintained with wooden interiors polished with beeswax. A very familiar warning can be seen printed in Portuguese and English: Beware of pickpockets. These historic Remodelado cars run in the hilly parts of the city while the modern Siemens Articulado trams run on flat sections of the city that connect central Lisbon to Belem district.

Heritage trams of 1930 vintage operate as tourist trams. These are olive green or red in colour, distinguishing them from the yellow trams. The tickets are a tad expensive as they take tourists through all the monuments and historic places with audio guides. Calcutta has also introduced an air-conditioned heritage tram ride through touristy parts. Lisbon has a tram museum that showcases the earliest horse-pulled carriages.

The Lisbon authorities deploy old trams because of the undulating tracks and tight corners in the historic sections of the city. Trams in Calcutta run through flat topography and have the widest possible turning circles. The tram tracks in Alfama are the steepest while the turning circle of the single carriage just misses the edges of the ancient overhanging buildings.The most picturesque sights of Lisbon trams are painted with colourful graffiti against the backdrop of wall art in the Bairro Alto district of Lisbon.

Back in Calcutta we have both trams and wall graffiti. What we lack is a sense of aesthetics and a respect for heritage.