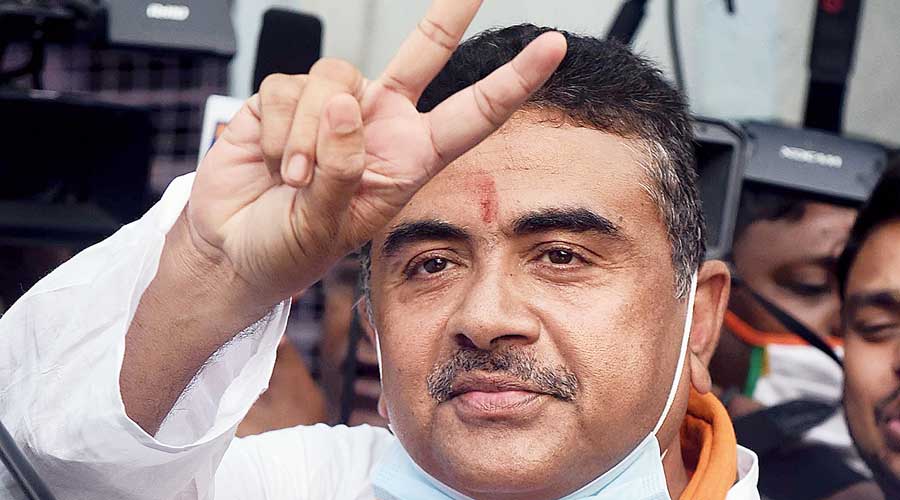 Opposition leader Suvendu Adhikari on Monday met BJP supporters, who were the alleged victims of post-poll violence, at Bhupatinagar in East Midnapore district in the backdrop of accusations that his party had failed to stand by ordinary workers affected by the clashes across the state.

Rabindranath Maity, the BJP MLA of Bhagabanpur, claimed at least 80 houses of party workers had been ransacked and more than 250 people rendered homeless at Bhupatinagar since May 2 when the Assembly poll results had been announced. Maity blamed the alleged inactivity of local police and the administration for the violence allegedly perpetrated by Trinamul Congress cadres.

Mohitosh Arui, a local BJP booth president, said he had requested Adhikari to ensure the protection of him, his family and the rest at the village. He said the party could’ve ensured his security if it wanted to.

“I’ve shed my sweat to help the party win in Bhagabanpur. We ensured the BJP’s win by around 27,500 votes. Yet, the party can’t provide shelter to us,” Arui said.

“I told Suvendubabu that he is the leader of the Opposition. It is his duty to save his people,” he added.

MLA Maity told The Telegraph that Adhikari had asked the BJP workers to move the court if the police didn’t accept complaints. “He has asked us to speak to the National Human Rights Commission.”

Trinamul denied all the allegations and claimed BJP supporters had ransacked the houses of the ruling party’s workers at Bhupatinagar.

“In fact, BJP workers are attacking us. We have complained to the police superintendent and the NHRC,” said local Trinamul leader Tarun Jana.