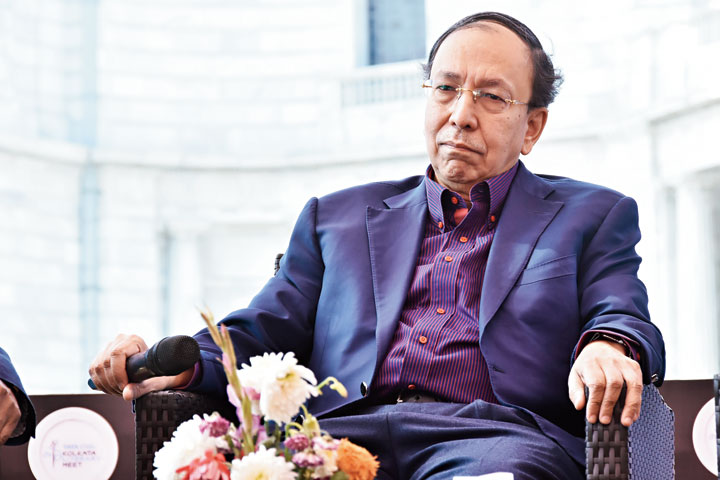 “Unless it is our objective to show that India is simply part of the global rise of right wing authoritarianisms,” he added.

The far-right Bolsonaro, who has completed a year in office, has been accused of homophobia, authoritarianism and misogyny, to name a few. From accusing NGOs of starting the catastrophic fires in the Amazon last year to telling an Opposition lawmaker in parliament in 2014 that he would not rape her because she did not “deserve” it, Bolsonaro has hit the headlines for making one outrageous comment after another.

“I can understand that we have economic interests to protect with Brazil. But that can easily be done through bilateral meetings. That can easily be achieved at Brics meetings. On a ceremonial occasion, such as the 70th anniversary of the republic, we ought to have done better, unless it is our objective to show that India is simply part of the global rise of right wing authoritarianism,” Bose said on Saturday, during a session at the Tata Steel Kolkata Literary Meet in association with Victoria Memorial Hall and The Telegraph.

The audience, some of them rising, kept applauding as he spoke.

The invite to Bolsonaro — who arrived in New Delhi on Friday — has evoked strong reactions from citizen groups, women’s organisations and political parties. The words of Bose, grand-nephew of Netaji Subhas Chandra Bose and Harvard professor, would add heft to the ongoing criticism.

At the meet on Saturday, the Harvard professor was part of a panel that included former foreign secretary Krishnan Srinivasan and former professor of history at Calcutta University Hari Vasudevan.

“I just want to take this opportunity to make one other statement. There are certain occasions on which a country can assert values. I must say I am utterly dismayed that on the 70th anniversary of the Indian Republic, our government and our Prime Minister Narendra Modi has chosen to invite Brazil’s Bolsonaro. I know something about Bolsonaro. I always discuss Brazilian politics and Indian politics and American policies with my Brazilian colleague in the history department at Harvard, Sidney Chalhoub, and also with my American colleagues.

“Here is someone who is a patron of death squads in Brazil. We had so much choice. This is a world with so many different sovereign countries and we could not invite someone with a sense of value on the 70th anniversary of the republic,” Bose said amid a loud cheer from the audience.

In November, a Brazilian channel connected Bolsonaro to suspects in the assassination of Rio de Janeiro city councillor Marielle Franco, a left wing politician, in March 2018.

Bolsonaro has denied the allegations.

The panel at the meet discussed Values in Foreign Policy, a book that former foreign secretary Krishnan Srinivasan has co-authored. The discussion centred on a basic question — should foreign policies be influenced by moral ethics or national interests.

The panel was taking questions from the audience when one man asked about India’s “obsession with Pakistan” and apprehensions on the Chinese One Belt One Road (Obor) project. India should get over the obsession with Pakistan “to play the global role it aspires”, Bose said. He spoke about India’s “certain objections (on Obor) on the sovereignty issue”.

Speaking to Metro later on Saturday, Bose said: “We were discussing values in foreign policy. And our government has invited someone who has refused to accept the environmental damage that he has done to the Amazon. His culture minister plagiarises Goebbels. It is a disgrace to invite someone like Bolsonaro to the day that celebrates our Constitution”.

In an online video on January 16, Roberto Alvim, the then Bolsonaro’s culture minister, proclaimed: “The Brazilian art of the next decade will be heroic and national. It will be endowed with great capacity for emotional involvement and will be equally imperative, since it is deeply tied to the urgent aspirations of our people, or else it will be nothing.”

The speech seemed identical to the one given in May 1933 by Joseph Goebbels, the Nazi propaganda minister.

A portrait of Bolsonaro hung behind Alvim, like Hitler’s portrait hung behind Goebbels. Under severe domestic and international pressure, Bolsonaro sacked Alvim the next day.