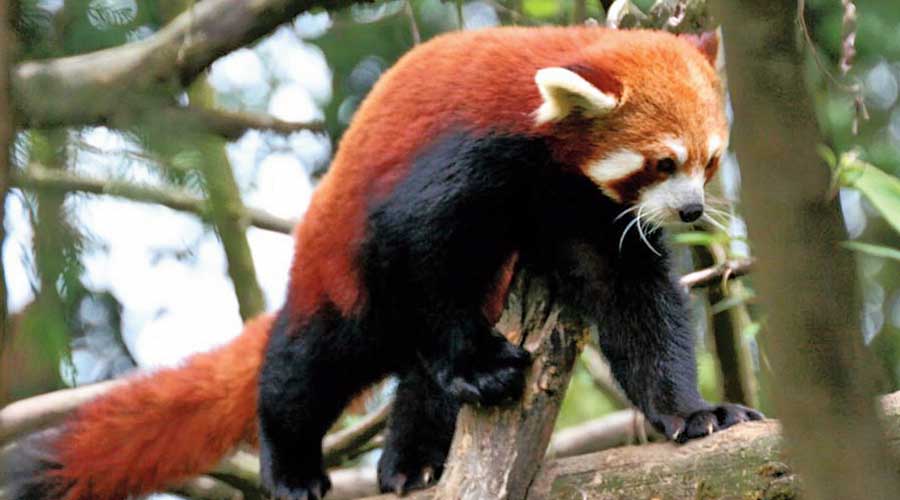 Tierpark Berlin, a zoo in the German capital, has much to thank the Padmaja Naidu Himalayan Zoological Park (PNHZP) of Darjeeling for.

The hill zoo had gifted Berlin a pair of red pandas, Joel and Shine, this February, as a part of an animal exchange programme. In June, Shine had a baby in the Berlin zoo, Rajendra Jakhar, director of the PNHZP, said. The cub and its parents are doing well.

He added that in the Darjeeling zoo, too, three panda cubs were born on June 27, taking the panda population to 24.

“As a part of the animal exchange programme, we sent Himayalan red pandas Joel and Shine to the Tierpark, an animal park in Berlin, on February 4. The park authorities from Berlin have informed us that Shine gave birth to a cub on June 5,” said Jakhar.

In Darjeeling, the panda family at PNHZP has also increased as three more cubs were born on June 27.

“With the birth of three more pandas, the present panda population in the zoo is 24,” the director added.

In the late nineties, the zoo in Darjeeling was selected for captive breeding of this species that is considered as endangered in the IUCN Red Data List, an international list on the status of various animal species.

Since April this year, the PNHZP is closed for visitors as ordered by the Union ministry of environment, forest and climate change for all zoos of the country in the wake of the global Covid-19 pandemic.

The pandemic also deferred a plan made by the state forest department to release four pandas from the Darjeeling zoo — with radio collars — to the Singalila National Park on the Singalila Ridge, said an official of the department.