Statehood focus back on Darjeeling

Binay Tamang camp of GJM issues statement saying that 'in the interest of national security, the BJP must create Gorkhaland' 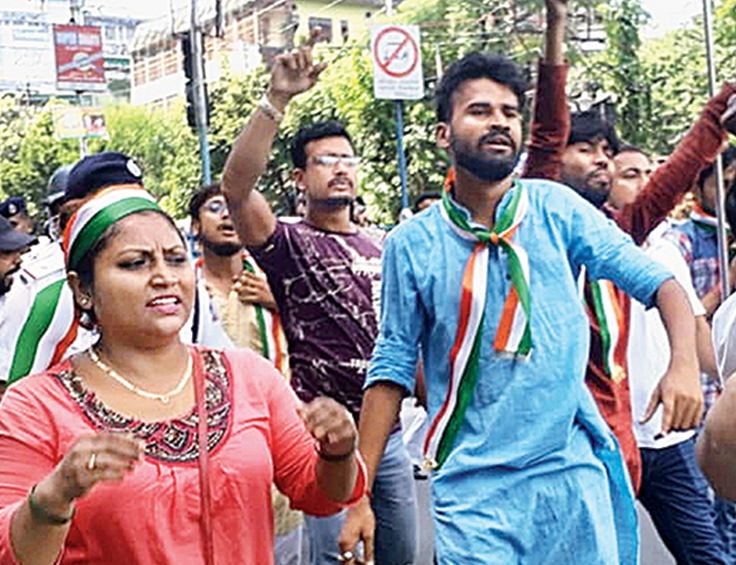 The ripples of the Centre’s move to carve two Union territories out of Jammu and Kashmir were felt in far-away Darjeeling with almost all hill parties renewing the pitch for a Gorkhaland state.

As the issue of separation of the hills from Bengal got a new lease of life, the Binay Tamang camp of the Gorkha Janmukti Morcha issued a statement saying that “in the interest of national security, the BJP must create Gorkhaland”.

The Tamang camp is an ally of the ruling Trinamul, which opposes the statehood.

Tamang has been raising the statehood demand since his camp’s defeat to the combine of the Morcha’s Bimal Gurung group, BJP and the GNLF in the Darjeeling Lok Sabha and Assembly seats this year.

“Against the wishes of the common people of Jammu and Kashmir, the BJP government bifurcated the state. Senior leaders (of Kashmir) were put under house arrest. This political development suggests the BJP government can do whatever they wish,” Tamang said in the statement, adding that a meeting would be held after Independence Day to chalk out the future course of action on the issue.

The general tone of Tamang’s statement, however, gave an impression that the camp is trying to corner the BJP-Morcha (Gurung camp)-GNLF alliance. “Bimal Gurung, Roshan Giri, Raju Bista, GNLF and all those who supported the alliance should come clear on their stand and put pressure on the BJP government for a favourable decision on Gorkhaland,” said Tamang.

“The decision will stop infiltration into Kashmir from Pakistan. A similar situation exists in Bengal. We are worried that infiltration from Bangladesh into Bengal could create another Kashmir,” Gurung’s statement said.

Demanding a National Register of Citizen (NRC) in Bengal, Gurung said: “I would like to appeal to the Centre that to provide justice to nationalist Gorkhas, the proposed Gorkhaland area should be brought under Centre’s administration, like in Kashmir.”

The GNLF and ABGL (Pratap Khati camp) also welcomed the Kashmir decision, hoping a solution to the Darjeeling problem would soon be worked out.

Jana Andolan Party leader Amar Lama did not comment specifically on the merger but said “today’s development suggests that if Parliament wants, any decision can be taken”.