Four persons suspected of the smuggling were arrested 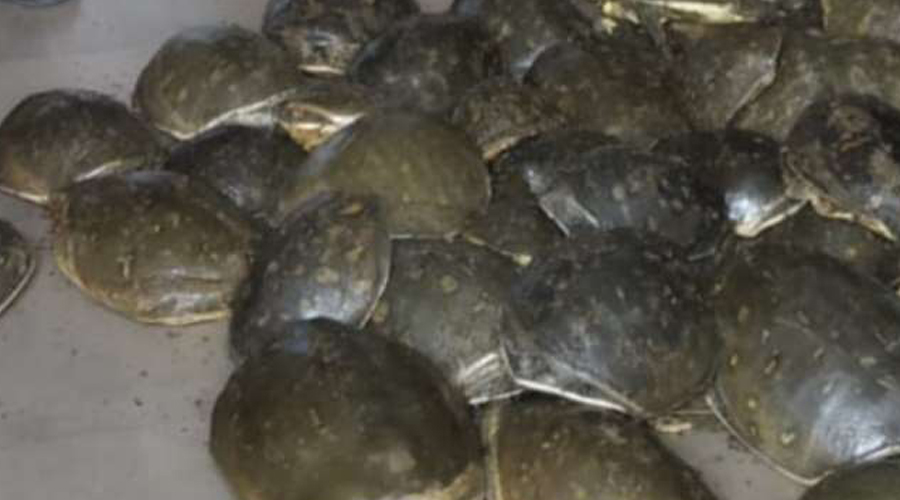 Four persons suspected of smuggling the turtles — brought from Uttar Pradesh in sacks and hidden under vegetables  — were arrested.

Dilip Agarwal, a prominent  businessman of Siliguri, was intercepted  by CISF personnel  at Bagdogra Airport on Saturday, with Rs 40 lakh in cash. The CISF informed income tax  officers who also went to the airport. Sources said Agarwal could not clarify why he was carrying the cash.