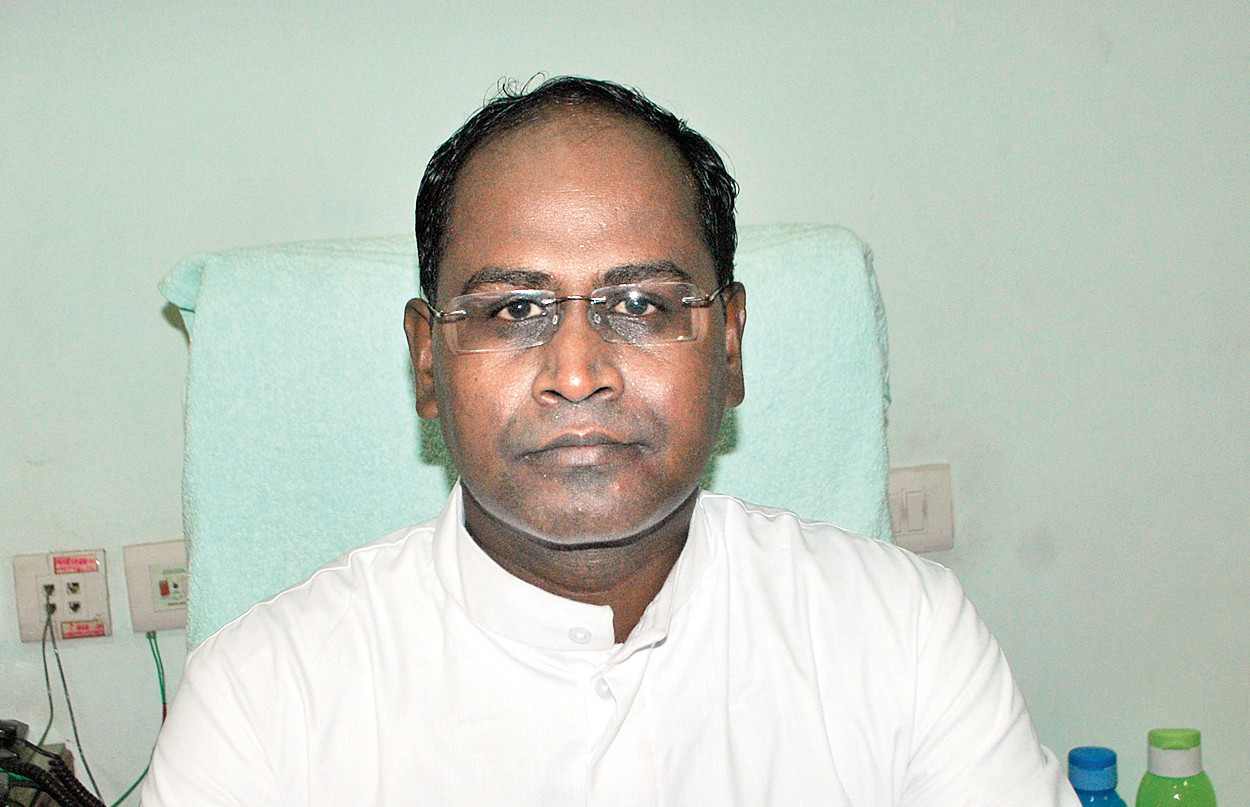 A doctorate in biotechnology, Thamacin, 44, has worked as a teacher and the superintendent of the hostel at St Paul’s School in Raghabpur, South 24-Parganas.

The provincial of Calcutta Jesuit Province, Father Raphael Joseph Hyde, had appointed Thamacin as the new principal nearly a month ago when the school was closed for summer vacation. He took charge on Monday when the school reopened after the holidays.

Thamacin later told Metro he was happy with his new assignment. “St Xavier’s School Calcutta is one of the best institutions in the state. I want to help the institution reach a higher level. I hope to achieve the new goal by introducing new and modern teaching methods and new technology-enabled education.”

He said he planned to upgrade the school’s “overall infrastructure facilities”.

At all Jesuit-run institutions there is no fixed tenure for the heads, Father Dominic Savio, the principal of St Xavier’s College and the school rector, said.

Jesuit fathers can be posted anywhere at any school according to the requirement and they may have to serve an institution till the time it needs his service, Savio said.

The provincial decides on the appointments of principals and where they are to be posted, he said. “Father Thamacin is a highly academic person. He has a long teaching experience. At the same time he has the experience of running a school administration. We are confident that this school will achieve new heights under his leadership.”

Thamacin has been associated with teaching and managing administration of Jesuit-run schools for almost 19 years.

“He has the expertise to deal with young students. This experience will help in the school’s all-round development,” Savio said.

Outgoing principal Thomas will head a Jesuit-run school for tribal students in Hooghly’s Pandua. He will be on a sabattical, though, for a few months before taking up the new assignment, Savio said.