His oxygen saturation has been consistent, organs are functioning normally and all other parameters are fine 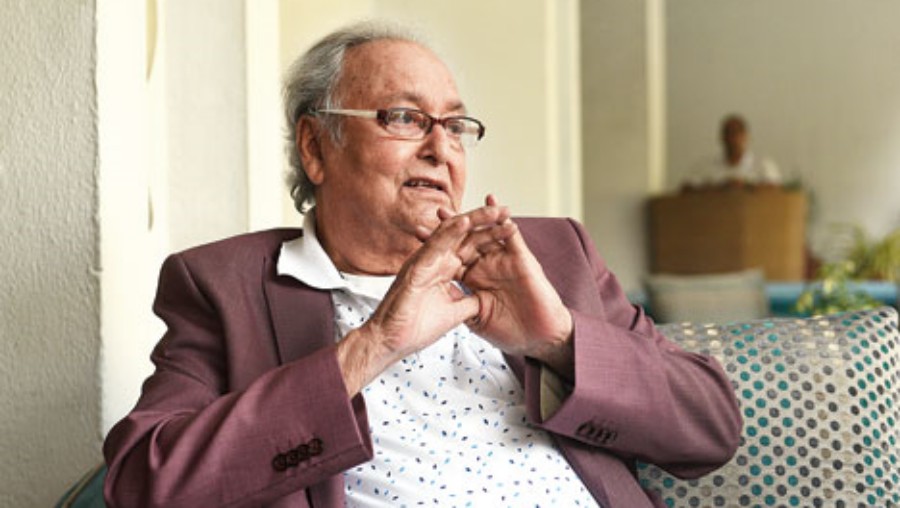 Veteran actor Soumitra Chatterjee's health condition is improving gradually and the octogenarian is speaking a few words, opening his eyes as well as responding to verbal commands, doctors said on Sunday.

Chatterjee's oxygen saturation has been consistent, his organs are functioning normally and all other parameters are fine, they said.

"Mr Chatterjee is doing fine and gradually improving. But we have some ways to go for his complete recovery and going back home. He doesn't have any corona-related lung issues.

"We have reduced the oxygen requirement as he is still holding on to his saturation which is above 96 per cent to 99 per cent," Dr Arindam Kar, leading the team of doctors to treat the veteran actor at the medical facility, said.

According to the doctor, Chatterjee being drowsy is their only concern at the moment.

"The only problem that we are facing is his consciousness. He is presently drowsy but completely arousable. He is responding to verbal commands. He is trying to recognise people, intent of speech but he is only speaking some words. We are also concerned about his age and the comorbidities he is having," Dr Kar said.

The veteran actors's daughter Poulomi Basu said "Baba (father) is improving and his vital parameters are okay. But we are told that doctors are working on his neurological side which needs improvement."

Chatterjee is still made to listen to music of his choice and on Saturday evening he communicated with his daughter when she visited him at the hospital, the doctor said.

The actor has developed no new complications and has no fever, he added.

"We are reasonably sure that he will recover from this deadly disease and in the coming four to five days he will be in a much better state," the doctor added.

The critically acclaimed actor, who has the rare distinction of having worked with maestros like Satyajit Ray, Mrinal Sen, Tapan Sinha and Tarun Mazumdar, was admitted to the hospital here on October 6 after he tested positive for Covid-19.

He had to be shifted to the ITU after his condition deteriorated.

Chatterjee tested negative for Covid-19 on Wednesday after which he was shifted to a non-Covid ITU for treatment.