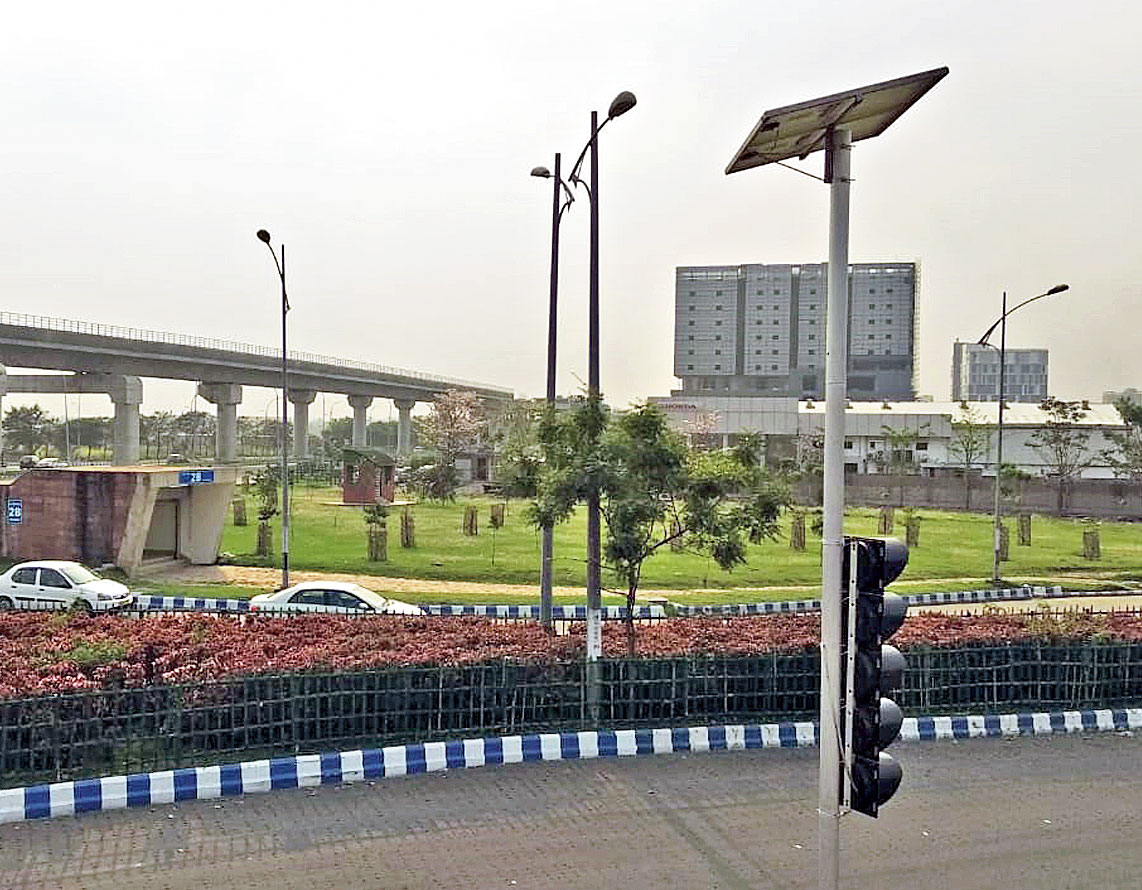 Street lights that brighten by up to 40 per cent when it detects an approaching vehicle will be installed in all three action areas of the township.

These lights turn on automatically when it gets dark and can turn off when there is ample daylight, said an official of Hidco, which is responsible for the infrastructure in New Town. Street lights all over Calcutta are at present controlled manually from several operating centres.

“The results have been quite satisfactory and we intend to replace all the conventional LED street lights into such units in phases. There are 6,971 street lights in New Town,” said Debashis Sen, the chairman-cum-managing director of Hidco.

In the first phase these lights will be installed in Action Area I, Sen said.

Metro had reported in March that a pilot project was being implemented in New Town to try out smart street lights before installing them in the township in phases.

Each 180-watt LED street light has a main control panel at the top that acts as its “brain”, a Hidco official said.

The control unit has infrared sensors and controllers to detect vehicle movement. The lights will operate at 60-80 per cent of their capacity when traffic is thin and become brighter when vehicle movement increases. The units are equipped with photosensitive sensors that can measure the ambient light around it.

Sen said the smart LED lights would help save electricity and ensure the streets light up when it gets cloudy or foggy and even in dusty conditions.

All the control units will be connected to each other through a central data centre and can be monitored and even operated using an app downloaded on a smartphone. All the functions can be controlled remotely through a computerised system as well.

An official of the Hidco’s lighting and electrical systems department said work was expected to start in the next couple of months.

Apart from the lights, Hidco has installed solar-powered traffic lights on the Major Arterial Road (MAR) at the Akankha crossing.