Six Sikkim residents, including one IRB constable nabbed with tusk 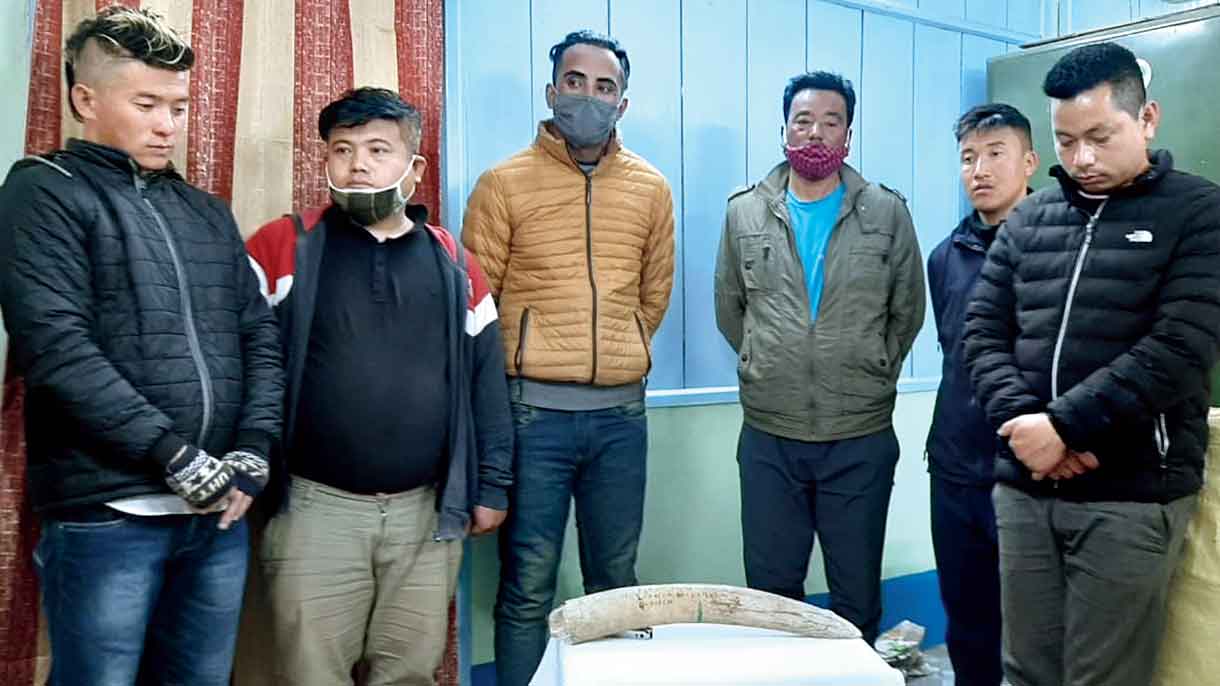 Six Sikkim residents, including a constable of the India Reserve Battalion (IRB), were arrested with a tusk early on Monday from the Dooars area of Jalpaiguri district.

A forester said IRB constable Ganesh Chhetri was the alleged mastermind of the racket. “We suspect he used his work identity to conceal the crimes,” the forester added.

According to sources in the forest department, the team was tipped off about an animal parts deal to be struck at a roadside eatery in Odlabari, under Malbazar subdivision of Jalpaiguri, some 40km from here. A team led by Sanjay Dutta, range officer of Sarugarah forest range of Baikunthapur, reached the spot.

“Around 2am, we spotted the group in front of the eatery. As we challenged them, two fled but the remaining six were caught with a vehicle. We found an elephant task weighing around 1.19 kilos, in their possession,” Dutta said.

He added that they could not produce any document to prove the legitimacy of the ivory.

Those arrested were identified as Gandup Lepcha and Samson Lepcha of Sombarey, Dhan Bahadur Pradhan of east Sikkim, Rohit Tamang of Arithang, Dawa Sherpa of Namchi and Ganesh Chhetri of Upper Kolthang, and produced at the chief judicial magistrate’s court in Jalpaiguri and sent to judicial custody for 14 days, a source said.

Foresters came to know that the seized tusk was extracted from a wild elephant poached in Assam. “The arrested persons are habitual poachers and have killed at least 15 wild animals that include elephants, rhinos and even the clouded leopard. They have managed to sell animal parts and made Rs 1.5 crores,” said a forester.