First-person accounts contest the administration’s claim that the central forces had fired to protect themselves, their weapons and EVMs from a violent mob 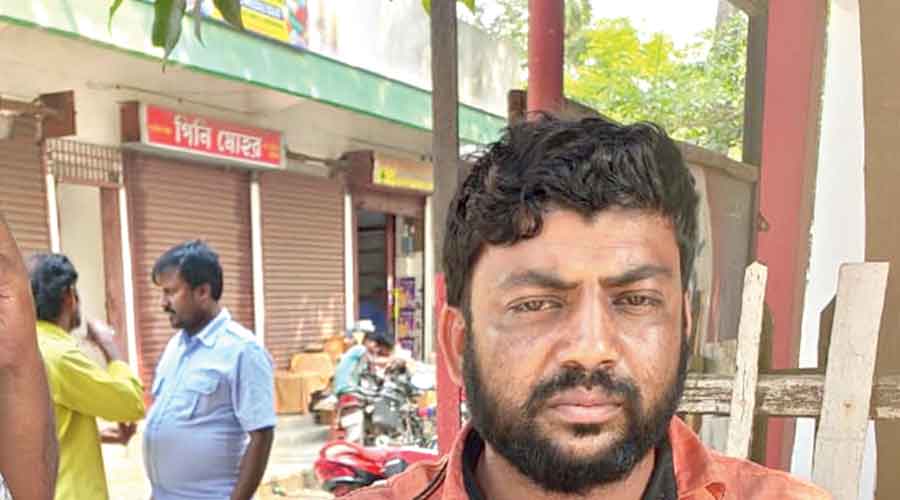 Fear hung heavy over Jorpatki on Monday, two days after the central forces had shot dead four voters at the village, part of the Sitalkuchi Assembly constituency in Cooch Behar.

Several people in the Muslim-majority village of 1,400-odd told The Telegraph that they had witnessed Saturday’s firing near Booth 5/126 at the Amtali Madhyamik Siksha Kendra.

Their first-person accounts, published below, contest the administration’s claim that the central forces had fired to protect themselves, their weapons and the electronic voting machines from a violent mob.

One of the villagers said he had seen Samiul Haque, 21, being shot in cold blood by a jawan whose stick he had grabbed to stop him beating his brother Sahidul.

I was standing in queue to vote along with hundreds of other villagers. Suddenly, a group of villagers — men and women — gathered on the metalled road near the booth. They seemed agitated and were shouting at the top of their voice.

I got curious and stepped out to check what the commotion was about. Some of them told me they were protesting the central forces’ assault on a local boy, Mrinal Haque.

As others, too, began leaving the queue and approaching the agitating crowd, the central force personnel suddenly chased and attacked us with batons.

While they were beating the voters, several youths took out their cellphones and began recording the assault. I think that infuriated the forces. Some more people had by this time gathered near the booth.

Suddenly, we saw the security men wielding firearms instead of batons. They began firing at the youths who were filming the happenings, and I could see at least four youths slump to the ground. As they lay on the ground, the men in uniform snatched away their cellphones. I was numbed by the sudden development, but I ran for my life.

Since then, the incident has been playing on my mind. I have thought about it over and over and I’m convinced there was no reason for the forces to fire. The grievances of the villagers, who were agitated because the boy had been beaten up, could have been resolved through talks.

This morning, I went to Mathabhanga police station and filed a complaint. I think we deserve justice.

Minati Burman (in saree), the health worker deputed at the booth to screen voters
Telegraph picture

Minati Roy Burman, a health worker who had been posted at the booth to screen voters with a thermal gun

I was posted at the booth to screen the voters and provide them with gloves. Everything was fine till 9.30am. There were around 200 voters in the queues.

Suddenly, I saw another group of men and women walk towards the booth in an agitated manner. Soon, a quarrel broke out between them and the central force personnel. I could hear from a distance that the crowd wanted to enter the booth premises. I heard some of them accuse the forces of beating up a boy.

There was pushing and shoving. The men in uniform resorted to a baton-charge to break up the crowd. I felt insecure and locked myself in a room at the booth. After a while, some local people came running to take shelter in the room. I then heard repeated gunshots.

From the window, I could see people running helter-skelter amid intermittent gunshots.

After some time, I came out of the room and ran. I live at a village about 5km from the booth. I sought help from some local people, who showed me a short cut out of the village.

As I was about to leave the village, a group of women chased me and hit me on the head with sticks. A few local people came to my rescue and took me to a villager’s home, where they gave me water and nursed me.

Mehebul Kazi, who was in the booth as a reliever of the Trinamul agent
Telegraph picture

I was sitting inside the booth as a backup for the Trinamul polling agent. Voting was going on peacefully. I could hear people shouting over something outside but had no inkling what was happening.

Suddenly, the situation seemed to heat up with some people gathering outside the booth. I could hear central force personnel alerting each other. Soon, the queues disintegrated and I heard shouts.

As I walked towards the booth door, I saw the security personnel carrying out a baton-charge to disperse the crowd. The commotion caused the voting to stop.

As the baton-charge continued, I saw local youth Sahidul being beaten up by a CISF man. This prompted his brother Samiul (one of the four slain youths) to intervene. He somehow caught the jawan’s baton.

The security man immediately let go of the baton, grabbed his gun and shot Samiul. It’s a sight I shall never forget — a cold-blooded murder happening right in front of my eyes.

Soon, a few more gunshots were fired. I was shaken to see at least three bodies lie near the booth but was too shocked to leave the booth. After some time, as the polling team left, I, too, walked out and ran back home.

I cannot understand what made the CISF fire at the voters. The people had some grievances; I believe they could have been resolved in some other way.