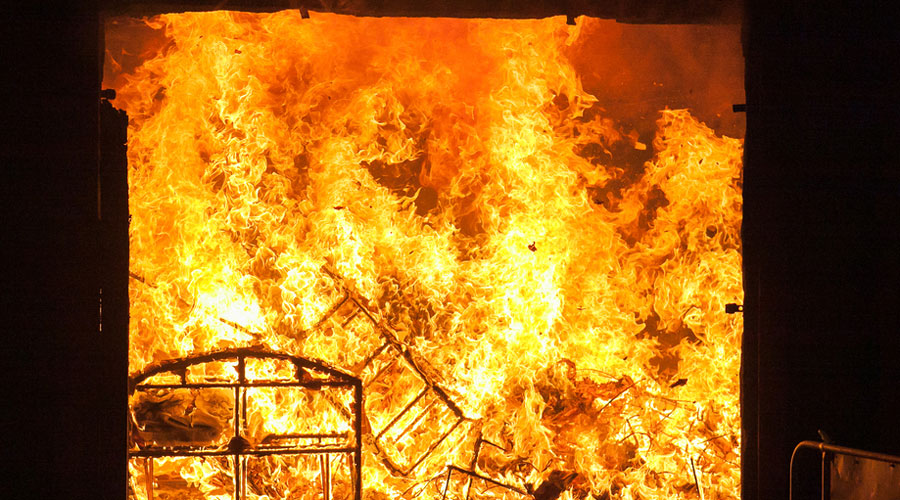 A fire broke out at the Sick Neonatal Care Unit of the North Bengal Medical College and Hospital here on Tuesday early morning, triggering evacuation of 56 infants admitted there.

The blaze that started from a fan’s regulator prompted the authorities to inform the Siliguri Fire Station. Even before the fire brigade reached the spot, the flames had been extinguished by those present at the hospital.

When the fire occurred around 3.30am, 56 infants were at the SNCU and all of them were evacuated from the ward immediately.

An on-duty nurse has suffered a minor injury in the blaze, sources said.

“All those children under treatment at the unit were immediately shifted. We suspect the blaze has occurred because of an electrical short circuit. Nurses and some parents helped us shift the children,” said Kaushik Samajdar, the superintendent of the NBMCH.

Last year, a fire had broken out at the Critical Care Unit of the hospital.

“These intensive care units are very sensitive areas of the hospital. There are so many gadgets at the units. On a regular basis, we examine the electrical points and the distribution cables to ensure that safety parameters are not compromised. Even then, we will conduct a probe to know what led to the blaze,” Samajdar said.

After the incident, all the children were shifted to other wards.

The electrical connections would be checked, necessary repairs would be taken up and the whole unit would be sanitised before it is reopened, said a source.