It has been found that in 50 reserves of India, there are around 500 villages where 40,000-odd families reside 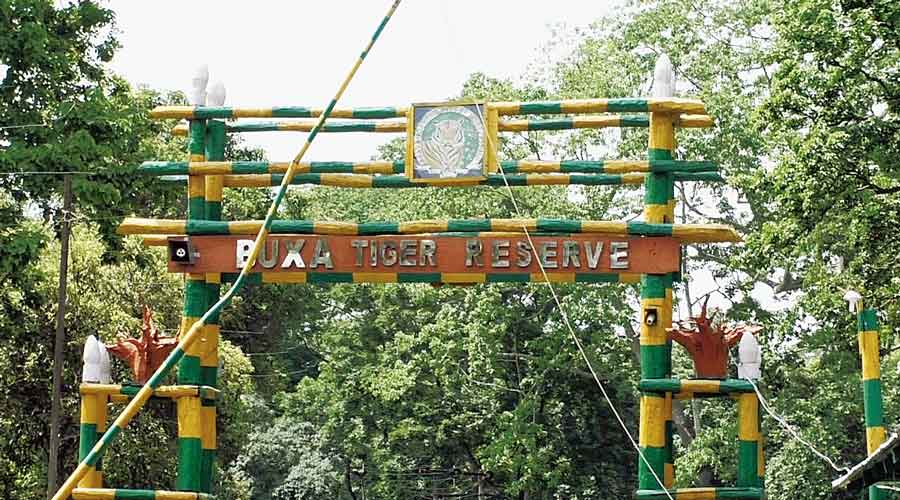 The sighting of the royal Bengal tiger at the Buxa Tiger Reserve (BTR) of Alipurduar after a gap of some three decades has made officials of the state forest department draw up plans to relocate residents of villages in and around the tiger reserve.

Sources in the department said that altogether there are around 35 such villages in the BTR area among which 15 villages need to be relocated for the safety of residents and wildlife.

“Around 15,000 people live in these villages. Among these, dwellers of three villages need to be relocated immediately, especially because the presence of the royal Bengal tiger in the forest area has been proven,” said a source in the department.

Back in 2007, the central government had drawn up a plan to relocate villages within the tiger reserves in the country. It has been found that in 50 tiger reserves of India, there are around 500 villages where 40,000-odd families reside. So far, around half the residents, living in 210 such villages, have been relocated.

The initiative started in Bengal, but eventually the process didn’t end. It had also led to protests from some villagers and social organisations.

Earlier this year, compensation payable to each family was increased from Rs 10 lakh to Rs 15 lakh by the National Tiger Conservation Authority which has encouraged some villagers, particularly the younger ones, to move out.

“Senior citizens in these villages are hesitant as they have stayed there for generations. The youths want to shift outside the forest for better access to education, healthcare and jobs,” said a senior forest official.

The sighting of the tiger and its pugmarks in different locations of BTR has prompted the forest department to send their teams inside the villages and make them aware about safety. The department has confirmed that the pugmarks are of the same tiger.

“Forest villagers are being told to stay indoors from evening onwards till daybreak and to inform us immediately if they see any wild animal in their area,” the forester added.

Representatives of the Uttarbanga Van Sharmjibi Manch, a social organisation fighting for the rights of forest dwellers, said the department should initiate talks regarding relocation in a transparent manner.

“There should be proper discussions with the people and all information regarding relocation and benefits should be elaborated to these villagers. Only then can a solution be reached. In 2007, there was lack of transparency in the process, which is why the state had stumbled on relocating the dwellers,” said Lal Singh Bhujel, convener of the Manch.